In April of last year, Blackbaud Institute for Philanthropic Impact released their study on the Next Generation of American Giving detailing the giving habits of each generation from the Greatest Generation (they call them “Matures”) to Generation Z. This was the third in a series of studies that started in 2010 (studies completed in 2010, 2013, and 2018). Researchers surveyed 1,339 donors from a group controlled to be a nationally-projectable sample of donors.

The study showed both consistency in some patterns and significant shifts in others between the 2013 and 2018 surveys. Understanding the differences in how each generation gives and which groups are giving the most will help your organization maximize the returns as you enter the most generous season of the year.

Who is giving the most?

As a group, Baby Boomers are giving the most, donating $58.6 billion per year. 75% of Baby Boomers donate to a charity each year, and their giving totals 41% of all donations made to U.S. nonprofits. Matures give the most as individual donors each year at $1,250 per person, almost $190 more per year than Baby Boomers at $1,061 per person. 78% of Matures donate each year. While the per person giving amounts dropped for both groups compared to 2013, these two generations remain the top donor groups for individual giving. Blackbaud anticipates that Baby Boomers will remain the top donor group for the next ten years.

While Gen X did not give at these high levels in 2017, more than 20% of survey respondents indicated plans to increase giving in the coming year. Blackbaud points out that this generation is coming into their highest earning potential years, so tapping into their donor potential now is in the best interest of nonprofits.

How to Make an Impact

Younger generations look for options other than donations to make an impact. Donors from Gen X and younger want to get involved in your mission through volunteering, word of mouth, crowdfunding, or donating items from your organization’s wish list. To engage these younger donors, consider diversifying your ask. Include options that let them donate time, talent, creativity, or tap into their network on your organization’s behalf.

Mobile giving is the rising star of nonprofit fundraising. We have seen a substantial drop in the number of people donating through direct mail (dropped from 49% of respondents in 2010 to 23% in 2018), but email appeals and the variety of social media channels did not pick up the slack. The array of donation options that were thrust on donors in a short period of time seems to have muddied the waters too much and contributed to the decrease in donations. One area of giving that was consistently popular with the three youngest generations and moderately popular with Baby Boomers in the Blackbaud report was mobile giving. Updating your website and features to maximize the use of mobile giving appears to be a worthwhile investment.

As you plan your giving season appeals, consider the giving platforms that are most effective for different donor groups. Include opportunities for donors to contribute to your organization by non-financial means. Make the most of this time of year and set your organization up for success in 2019.

*All charts from Blackbaud Next Generation of American Giving report
**Birth years added to chart in “Giving by Generation in 2018” – years are stated in text of report, but did not appear in original image. 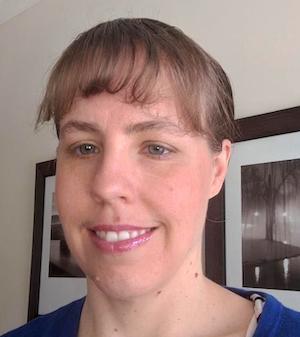 Ellen Stone
Ellen Stone served in organizations working with individuals with disabilities for over fifteen years, progressing from direct care positions to an executive director-level position. She has a comprehensive background in engaging and advocating for people with intellectual and developmental disabilities in the delivery of services across the nonprofit sector. Working within the disability sector provided her with the opportunity to work with nonprofit, public service, and government organizations in the fields of health, education, employment, public policy, housing, recreation, and community services. She understands the challenges of working in small nonprofit organizations. There is never enough time, and every staff member wears many different hats! The Executive Director, in particular, seems to need a degree in business, human resources, nonprofit management, and the specific area of the organization’s mission. She enjoys putting her knowledge to work supporting nonprofits - consulting in fundraising, grant writing, and capacity building, and working with the nonprofit staff to ensure the long-term sustainability of organizations that are vital to thriving communities across the country.

Nonprofit Grants – Getting Your Ducks In A Row