Nonprofits And Bitcoin – Cryptocurrency Fundraising For The Future

Let’s start with the basics. Bitcoin was launched on January 3, 2008, in the midst of the financial crisis and bank bailouts. Why does that matter? Bitcoin is a digital cash with no middle-men, no central authority, and truly peer-to-peer in a way that couldn’t be censored or controlled. This was particularly appealing during a financial crisis where the big banks got bailed out while the average person got left behind. The government printed money like never before to pay for quantitative easing in an attempt to save the economy, devaluing everyone’s savings in the process. With Bitcoin, there will only ever be 21 million coins in circulation.

Since then, the cryptocurrency market has grown to include over 3,000 digital assets. We are currently at a stage similar to the mid-1990s of the internet and tech boom where the technology is still in its early days. Which is exactly why you want to position yourself as a leader in this space. Imagine being one of the first nonprofits to have a website or to accept credit card payments. 10-15 years ago not every nonprofit accepted credit card donations. Now everyone does. Cryptocurrency will be no different and those that realize it’s potential earliest will be those that benefit most.

The largest US-based cryptocurrency exchange already has more than 35 million users and is adding tens of thousands of new users per day. This makes them larger than any stock brokerage, such as Charles Schwab or TD Ameritrade.

Yes, but not very many. Something along the lines of 1%, but we will see this number increasing quickly. The nonprofits that have an active strategy to engage the cryptocurrency community will be the most likely to succeed in the early adoption phase. Some organizations already accepting cryptocurrency donations include the United Way, Charity Navigator, the Lupus Foundation of America, the Human Rights Foundation, Red Cross, UNICEF, and Mercy for Animals.

Over the last two years, we’ve seen hundreds of millions of US dollars worth of cryptocurrency donated to the small number of nonprofits that currently accept it. Some of the most notable donations include $100M+ to Fidelity Charitable, $29M to Donors Choose, $4 million to the Ellen Wildlife Fund, $50M to a dozen universities, and $56M to almost 60 different charities from an anonymous donor. These are just some examples of the most public donations, but it just a sample of the donations being made by those who have generated a considerable amount of wealth in this space. The next generation of tech millionaires and billionaires are being created in the cryptocurrency industry. The next Amazon and Facebook will come from this space.

The next generation of tech millionaires and billionaires are being created in the cryptocurrency industry.

Why are people donating in cryptocurrency?

How can my organization get started with cryptocurrency?

At BlockShop DC, we are educating organizations on how to take part in and benefit from this growing industry. For nonprofits, this means learning the basics about the technology, becoming equipped to accept cryptocurrency donations, and building relationships in this community. If you’re in the Washington DC area, stop by for one of our happy hours. Otherwise, feel free to reach out to us to schedule a free educational session.

This Article originally appeared on Nonprofit Tech For Good and is featured here with Author permission. 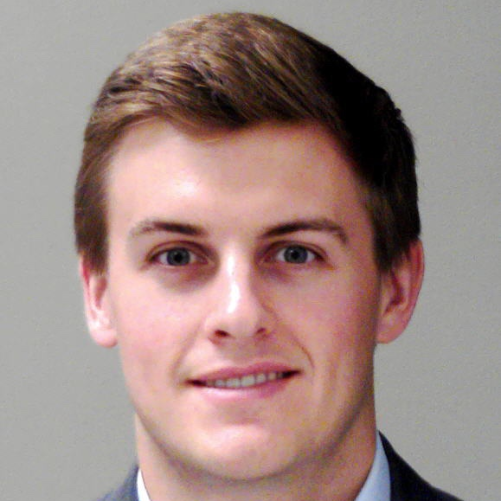 Alex Wilsonhttps://www.thegivingblock.com/
Alex Wilson, Founding Partner of The Giving Block, works with nonprofits to educate them about cryptocurrencies like Bitcoin and equips them to accept crypto donations. He is also the Director of BlockShop DC, a blockchain incubator hosting 5 startups in Washington DC.