Who are these people?  Why are they dirty, disheveled and walking the streets of my neighborhood?  I can’t go anywhere without seeing them.  Anywhere.  Their tents and shopping carts and bags of filthy belongings are a blight on the landscape.  Why can’t they find somewhere else to go?  Their presence disturbs me in a primal way.  As if they are capable of destroying all that I have built.  As if they have nothing to lose.  As if they have turned a manic, threatening eye to my placid, ordered existence.  It’s not fair.  I have worked hard for my slice of the pie.  They have nothing to lose.  The collision of those two trajectories fills me with dread.

Why are there so many of them?  Why do their numbers seem to be increasing exponentially?  Who are they?  One of them is my son.

He is thirty-three years old and has been spiraling down for years.  At first, it was the loss of a crappy job.  Then it became the inability to find or hold another crappy job.  A woman he was living with told him to leave.  The love of his life.  Fear then took over.  Fear of failure.  Fear of being alone.  Fear of disappointing his parents.  Fear of everything.  All-consuming, constant fear at this level has consequences.  It is not sustainable.  There must be relief at some point or there will be collapse.  The rational solution would be to rectify the bad choices that had brought him to this point.  But my son wasn’t rational.  For him, relief beckoned in the form of a bottle.  And he ran to it.  Alcohol created a numb space where the fear could be held in abeyance for a little while.  A black void where the shrieking voices taunting him for his weaknesses could be stilled.  Temporarily.  But they always came back in the morning.

Every single person in the city sitting on curbs staring vacantly at the parade of passing cars.  It is apocalyptic, a lost episode of the Twilight Zone.

There are almost 60,000 homeless people in Los Angeles County.  Imagine the entire population of Gardena, California or Bristol, Connecticut wandering the streets, going through trash cans searching for discarded food, fighting over scraps of soiled bedding, sleeping on benches or under bushes. 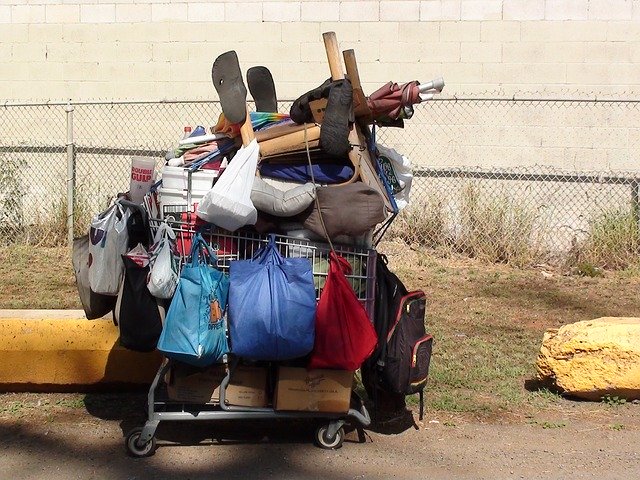 Every single person in the city sitting on curbs staring vacantly at the parade of passing cars.  It is apocalyptic, a lost episode of the Twilight Zone.  Every demographic is represented: young teens who hate high school and their abusive parents but love crack cocaine; single mothers who can’t afford a studio apartment and end up living in their cars; veterans who can’t reconcile the chaos and madness of combat with the deceptive serenity of normal life; men and women of all ages who feel like they don’t belong, don’t fit in with their work/home environment.  This past summer, my son joined their ranks.  He slid quietly and anonymously into this slipstream of misery.

At first, I was relieved.  Relieved?  How could that be possible?  How could the specter of my son wandering the streets of the San Fernando Valley, confused, scared, hungry and alone not make me want to get in my car and keep driving until I spotted him?  Because he had become an inconvenience.  His continued erratic behavior and seeming inability or unwillingness to do anything to improve his circumstances irritated me.

I saw him not as my son, who needed help, but as a drain on my time, energy and money.  An alcoholic and a liar who would say or do anything to avoid the responsibilities and challenges of the real world.

Sometimes I wished he would just disappear.  Shamefully, I played out fantasies where he moved to Miami and simply vanished from the radar screen.  Out of sight, out of mind.

But he wasn’t gone.  He was wandering around Los Angeles, begging for food, sleeping on deserted loading docks, drifting through a dense fog of hopelessness and despair.  Every week or so he would collapse somewhere, the police and paramedics would be summoned, and he would be conveyed to one of the psychiatric hospitals and placed under a 72-hour hold, or a “5150”.  This is for people who demonstrate through words or actions that they want to hurt themselves or others.  Those are the magic words– “I want to kill myself”– that unlock the resources previously unavailable to desperate, homeless people.  Short of that, the police and paramedics who respond to inert bodies on public sidewalks can only ask the person to move along.  Move the problem down the road to the next community.  The problem.  That’s what my son had become. 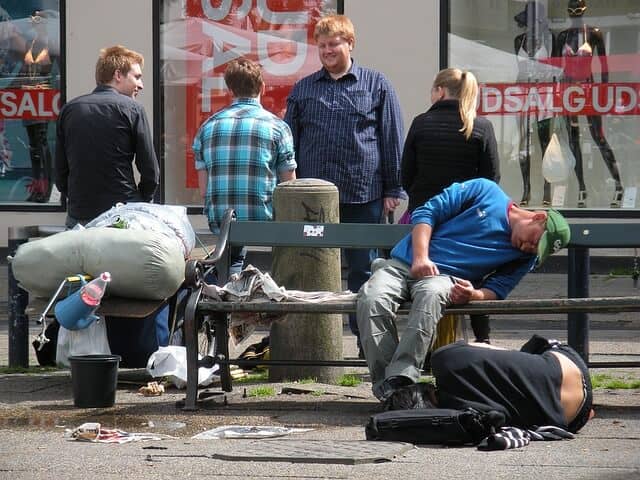 Olive View Hospital lies at the foot of the San Gabriel Mountains at the northeastern end of the San Fernando Valley.  Pacifica Hospital is a few miles to the south.  These are the beaches where the delusional and suicidal wash up.  They are always at full capacity.  As soon as a bed opens up, another lost soul is brought in.  It is mental and emotional triage. The doctors, nurses and social workers who are assigned to these facilities show up every day and attempt to manage the continual onslaught of people at the end of their rope.  They are caring.  They are empathetic.  They are good at what they do.  And they are overwhelmed.  They are directed to stabilize the patient with antipsychotic drugs and then release them back to the streets.  Stabilize and release.  Stabilize and release.  This is not a sustainable protocol.

You might ask, why not let him live in my house?  Give him a safe harbor, protected from the howling winds of a chaotic world.  Maybe it is the responsibility of an empathetic parent to sacrifice personal wellbeing for a troubled son.  The answer is two-fold.  First, he is an adult, manifesting extreme behavior that would be continually disruptive to the peace and harmony of my household.  Second, if I allowed him to move in, he would never move out.  Never.  He would have no incentive to engage with the real world, find work, risk failure and rejection.  It would become a hermetic cocoon, an isolation tank that would magnify feelings of paranoia and insecurity, day after day, until the slender reed of self fragmented once again and he found himself knocking on the door of another hospital.

So what is the answer?  From my experience, three things come to mind: medication, therapy, and shelter.  Anti-psychotic drugs are essential to ameliorate the roller coaster of emotions plaguing many homeless people.  Without the ability to think clearly, bad choices inevitably result.  Regular, on-going psychological and behavioral therapy is also critical.  Weekly monitoring, group workshops and individual sessions are necessary to address addiction issues and provide a roadmap toward self-sufficiency.  Finally, shelter.  Without a safe, clean place to live, the chances of emerging from this hopeless, precarious existence are slim.  When you are constantly afraid of being arrested or assaulted or robbed or ridiculed, no amount of drugs or therapy can mitigate the gnawing, constant sense of dread and insecurity.

But housing is expensive.  Who’s going to pay for all the units needed to accommodate all those who have nowhere to live?  The answer is you and me.  We are already paying for services that nibble around the edges.  It may be nothing more than a matter of reallocation of resources.  In Finland, the government has spent almost $500,000,000 to build new housing for thousands of homeless Finns.  They estimate that this amount will be substantially offset by the reduction of money currently being spent on social services, healthcare, and the judicial/criminal system.  Since it’s launch in 2008, Finland’s homeless population has fallen by more than 35%.  What is the alternative?  Turning a blind eye to the homeless encampments lining the freeways?  Hurling invective at desperate men sleeping on park benches?  Shaking an impotent fist at the hordes of vacant-eyed people flooding the peripheral streets and alleys of downtown Los Angeles?

My son is off the streets now and living in a board-and-care facility.  He is taking his meds.  He has a caring social worker who checks up on him regularly.  He has a mother who has always been his greatest advocate.  And now I am starting to show up as well.

He is slowly re-integrating himself into the myriad demands of normal life.  Is the problem solved?  I am not naïve enough to believe that years of inner turmoil can be resolved in a few weeks.  But he is beginning to resemble again the son I watched perform confidently at his high school talent show in front of 600 people.  The son with a great capacity to love.  The son who deserves a better life.  But what if, in spite of intensive therapy, he still can’t hold even a crappy job?  What if, in spite of constant love and affirmation from his family, he still can’t make friends?  What if, in spite of the efforts of psychologists and social workers, the stark loneliness and brutal sense of failure recur and drive him into the void again?  Then we will start the process all over again.  And again.  And again. 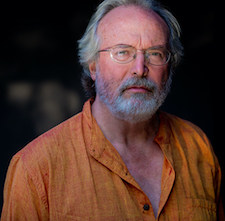 Kevin Kelly
Kevin is fond of saying he was born in Texas, raised in Colorado, and corrupted in California. A filmmaker for 23 years, he wrote and directed commercials, documentaries, and dramatic films for companies running the gamut from TRW to Microsoft to Disney. For the past twenty years, he has taught filmmaking at an inner-city Los Angeles high school. Kevin’s novel, Ride The Snake, available on Amazon as an eBook, is loosely based on his life growing up in the ‘60s.