My Story of Surviving Schizophrenia

Have you ever been asked to do something you didn’t want to do? I have.

When I was 22, my health was taken from me. My body started to experience a lot of pain. I developed schizophrenia. It is said that about 75% of people with schizophrenia hallucinate. However, I never did.

I had muddled through my university years, not feeling the best, but I could still do a lot of things. I was getting mostly A grades in my engineering degree, I was on the university rowing team, and I had even cycled across Canada.

But when the disease hit at 22, it hit hard. I went to the university health clinic, and they took me to the local hospital. This would be my entrance into the mental health system. They got me on a medication, which I took faithfully. I was very depressed, as well as anxious, and together with the primary diagnosis of schizophrenia, I wasn’t in good shape.

I would be in the psychiatric ward of the hospital six or seven times throughout that year (1994), and then I would spend the next three years in a group home. In 1997 I finally got an apartment on my own, and as scary as that was to take a big leap like that, I did it anyway.

When I cycled across Canada, I learned the importance of pacing myself. On the bike, if I got a burst of energy and wanted to pedal faster, I had to remind myself that there was a long way to go that day and I didn’t want to burn out too early. I used that mindset of pacing throughout my whole recovery.

In 1997 I got a job doing some data entry for the government. I also started reading books on how to get myself better. Learning about mental health, people skills, diet and exercise, and finances — necessary life skills — was one of the best things I did in my recovery. Even though I had schizophrenia and couldn’t do a lot of the things that I was learning about, there were a lot of things that I could do even though I had schizophrenia. And for the things that I couldn’t do, I still had that knowledge.

I didn’t like feeling excluded from things. I do wish more people had reached out to me to hang out and spend time with me throughout my recovery. Socialization was vital in my recovery, and I don’t think people realized that.

Sometimes people would tiptoe around me. People wouldn’t know what to say, or they would feel uncomfortable around me.

Some people wouldn’t change how they dealt with me at all. They would talk to me like I wasn’t even sick in some ways (although they knew I was ill for sure). They would joke and be upbeat, and I liked that. When others got down, it would often bring me down. As much as I knew that I was sick and I knew how severe my disease was, a lot of the time I just wanted to go through my day and at least try to feel like I was doing normal things.

When the 2011 tsunami hit Japan, people tried to return to normality as much as they could, even with all the devastation around them. I felt the same way. A lot of the time, I just wanted to talk about usual things. But sometimes I also wanted to talk about the seriousness of what I was going through. I had no problem talking about my experience with mental illness. But I felt many other people felt uncomfortable talking about it with me.

I wanted to talk about the way the disease made me feel, just as much as you would tell a doctor, when you have a cold, how you feel. Your throat might feel a little scratchy. Or your head hurts. Is it a dull pain or a throbbing pain? Do you have a fever? Where does it hurt? You don’t tell your doctor your deepest, darkest secrets when you’re talking to them about your cold.

I think people blow it out of proportion sometimes. For me, I didn’t feel like talking about mental illness had to be that big a deal.

When the disease first hit me, it felt like I was starting on an impossible journey. Like trying to run the 100-meter dash in five seconds. It felt like surviving this disease wasn’t even humanly possible. But that’s just the way it makes you think. That’s not the truth. The truth is you can do so much more and fight for so much longer than you could ever imagine.

You have a lot to offer this world. Please don’t give up.

I am 48 now and am finally experiencing peace and contentment. I am experiencing real freedom from the disease. Yes, I still take a medication, but it is a small price to pay for feeling alive again. To be able to make jokes again. To feel the wind on my face. To feel the warmth of the sun on a beautiful summer day. To feel relaxed. To not have to fight for each moment. To enjoy each moment. These are real treasures.

These days I advocate for mental health in developing countries. It is rewarding helping other people.

Originally published at https://www.thevoicesofhope.org on May 3, 2020. 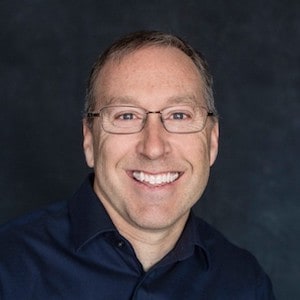 Matthew Dicksonhttps://www.mindaid.ca/
Matthew Dickson bicycled across Canada at the age of 20, but shortly afterwards he developed schizophrenia, and was forced to alter the course of his life for many years to get through the disease. While working on his recovery in his home country of Canada, his heart went out to people with mental illness in developing countries, as they had it much worse than he did. After successfully recovering from schizophrenia, Matthew now helps people with mental illness in developing countries so they can get access to basic mental health care through his Mind Aid platform.