It’s resolution time again. You know, the annual New Year’s ritual whereby we all promise we’ll eat better, exercise more, be better people—in other words, lie to ourselves until February, when we’ll give up the whole charade as a lost cause, plop ourselves in front of the TV and eat a half-gallon of ice cream while watching a Say Yes to the Dress marathon on TLC.

Unless this year is different.

Not different in terms of outcome—the resolutions as charade are a given, as is the follow-up ice cream and the mindless television—but different from the start, especially if the primary resolution is one of absolution.

As in, absolution from guilt. As in, I will resolve to do all those really great things, and then, when I inevitably fail miserably, I resolve to not feel the least bit guilty about it, because no one is that wonderful. And ice cream is really, really good, so why shouldn’t I stick a spoon in a container and eat the whole damn thing if I want to?

That’s it. The perfect resolution. I resolve to stop feeling crappy about myself when I fail to live up to the ludicrously impossible standards we all feel compelled to set for ourselves at the beginning of a New Year.

Does that mean I won’t try to be better, do better, look better, etc., etc.? Nope. I’ll never stop trying. But I think what I will do is stop beating myself up when I fail to ever look like Jennifer Anniston (I mean, really, give it up, already), be as poised and graceful as Julie Andrews (Maria Von Trapp—in the guise of Julie or Carrie Underwood—I ain’t) or sell as many books as J.K. Rowling (why didn’t I write that story about a boy wizard when I first thought of it?).

I will stop chowing down on a plate of delicious French fries, immediately following up the experience by whining, “Oh, why did I eat those?” then vowing to starve myself for the next three days, failing epically and perpetuating the cycle with more fries. Instead, if I occasionally indulge, I’ll relish the moment and quite possibly wash it all down with a large glass of wine—and no guilt.

I will wear the awesome heels I just bought at an after-Christmas sale without mentally lamenting, “I shouldn’t have bought these.” (They were on SALE, okay?!) Instead, I will appreciate the fact I can still rock a pair of heels since the days of sensible shoes are closer than I’d like.

I will stop doing squats in the kitchen while I’m making dinner just because I didn’t exercise that morning. (Who does that? A lunatic, that’s who.) Rather, I will calculate any and all bodily movement as a form of exercise. This will include aimlessly wandering around the house in search of my cell phone as well as trips from the couch to the refrigerator during television commercials. If at any time, I am overcome by a desire for genuine, sweat-inducing exercise (not likely), I will take a guilt-reducing nap. That should stifle the impulse. 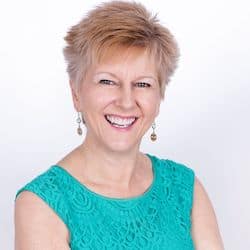 Mary Fran Bontempohttps://maryfranbontempo.com/
Mary Fran Bontempo is an award-winning 2-time TEDx speaker, author, humorist, and media host who teaches audiences to uncover their Brilliance and Resilience 15 minutes at a time. A sought-after presenter for corporate and association events, Mary Fran is author of The 15 Minute Master, Brilliantly Resilient, and The Woman’s Book of Dirty Words and co-founder of the Brilliantly Resilient programs and media. Mary Fran proves small changes can create life-altering transformations, allowing individuals to be positive and successful in a rapidly changing world. A Huffington Post, Entrepreneur.com, and Thrive Global contributor and columnist for numerous websites, Mary Fran created a life-affirming brand of wisdom and wit after meeting the challenge of her son’s heroin addiction. A frequent media guest and speaker, audiences of all ages delight in her empowering and entertaining message. Find her at www.maryfranbontempo.com and www.brilliantlyresilient.net.

What Is “COVID Tired?”