My Circle of Control

In early June, I wrote about the adventures Anne and I had moving into our new home. The weekend before last, we had a couple, Roseann and Dave, from the community from which we moved come to dinner on Saturday night. We itemized the travails of our move, talked about how many weeks of work it took us to get settled, and listed the things we’ve yet to do:

When we finished all that, Roseann and Dave were staring at us as if we were from another planet.

Roseann said, “You don’t seem upset by any of that.”

Life is About Choices

The conversation recalled something introduced to me by my friend, Jenny Morgan. One day, during a Zoom call with Jenny, she held up what looked like a circular paddle. The images below were on opposite sides of the paddle: 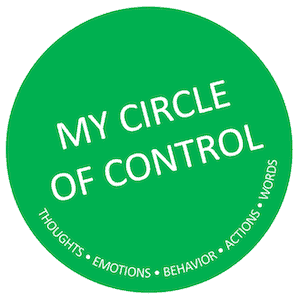 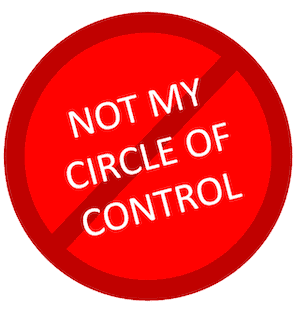 I asked Jenny to send those images to me. She did. I made paddles for Anne and me. We keep them on our desks. I don’t know that I’m ready to say we’ve mastered the Circle of Control. But we’re getting better at it. And we’re constantly amazed at the number of things we used to sweat that we now realize constitute the small stuff.

Wisdom is Where You Find It

I love the fact that I acquired a bit of wisdom in a Zoom call with Jenny. I never saw it coming. But that’s the way that particular cookie crumbled.

I didn’t have to control it. All I had to do was accept it.

Agents of Ourselves: Part Twenty-Two