My Case For Rural Broadband

One of the items currently working its way through Congress and many State legislatures is more funding for rural broadband service. Several bills have passed in recent years to provide service to veterans living in rural areas, to promote greater internet access to farming communities and country libraries, but they haven’t gone far enough to close the gap between urban and country connectivity. For those living in cities and suburbs, this might seem an arcane subject, hardly worth mentioning. But as with the rest of our country’s infrastructure, our national internet service is in desperate need of attention in these remote areas, and its implementation has far-reaching implications that will affect the entire country.

Back in the 1930s, our country faced a similar situation. By then, that great invention, electricity, had brought the marvels of the Twentieth Century to most of America. Our cities were transformed into bustling centers of commerce that could run 24/7 thanks to factories and businesses that weren’t dependent on daylight to operate. Electricity led to the creation of more powerful equipment that enabled builders to create bigger and taller structures, time-saving appliances and useful gadgets for consumers, and thousands upon thousands of other items that made life more exciting and transformed our society into what was then called the modern era.

However, rural America was left out of this party. Isolated towns and farms were too spread out to make running electric lines profitable for private companies. Less than one hundred years ago, while a quarter to a third of farmers owned cars and tractors, they went home to houses with no electricity, running water or refrigeration. By all accounts, by 1930, only ten percent of rural America had electricity. That’s why the Federal government stepped in and created the Rural Electrification Administration to bring electricity to the most remote areas of our country.

Cut to today. Another revolutionary invention, broadband, has again transformed our culture, creating a society nearly totally reliant on our smartphones and the internet. Once again, many areas outside our metropolitan zones have been unable to take advantage of these technological advances. It costs millions upon millions to create infrastructure over great expanses, and like with electricity and interstate highways in the past, I believe it is up to the state and federal governments to bring the internet to all. I had to come to this understanding the hard way, from personal experience, when I moved from super-fast broadband availability in Los Angeles to rural New York State. Even though my house was only 100 miles away from New York City, my options were limited. Genuine high-speed internet was non-existent. I lived too far out of town for cable internet. My choices were either super-slow DSL, which required me to maintain a landline, which I didn’t want, or satellite internet.

If you’re like most users, with multiple smartphones, laptops, smart appliances and the like all running at the same time, that speed drops precipitously.

I must tell you, the commercials for satellite are compelling, filled with beautiful people happily logging on to their computers and games in their picture-perfect rural retreats.  The reality is far different. The highest speed available is 25mb/sec, a rate that’s so slow by urban standards it would make any gamer laugh out loud at the concept. I should add that that speed only holds true if you’re operating one Wi-Fi device at a time. If you’re like most users, with multiple smartphones, laptops, smart appliances and the like all running at the same time, that speed drops precipitously.  When I called the company to complain that I got the dreaded rotating circle of death every time I tried to stream a movie on Netflix, I was told it was my fault. I had thirteen devices hooked up to Wi-Fi. Who keeps track of these things? I couldn’t even identify what they all were.

Those highly stylized commercials also tout that they have no data limits. What that means is that if you use up all your allotted data in a billing period, they don’t cut you off from internet service entirely; but they reduce the speed down to 1mb/sec, or just enough to make sure your email gets delivered. That’s right. With satellite internet, you pay for data. Now, I ask you this: How much data do you use a day? I bet you don’t know since most people pay for unlimited data with the variable being speed. I certainly didn’t know and within a month learned that the plan we signed up for was insufficient for our needs. This means we usually run out of our allotted monthly data around day 20. Definitely no Netflix for me then.

That’s why my husband and I were excited to see a local phone company running high-speed fiber optic line down our street this past summer. But as of this writing, there are no plans to offer us service any time soon, as the company is still considering whether they can do this at a profit. They’re not the only rural company grappling with this, nor am I the only rural customer seeking affordable high-speed broadband. Federal subsidies would help companies like this expand their service and open even more remote areas to the internet that most of America now takes for granted. Whether that’s what those in Congress are thinking of doing or not, it’s certainly a good place to start.

Of course, this is not just about my ability to watch Netflix. Once high-speed broadband is available everywhere, more businesses might find it attractive to move to the country, where costs are lower, the land is plentiful, traffic is manageable and the quality of life is less stressful. Those wanting to flee urban congestion might also be enticed to flock to the countryside, creating a demographic shift with far-reaching consequences. But that’s a subject for another day. 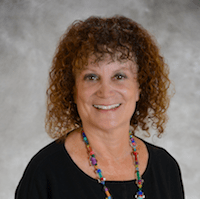 It’s Time To Erase Victim From Your Vocabulary