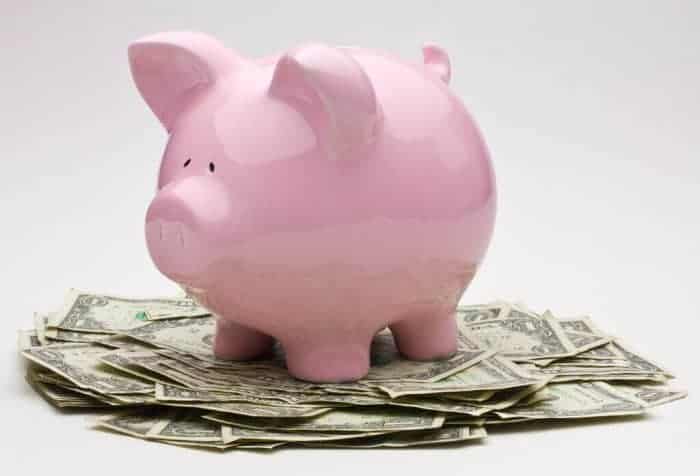 Trying to save money when you’re a teenager or young adult isn’t the easiest thing to do. Otherwise, the world as we know it would be a different place. What makes saving at a young age so difficult? First, there are countless things you want to buy (like clothes and shoes) and lots of friends encouraging you to buy them. Another reason millennials might have a hard time saving is due to their income-to-spending ratio. In other words, they’re spending more than what they make or get as an allowance, and as a result, these circumstances prevent them from saving money.

It doesn’t always have to be that way though, right?

Of course, not, there are plenty of money-saving tips for millennials that can change their financial situation. Financial tips that will work no matter how small your income is; all you have to do is listen to your grandparents (or elders). While grandparents usually act as authoritative figures in the family, they also get chances to influence and, most importantly, educate their grandchild on their wealth of knowledge when it comes to financial advice. So why not listen? Especially since the many grandparents today lived through the Great Depression and still managed to save money, run a business, and plan for their retirement.

Begin Saving for Retirement Immediately: Retirement is something everyone dreams of. Why? Well, because it provides individuals with a chance to kick back, relax, and enjoy the finer things in life after years of working; if there’s anyone who has knowledge about retirement, it’s your grandparents. If you think saving money is tough now, just imagine trying to save when you’re older on a fixed income.

With that in mind, begin saving for retirement as soon as you start working. That’s the only way to ensure that things work out in your favor 40 or 50 years from now. The more you save, the more you’ll have when you retire and the less you’ll have to worry.

Another thing to keep in mind is that Social Security benefits are one of the many things that can change for millennials and generations to come. According to the U.S. News, the Social Security trust fund will be exhausted in 2033, which is three years sooner than the last projection. This doesn’t mean that Social Security funds will be cut entirely. It does, however, mean that funds after 2033 will be cut by 25 percent unless changes are made to the system — changes that create a balance between generations without putting the country in a crisis.

Don’t Take on Student Loans You Can’t Afford: Given that there is over $1.3 trillion in student loan debt, it’s no wonder why it’s become the second-largest consumer in the debt category (behind mortgages). So before taking loans out to fund your education, talk to your grandparents and get their perspective on things. They might address things you haven’t thought of yet. For instance, with their knowledge of debt, they might encourage you to verify that the money being spent on college tuition will one day pay off for you in the long run. Otherwise, you could be stuck with a useless degree that won’t even come close to covering the huge debt you’ve taken out for it.

That’s why students should always try to get as much free money as possible when it comes to their education. No, not just from grandparents, but from grants, scholarships, and other third-party endorsements. Once you’ve gathered as much as debt-free money as you can, the next step is submitting a financial aid form to see just how much money you’ll need to borrow based on your aid and federal loans. Remember, federal student loans typically have regulated interest rates and flexible payment (income-driven) options, which is just one of three ways to handle student loan debt. These options are designed to keep you in good standing financially after you’ve graduated. If, however, the gap is still too large, then consider taking out a private loan — after consulting your grandparents.

Just like any other loan, the more you prepare, the less of a financial burden you’ll feel in the future. If you aren’t sure whether or not your degree will help you financially, in the long run, consider an alternative option and not borrow at all or think about switching your major.

Research shows that 63 percent of millennials are, in fact, saving their money and putting it away. On the contrary, 75 percent of those surveyed in the same study said that they believed their generation has fallen victim to some of the financial stereotypes placed upon them as they continue to overspend on unnecessary things.

In this case, the magic ingredient isn’t how much you make, but how much you save. That said, if you focus on only what you need, you’ll resist the urge to overspend and purchase unnecessary items — even if you’re new to the working industry.

So, the next time your grandparents offer you financial advice, take a moment to sit down and listen. The experiences they’ve lived through could end up helping you overcome some of your financial obstacles later on down the road. Plus, you’re also spending quality time with them, which is something they usually cherish.

Thanks for taking the time to read this article! Did I miss anything important? What are some other money-saving tips Millennials can learn from their grandparents and elderly folks in their family? Feel free to leave a comment below.