In June of 2015, a young cartoonist, Nate Fakes, and I launched BizComics. (For some history on that, please see this book: The Lunatic Diaries: Random Notes from BizComics.) In May of 2017, I wrote a blog post for BizComics, along with a cartoon to accompany it. Both of them were intended to be at least partly facetious, at least darkly humorous. The post published on the 10th of that month. Since then, in ways I could never have imagined or would have wanted to, that post has become more relevant, more chilling, and more alarming in its indications that some terms — like progressive, for example — have, in fact, come to mean their antonyms.

I’ve rendered that 2017 post in this video. It doesn’t make me comfortable or happy:

A year and a day after I published that blog post, this was posted on YouTube. To paraphrase Andrew Sullivan’s comments in the video (without his permission, of course) this is the United States of America. It is not the Divided States of Groupthink, Oppression, Victimization, and Grievance. And it will no longer be united — it can’t be — if we’re not free to exercise our Constitutionally guaranteed right to free speech and peaceful protest.

Congress shall make no law respecting an establishment of religion, or prohibiting the free exercise thereof; or abridging the freedom of speech, or of the press, or the right of the people peaceably to assemble and to petition the Government for a redress of grievances.

And just this past Friday, the same Andrew Sullivan published this commentary in New York magazine’s Intelligencer Newsletter. I dearly hope you’ll read the whole thing. I implore you to take this to heart:

Question any significant part of this [woke dogmatism and ideology], and your moral integrity as a human being is called into question. There is little or no liberal space in this revolutionary movement for genuine, respectful disagreement, regardless of one’s identity, or even open-minded exploration. In fact, there is an increasingly ferocious campaign to quell dissent, to chill debate, to purge those who ask questions, and to ruin people for their refusal to swallow this reductionist ideology whole. The orthodoxy goes further than suppressing contrary arguments and shaming any human being who makes them. It insists, in fact, that anything counter to this view is itself a form of violence against the oppressed … You are either with us or you are to be cast into darkness.

Aside from the fact that the mob rule and intimidation we’re witnessing, tolerating, and, in some instances, condoning are prima facie illegal, are we really unwilling to say those things are unacceptable in a society we take to be civil, the law notwithstanding? If the Constitution isn’t the standard for free speech, what is? If we aren’t willing to defend the Constitution and our right to free speech, will we defend anything? If we can’t find what used to unite us in the United States — and know we share that, regardless of the nature of our disagreements — can there ever be common ground?

I don’t overlook, defend, or undertake any attempts to justify any of the wrongs of the past. But how sad and ironic is that, in a language that’s reduced phrases like moving forward and going forward to meaningless jargon — (“We’ll be looking to making some improvements moving forward.” “We’ll be implementing this, that, or some other damn thing going forward.”) — we seem Hell-bent on believing we can fix our current problems by looking back? 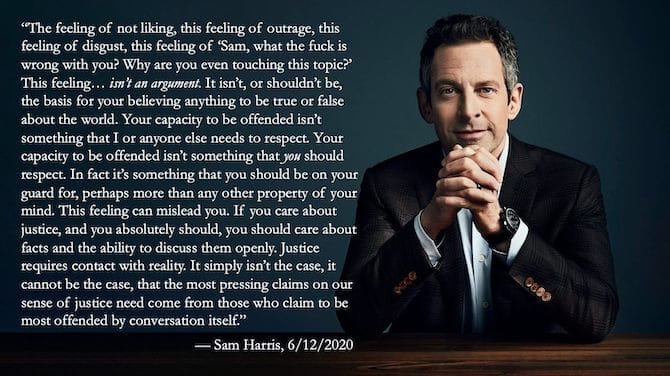 I know it’s hard to fix the tires on a moving car. But if we don’t get the ride of this 244-year-old experiment in individual liberty smoothed out pretty soon, the wheels will come off.

Let’s find some courage and some civility, shall we?

The only thing of which we should be intolerant is mob rule.