The biggest reason why there is so much stigma around mental health (e.g., addiction, depression, eating disorders, etc.) is because the way we’re thinking about the issue is fundamentally incorrect. For centuries we have believed that a person has complete control over their actions and behaviors and if they do anything that is harmful or destructive then they must be “out of their mind” and thinking irrationally. We’ve firmly concluded that any person who does something “bad” and hurts themselves or others means they are stupid, crazy, weak, of poor moral character, or are cognitively impaired. Therefore, anyone who cannot “manage” their behaviors is a “lesser” person so we stigmatize them and feel superior.

However, what if a person doesn’t have near the “control” over their behaviors as we believe? What if most of your behaviors are subconsciously driven and more a function of “automatic” responses that you’ve used to manage the environment and situations you’ve been exposed to? What if a person has experienced extreme or some other consistent, emotional pain in their life? If you knew a person has suffered repeated painful experiences in their life what would you think of them? Would you judge them poorly for being subjected to pain?

It is human nature to feel empathy and compassion for anyone who is suffering. A person who has experienced pain will do anything to ease that pain. Perhaps the reason why an “intelligent” person becomes a drug addict or depressed is not because they’re weak or “bad” people but because this behavior helped them deal with their emotional pain and suffering, now, even if it has negative long-term effects.

If we update our understanding of “why the behavior” and realize it is more likely due to emotional pain and suffering already experienced, then perhaps the mental health stigma will simply end because the root problem is not “choosing to be bad” but rather a “survival mechanism” that eases the immediate pain in a way that works for them.

With this alternative perspective, perhaps we can see peoples’ true suffering and approach them with compassion rather than judgement, with love rather than hate & anger, with acceptance rather than more rejection which probably caused the problem in the first place.

We stigmatize someone because we judge ourselves as better when the truth is we’re adding to the emotional pain that person has already suffered. What kind of a person are you if you’re contributing to someone else’s pain?

It’s time we flipped the paradigm from mental to emotional and understood that anyone behaving destructively needs our compassion, understanding, help, and love more than anything else. 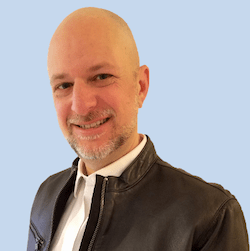 Numbers In Business Aren’t Everything