Member of The Tribe

This story is a celebration of how interconnected we are as human beings.  Something that has become increasingly apparent during this season in our lives.

I love traveling, airplane bars, airplane stories, and airport people watching, just not flight delays.  Several years ago on a flight to DC, I chose to sit in the very last row when paying my ridiculous change fee to an airline, which shall remain, unnamed but starts with an “A”.  I chose to sit in the last row because I like to be close to the lavatory.  One of those strange words most use in only one situation.  I have this thing about the fear of being far away from it, stuck in a middle seat, navigating the beverage cart or worse yet, having a window seat in the middle of the plane and making everyone get up more than once during an hour and a half flight.  So I chose the last row.

I was hoping no one would sit next to me as if I was riding on public transportation and giving the “stink eye” would prevent someone from actually daring to sit next to this menacing, 5’1, buck-five woman.  Then he came.  I heard the cough and I was like “Oh crap, a smoker.” The Smoker stood at my row to non-verbally communicate for me to get my ass up.  Then, right behind him, she followed.  The smoker took the window seat and she took the middle.  They looked Hispanic and also looked like “bikers” as in motorcycles.  I like bikers, they are typically friendly people.  This I know from my time dating a Harley tour guide who took me across the country on Route 66 with a group of 25 international “Hog” riders. Thankfully, I did not detect a hint of stale cigarette smoke emitting from her.  As we untangled our seatbelts I had one part of hers and she mine, the conversation began.

“I hope you won’t mind the smell of turkey and peanut butter”, I said. “I brought it for lunch”.

I don’t eat McDonald’s but I could tell by her dialect she was from another part of the country and by the way she pronounced “Mac” like “Mack”, whilst most people in Chicago pronounce the “Mac” part like “Mick” as in “Jagger”.

“What are you going to do in DC?” For some reason, I felt compelled to keep the conversation going.  I for sure thought she was going to respond with the usual touristy thing.

“We are meeting with the USDA”, she said.

“Are you a meat inspector?” I asked recalling my late father who while in the army was a meat inspector.  A little ironic to me given he was in veterinary school at the time.

“No, I am meeting with the USDA to get more food for my tribe”.  WHAT?  This was no Hispanic Biker!

“Your tribe?” I said with complete fascination.

So this is how one of the most interesting conversations I have ever had in my life began.  Roxanne is the Chairman of the Crow Creek Sioux Tribe from South Dakota.  Seriously, I can count on less than one hand how many people I have ever met from SD and aside from bikers visiting Sturgis, I have never met anyone who has been to SD that I know of and now I was sitting next to a Native American Indian.  I felt privileged, honored and fascinated.  I began gingerly asking her questions while checking with her that it was ok to ask.

We talked about everything from Bernie Sanders, alcoholism and the terrible meth problem with the youth of the reservation.  We talked about spirituality, the sweat lodge she had built behind her home.  The heated rocks and the prayer circle where Roxanne could see spirits and eagles. We spoke of buffalos, celebrational Pow-Wows.

We discussed poverty, casinos, land ownership and how the young people from her tribe meet others to marry without marrying into their own tribe to avoid marrying a relative.

We talked about smudging sage and tobacco for healing, how she often spreads these scared items around her home counter clock-wise as she prays.  We Googled her tribe and looked at images.  She would point to someone and tell me a story or that they were “Probably an Auntie”. 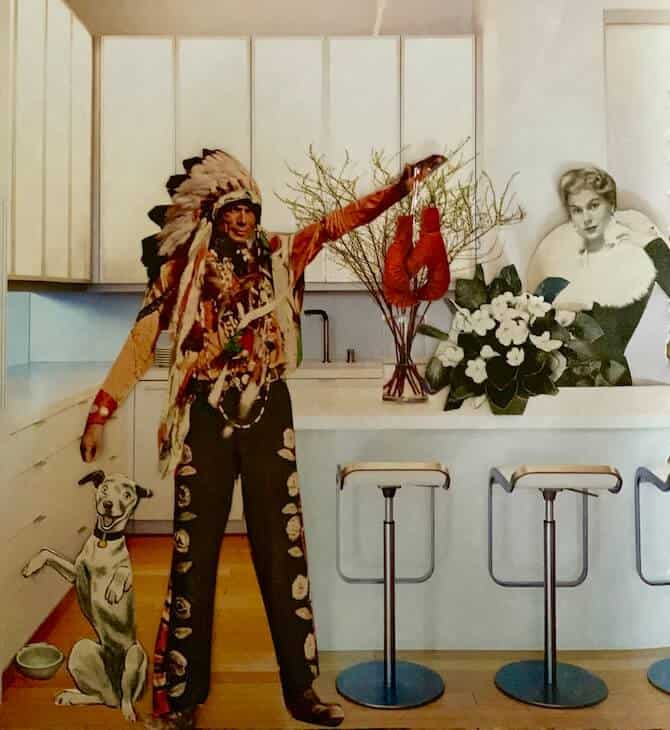 Just before I began to eat my lunch, Roxanne adopted me into the tribe.  She said, “We make this official by eating”.  Now a Crow Creek Dakota Indian adoptee, I happily ate my turkey and peanut butter on my gluten-free bread.

Roxanne was so gracious and forthcoming.  I must have asked her 100 questions while she held a small red cloth roll of sacred tobacco in her hand during the entire flight.  At one point, her ears began to hurt terribly and as I rubbed her back, she rubbed her pouch of healing tobacco around her face and ears.

When we landed, she thanked me for being so interested and for my desire to learn about her culture.  We both agreed it wasn’t about our backgrounds, we were two women who bonded on a spiritual level.

As we said our goodbyes, we hugged each other long and hard.  I have her address and plan on keeping in touch.  I hope to have the opportunity to visit my new friend especially now that I am an adopted member of the tribe.

I have had time to think about this extraordinary meeting.  If we would just be open and take the time to learn about the people who are different from us…well you know…I don’t want to end the story with a cliché.

This story is dedicated to Roxanne and my new tribe, The Crow Creek Sioux Tribe, Ft. Thompson, SD.

We are all connected.