I was most fortunate and surprised when in April of 2008 I received a call from my dear friend Mark Broxmeyer, who informed me that he had just accepted an offer to chair Senator John McCain’s fledgling Finance Committee. Mark, who since then, unfortunately, passed away, was a successful Long Island real estate developer, philanthropist, and committed patriot active in local and national politics. Mark asked if I would be interested in joining him as part of the Senator’s 2008 Straight Talking Bus Tour scheduled to commence in New Hampshire the following week.  I eagerly agreed, even though I was quite apolitical at that time and not leaning towards any particular candidate.

Being in my early fifties and admittedly jaded to politics, I had little expectations for this journey. However, after just two days with the Senator and observing his extraordinary style as he keenly listened to each person that he met with I could see his and genuine concern for what they had to say.  I can sincerely say that I walked away an admirer and humbled by his unwavering dedication to our nation, its citizens, and devotion to securing the human and civil rights of all people here and abroad.

I was not surprised to learn that the last chosen words shared with the American people remind us all of the extraordinary qualities that distinguished him to stand out among his colleagues in the Senate.

However, this opinion piece is not being shared as an alternative tribute to Senator McCain’s unique understanding of the American people nor for his deep dedication to his own constituency, all of which being are recognized conveyed much more eloquently through the hundreds of well-written testimonials coming from admirers on both sides of the political spectrum. I am taking this instant to focus us on a specific aspect of his message shared in just seven short paragraphs that may have not quite resonated as it should. I was not surprised to learn that the last chosen words shared with the American people remind us all of the extraordinary qualities that distinguished him to stand out among his colleagues in the Senate. However, what is most captivating is that he had the courage to include within this short message a dire warning concerning the dangers of hyper-nationalism, alluding to the rise of the “alt-right,” the white supremacists whom he reviled. And he invoked a slogan that predates the Nazis but was made popular by them: blood and soil.

“I lived and died a proud American,” said McCain, underscoring his warning with an eerie first person past tense use of the verb “die” perhaps only he could get away with. “We are citizens of the world’s greatest republic, a nation of ideals, not blood and soil.” He cast his warning in the context of the robust American interventionism he has always favored. “We have helped liberate more people from tyranny and poverty than ever before in history. We have acquired great wealth and power in the process,” McCain said. “We weaken our greatness when we confuse our patriotism with tribal rivalries that have sown resentment and hatred and violence in all the corners of the globe.”

As someone who has worked intimately with vulnerable communities here and abroad, more recently as senior fellow with the Miller Center for Community Protection and Resilience at Rutgers University, a unique initiative that seeks to protect and secure vulnerable populations in Europe and the Americas, we have personally witnessed the reemergence of hatred, xenophobia, and violence. With uneasiness over terrorism, our own children turning schools into killing fields, in some parts of the world a troubled economy, an ever-changing demographic base, and divided social media landscape has reinvigorated talk of subversive global enemies. President Obama’s election—then President Trump… were historic turning points, as these events have led to an amplified number of “mainstreamed” anti-globalist pundits. Seems though not many are paying close attention!

2017 Polls have indicated that millions of Europeans and unexpectedly many within the North American continent found fascist and ultra-nationalist views tolerable and acceptable. For the first time in over a decade, the United States has had consecutive annual increases in hate crime as well as disturbing spikes in incidents targeting Jews, Muslims, Latinos, and Sikhs. According to the FBI, the month of the 2016 election was the worst November for hate crime stats since the FBI began keeping track a quarter-century ago.

All this occurs amidst a backdrop of European governments having to socialize, care for and assimilate millions of refugees streaming in from war-torn regions of the Mideast and northern Africa. Most states were ill-prepared for the onslaught and dealing with their own citizens who have diminished trust in institutions and with the unprecedented breakdown in race relations, many believe the native populations may be losing their majority status. These developments and profound sociopolitical divisions have been further exacerbated by the social media landscape which has taken on a life of its own, in turn, become increasingly manipulated and prone to conspiracy theories.

The far-right and ultra-nationalists have proved to be a progressively powerful force in geopolitics over the last two years, particularly in the wake of the Brexit vote and recent geopolitical events throughout Europe. It appears that nationalist far-right movements are revolving and no longer just marginalized peoples whose politics have been forged in the fires of nationalist and anti-globalist ideologies.

Perhaps nowhere is this more apparent than in Europe, where some Jewish communities have openly questioned their government’s capability to provide protection from terrorist attacks. The psychological uncertainty and instability it creates can be devastating to everyday life. The extremists know this, and they are exploiting it. Jewish and other vulnerable communities abroad are not only rethinking their approach to security, they are already changing their daily routines, adopting new ways of doing things, and deciding when and where to go – from Synagogue, Mosque, Church, to the grocery store – based not on their desires, but on their fears and insecurities.

My work abroad has taught me that there is a childlike exuberance that continues to resonate within our democratic nations. They seem to take civil and human rights, and democratic values upon which their countries were created for granted; at their own peril.

Taken at an aggregate level, such an adverse public reaction can generate something that extremist organizations themselves cannot. This complex psychological process becomes an enabling tool for these groups to manipulate the public into helping deliver their strategic goals. The Ultranationalist movements take these democratic processes into account when planning their next move. They recognize that if their activities cause large-scale mobilization of the public to put pressure on their governments to change policies or positions, they could indeed enjoy agenda-setting powers over a democratic society. My work abroad has taught me that there is a childlike exuberance that continues to resonate within our democratic nations. They seem to take civil and human rights, and democratic values upon which their countries were created for granted; at their own peril. They have a trying time envisaging that their rights and freedoms can be manipulated in such a way as to threaten their institutions, national security, religious freedoms, personal safety, and most critical democracy.

I think the message is clear… we are leading towards the potential erosion of democratic laws and shared norms. This new paradigm is changing geopolitical calculations, it creates unprecedented risks of which we have not experienced since the 1930s. Senator McCain’s words should resonate. Just look at today’s headlines from Germany! 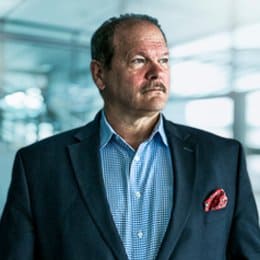 Disinformation Campaigns:  A Clear and Present Danger to Local, County and...

Bavarian Oktoberfest – Where “Middle Of Society” Folk Come to Celebrate.