Mask Of Money; Myth Of Meaning

Growing up, my family endured constant financial hardship. It’s incredible how money problems compound setbacks, multiply stress and divide relationships. One step forward, two steps backwards: an unfortunate waltz. I yearned to be more. Better. Bigger. I saw money as the pathway to all my dreams – the answer to everything I lacked.

THIS ARTICLE IS ALSO AVAILABLE IN AN AUDIO VERSION READ OUT BY ALEXANDER MICHAEL GITTENS.

On the first day of university, we were taught the goal of a business is to maximize profit. Instant infatuation. My entire life, I wanted to be the maximum of something. Anything. Profit seemed like the perfect place to start. New creed: black is good; red is bad. I was all in. I started countless business ventures, chasing shiny things and the validation I was sure would follow. I directed all my energy towards becoming accomplished and admired. But behind an appealing façade, my life was shoddy and shallow. There were cracks everywhere, and when the pressure increased, my entire structure collapsed. Worse still, after a decade in the real world, I had made no lasting positive difference. In that empty space between complete failure and the will to get back up, there is nowhere to hide.

There was a place, after my struggle and beyond the embarrassment, where I had to decide: what kind of man do I want to be? What do I want the sum of my time on earth to amount to? Letting go of my ill-conceived notions, I learned only two questions in life matter:

I seek harmony with the universe. I long to become the highest and best expression of my passions. I am determined to make the biggest constructive impact with my life producing value in legacy. In stillness, I realized, by answering these two questions, the beauty and mystery of life are revealed.

How do you know exactly where to invest your time and energy to become the best you can be? I had logged 10,000 hours learning the fundamentals of commerce, but I did not understand the building blocks of fulfillment. Where do you start? Clearly, financial success alone wasn’t the solution, but do you have to lose money to gain meaning? Questions: infinite. Answers: nil. But I know one thing for certain: I will no longer calculate my worth externally. Making money and doing meaningful things are no longer enough. My ambition has not only evolved – it has deepened. I want to be the most me: creating the maximum positive impact imaginable, crafting a life of both wealth and purpose. Indivisible. Categorical. Absolute.

There are those who think money is the only thing that matters, terminally ill with a disease called ‘more.’ Their conversations are selfish and one-dimensional, always trying to one-up those around them. And although we occasionally fantasize about having some of the toys they worship, we know there is much more to life.

Focusing your life solely on making money shows a certain poverty of ambition. It asks too little of yourself. And it will leave you unfulfilled.

Some say money is the root of evil, condemning luxury items, labeling such consumers greedy and shameful. They praise the possessionless monk and glorify the starving artist who shuns unrefined materialism for virtuous creativity. Another group believes money will bring them happiness – and they are not completely wrong. Psychologist Kahneman and economist Deaton famously concluded that happiness doesn’t really increase above incomes of $75,000 a year. Once your needs and some of your wants are met, money loses its ability to contribute positively to your happiness.

For most ambitious, well-balanced individuals, however, the concept of money is something different. Even though they rarely consider these nuances, money is simply a mask for what is important to them.

1. A Manifestation of Hard Work.

Not to be confused with bragging or showing off, accomplished people are proud of what they have achieved. Rather than an exhaustive measure of worth, money serves as concrete confirmation of their perseverance, a reward for providing value for others.

For entrepreneurs, this point is even more acute. After years of struggle, sacrifice, and well-meaning people telling them they won’t make it, money says they accomplished the seemingly impossible. In addition to a reward, money serves as confirmation, validation, and irrefutable evidence.

2. A Tool for Positive Change.

For some people, their ambition is not for themselves but for a cause they deeply believe in. For these individuals, money represents the altitude and access imperative to making the biggest difference.

3. A Conduit for the Life they want to Live.

Unlike those who believe money is the only pursuit that matters, many view financial gain as the avenue through which they will achieve admirable goals to see the world, bless loved ones, and freely go after their passions.

In these ways and more, money is a mask for what we desire:

When people say they want money, what they really want is wealth – there is a key difference. The problem is, the principle of wealth is even more misunderstood than common misperceptions of money.

When defining wealth, most people circle areas of money, power, fame, a luxurious lifestyle, and being successful. The reality of wealth goes far beyond that and is a lot simpler.

Wealth is stuff we want: food, clothes, houses, cars, gadgets, travel to interesting places, and so on. You can have wealth without having money. If you had a magic machine that could on command make you a car or cook you dinner or do your laundry, or do anything else you wanted, you wouldn’t need money. Whereas if you were in the middle of Antarctica, where there is nothing to buy, it wouldn’t matter how much money you had.

Wealth is what you want, nothing more or less. If what you want is tons of cash, authority, and celebrity status, then that is your definition of wealth. Interestingly, however, when you change the question from ‘what is wealth’ to ‘what do you want’, the same group who described wealth as ‘being successful’ change their answers considerably.

The list is not chronological, hierarchical, or exhaustive, but it illuminates a critical point: wealth and money are two different things. Just as ‘price is what you pay and value is what you receive,’ money is just one tool we use to get what we want.

Making money is fantastic. Money feels good, and earning money feels really good. There’s something particularly great when you earn it directly. I’m proud to have proved ‘my worth.’ And I’m still desperate to do something with my life.

Further elucidating the distinction between money and wealth is the priority many places on making a unique contribution to knowledge, society, and the happiness of others. These people aspire to give more than they take. They view winning by what they can create, not solely by what they accumulate.

What We Desperately Want the Most

There is fascinating polarity to the phenomenon of what we want. While people fundamentally want the same things, what we desperately desire is wholly linked to who we are at the very core of our beings.

Given that wealth is what we want, conscientious people will measure their lives, not by material possessions alone, but in their ability to make an impact reflective of their highest values. Transcending a perfunctory wish to strike it rich, these desires constitute the very molecules of fulfillment, the basic fibers of meaning. Removing the mask of money reveals the reality of wealth and exposes our hunger for meaning. It is what we want the most. It is what frustrates us the most. It seems so rare and elusive. And when popular beliefs reinforce destructive myths, the pursuit gets even harder. 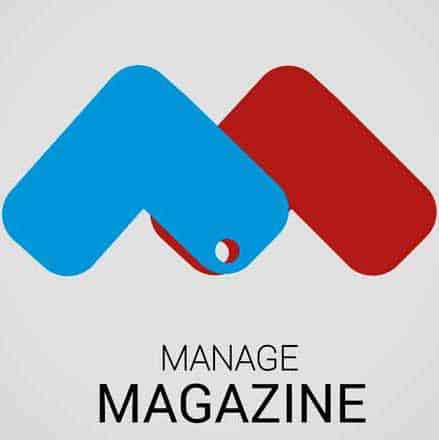 Bart Houlahan – I Want to Redefine Success in Business

Management of Climate Crisis and Planetary Boundaries through Eco Taxation