You heard me – MAPS, yes, the good old fashion maps. The thought came into my mind today as my lovely daughter returned from another one of her Bucket List Concert of rock stars. I think she may be trying to capture some of my Woodstock days as her own. Fat chance of that happening with singers doing antics while playing music so loud you can’t hear the lyrics to the songs they are singing while defying physics with their entertainment attics. She was all charged up and full of herself presenting a case like a Philadelphia lawyer as to why we needed to celebrate New Years out of the Forest at some party her friends were hosting.

Picture, it, New Years Eve 2014, my husband and I broke one or our golden rules and left the Forest to bring in the new year with the most persuasive person since Donald Trump. Naturally, her car was one of those fancy, dandy, new, burns no gas GPS map encoded find your way anywhere in the world vehicles. Having won us over we agreed to go and bring in the New Year …. Like at our age we give a crap what year it is. She made it sound so exciting we two got dressed to the nines on the condition we follow her in case we wanted to leave early. We are old and well, we know our limitations and are up to date on the new DUI laws in our state.

Sooooooooooooo, we decided to follow her in her Daddy’s old pick-up truck with our trophy copy of Ben Crosby’s ‘White Christmas’ just in case things go boring.

I still drive my old five-speed Mustang. She’s my pony but I call her Shelby because that’s her name and she will give you the ride of your life. I’ve been known to get a little-excited while behind the wheel and do tend to burn rubber, so it goes without saying the old man refused to ride with me ergo, we took his truck.

The daughter being opposed to maps and such having that wonder of all wonders (Google maps) front in center into her car off we go.

I thought I lived deep in the forest but we’ve been following her now for an hour and we are hell west of nowhere on an old abandoned logging road. Mud is flying up on the windshield of my husband’s trusty mint condition perfectly waxed always garaged kept truck.

She is out of sight so he switches to his four-wheel drive in an effort to make it through the muddy muck we found ourselves in. Finally, up ahead we spot her tail lights. Holy Crap I tell the old man, “she’s stuck in the mud in that little puddle jumper of hers”.

I turn on my cell phone to call help, but you guessed it, there was no signal because like I said we were hell west of nowhere.

Slowly so as not to get our own selves stuck, we are finally bumper to bumper with her. She has her window down. We roll our window down. She leans out of her window and says” Sorry Daddy the GPS said this was a shortcut. Please do try and keep up your driving way to slow”.

Up goes her window and off she flies. My husband goes “I love that child but never again are we leaving the forest on a road trip without a map, not ever again!”

That sweet little Darling Daughter of ours leads up to a lovely home filled with so much happiness and wholesome living we are rethinking this GPS thing-of-a-ma-jig.

It’s a brand-new world out there, so remember to play nice in the New Year. Oh, one more thing, don’t leave home without your Garmin. 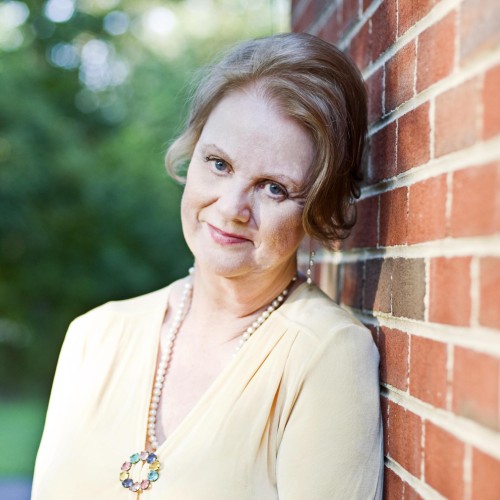 May Is For Mother’s