As last week came to a close, troubling anti-LGBTQ+ legislation was signed as a “religious freedom” adoption bill was enacted. Dennis Daugaard, governor of South Dakota, is responsible for pushing this piece of backtracking legislature.

A post on the New Civil Rights Movement elaborates on this timely bill:

“This is the first anti-LGBTQ bill that any state has signed into law this session…Governor Daugaard’s action not only puts the best interests of the more than a thousand vulnerable children served by South Dakota’s foster care system at risk, it signals the potential of a dark new reality for the fight for LGBTQ rights.”

This will likely equate to discrimination against parents who are single, interracial, non-Christian, or those who identify in any way other than cisgender and hetrosexual. It will also narrow the number of possible living situations for kids in need of adoption or foster care. Both the children in need and LGBTQ+ parents are facing turmoil around this unjust new law.

And this is only one example of the difficulties that LGBTQ+ people regularly face.

Queer people (the umbrella term for those who identify as LGBTQ+) must jump ‘life’s hurdles’ at the rate of an Olympic athlete. This is a reality they will continue to face each day, unless everyone works together to create a place of work that feels comfortable and radiates equality.

Do your part as a business owner or employee, as the thought-provoking points below will provide you with context to make workplaces and businesses more inclusive to the wonderful people within the LGBTQ+ community!

Simply put, this means that there are people in the world who think that gender is more complex than a biological male and female assigned at birth. This is one of the reasons we should all do our part to use gender-neutral language. Strive for language that doesn’t project assumptions like “man or woman” or “husband and wife”.

Keep this in mind: if someone talks about dating a person of the opposite sex, it’s not your call to assume that the person is hetrosexual! Use terms such as ‘partner or significant other’ instead of labels that assume gender and sexual orientation.

Avoid using gendered pronouns he/him, she/her unless you know for a fact that a person wishes to be called by that specific gendered pronoun. The compromise is simple, use the pronoun ‘they’ instead. Inevitably, once you are acquainted, just ask them their preferred pronoun.

They will appreciate this sentiment so long as you ask in a genuine way that is supportive and kind. Simply ask: ‘what’s your preferred pronoun?’ or something respectfully along those lines.

If you are uncertain why some people prefer the singular ‘they’ as their pronoun, check out this project I Heart the Singular THEY.

Remember: it’s not appropriate to ask someone about their genitalia when asking which pronoun a person preferred! It’s a common misconception that a person’s gender is solely dependant on their physical genitalia. Just because a person has male or female sex organs, doesn’t automatically make them predestined to that gender identity.

In the case of intersex people for example, gender is a grey area. It’s not as ‘black and white’ as penis and vagina. Don’t assume someone identifies a certain way just based on their appearance.

An Inclusive Approach to Workplace Culture


“Culture, in my mind, is the single most important attribute to successful companies. Inevitably, when things don’t go well for a company, the culture is what has a lot to say about whether or not you make it.”

The above quote, borrowed from a Fiscal Tiger article titled Workplace Culture: Will You Fit?, says a lot about the significance of an inviting workplace culture. As I’ve written before on BizCatalyst 360, company culture can make or break a business.

At it’s core, make sure the culture of your workplace or business aligns with everyone, of all identities and genders. Model your employee handbooks and business ideologies after laws set in motion for equality. A perfect example of this is Title IX, which states:

“no person in the United States shall, on the basis of sex, be excluded from participation in, be denied the benefits of, or be subjected to discrimination under any education program or activity receiving federal financial assistance.”

From a moral standpoint, this obviously shouldn’t stop at an educational context. This concept of being non-exclusionary segues into just about anything you can think of. No one should have to feel discriminated against, or denied services or benefits simply because they don’t view gender and relationships the same way as mainstream America.

This is one of the most persistent challenges that transgender and gender nonconforming people face: the simple humanistic right to comfortably use a bathroom. This sparks tremendous controversy for some.

For whatever reason, people just cannot get over the fact that they might have to share a bathroom with someone who is not ‘naturally born’ a gender which matches a sign.

Perhaps, why we are all so paranoid about trans people in bathrooms, is because we’ve unfortunately been conditioned to do so for a generations. But this must stop!

Introducing, gender-neutral, private, unisex bathrooms, or as I like to call them, bathrooms! 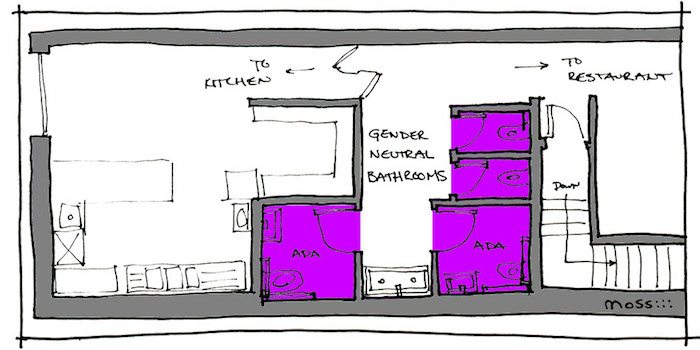 A progressive architecture company called Moss Design has taken a design-minded approach to the issues of gender and the human right to use a toilet. They point out that multi-stall bathrooms are not as efficient as everyone believes. Bathrooms we see today in most public places are more costly because the partitions (stall dividers) could be replaced by something else entirely: walls.

A consistent argument opposers to gender-neutral bathrooms have is that there are safety and privacy concerns when trans people use public bathrooms. However, wouldn’t building more unisex bathrooms actually create more privacy at the throne? What would you rather have to divide toilets, stalls or walls?

Personally, I’d rather not have my coworker’s staring at my shoes from the stall over, poop-shaming me every time I have to go number two at work. But maybe that’s just me (please comment below if you disagree)?

Continue to challenge your own perceptions on gender and sexual orientation if you aren’t already We have to work together in order to create inclusive spaces.

And that involves listening to LGBTQ+ people, as well as setting up support groups for them. Workshopping together also helps answer questions people may have about contemporary beliefs on gender. This is a fantastic way for people to become more educated.

This is crucially important, because the U.S. needs more diversity within organizations, businesses, and places of work. When more diverse groups of people are able to work in harmony, there’s increased problem solving, recruitment, creativity, productivity, and energy, among many other positive outcomes.

Lastly, if you are looking for some resources on be sure to start by reading over BizCatalyst 360’s Gender/Diversity/LGBT vertical. And keep pushing your self-education on LGBTQ+ culture by reading the following resources and articles: 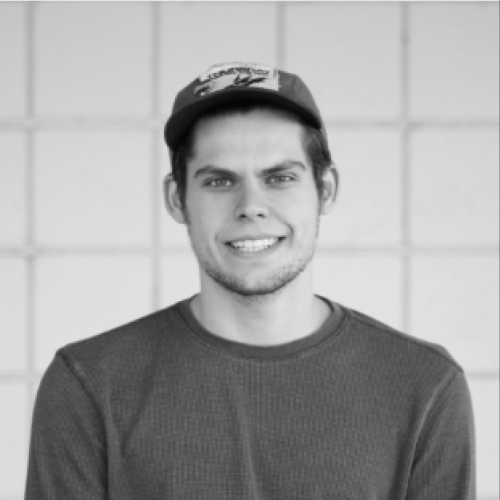 Remote Workers: The Workplace of Future is Wherever You Make It!