Lost Innocence Needs to Be Reclaimed

When did we lose our innocence? That spirit of purity that allowed you to experience life and absorb the good vibes around you? I was recently at a small gathering in celebration of a cousin’s graduation and I noticed the kids playing. Just playing. In this moment of time, all that mattered was playing tag. There was no pandemic plaguing our world. There was no apocalyptic election that was poised to take place later this year. There was only the game. It was relaxing to see this tiny group of cousins just run in circles, breaking the wind with their sprints and bombarding is with giggles.

When Did We Lose Our Innocence?

I now find myself wondering when did I lose my innocence? When did we all lose our innocence? I used to run around without a care in the world. Even as I got older, I took my responsibilities in stride and balanced them with carefree fun. But somewhere between the onset of puberty and my graduation from high school, I lost it. I do not know if it was hormones or becoming socially and politically aware that did it but at some point, freeing play like that ceased. If I wanted to play, I had to be sure I could spare the time for it. Days went from whimsical to methodically rigid so I could map out all the time needed to be a student and researcher. I am sure many of you have gone through this same metamorphosis. But is there some unwritten rule stating we cannot reclaim those childhood feelings again?

Taking Back Our Innocence!

I feel like I should put a disclaimer here: I am not in any way stating that we should shun our responsibilities as adults and frolic in a field. I am stating we should carve out time in our lives and frolic in a field like we used to as kids for a while just to give our souls that uplifting feeling again. The world has been in dumpster fire mode for a while now and I do not know if it is because of the rise of social media or people are just paying more attention, but it is weighing on our souls. Weighing us down. Keeping us grounded when we used to fly.

I am the wake of this pandemic and unholy ceremony; I mean election year we should pencil in some fun. Go for that leisurely walk and just enjoy the sights and smells. Go play with your kids and let them take the reins. Play a video game with no shame whatsoever. Bring some pure unadulterated joy to your life because we have been fighting so much these past few years. Even heavyweight boxes know when to rest. Let’s go innocently play and refresh our souls. 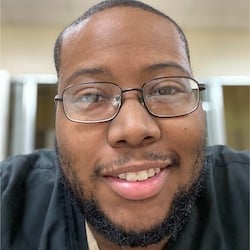 LeTavious Hemingwayhttps://poeticice.com/
LeTavious Roymar Hemingway was born and raised in Conway, South Carolina. He was raised by parents who lived through the civil rights era so he was taught to express himself and love everyone. He took these values to college and started to write poetry and short stories. In college he pursued his love of writing and his love of science, obtaining a Bachelor’s degree in Biology. After meeting his future wife in college, she urged him to write and complete a novel. Two novels later he still writes poetry and stories as he works as a laboratory supervisor at a veterinary hospital in Augusta, Georgia. Now as a father of a healthy baby boy he looks to share his writing with the world to show him that anything is possible as long as you work hard and dedicate yourself to it.

Confessions of a Dangerous Mind