Find freedom in the realisation of where your experience of these words is really coming from.

I came to see the world is always as it should be, whether I oppose it or not.

Life is unpredictable — how does that feel? Is there a slight ‘eek’ or contraction? A little bit of white-knuckle feeling? A slight clench in your stomach?

If I say — can you predict what will happen tomorrow? — you probably, quite calmly and rationally, say no.

If I say — Un. Pre. Dictable! — does it bring to mind Vector from Despicable Me?!! OK, I’m kind of kidding with this one, but it does make me laugh!

Isn’t it fascinating how all these words that are essentially saying the same thing can have such different effects on us? But is it really the words having the effect? How could a word do that to us? How could a series of letters and sounds ‘make’ you feel anything?

I bet if you say to a 3-year-old that life is unpredictable they won’t contract in response.

And if it was to do with what the words meant rather than their sounds, you’d expect at least the first and second examples to have the same effect — we would contract, or not, in the same way to both.

Do you see how we’ve been conditioned to different responses because we’ve learnt additional layers of meaning over these letters and sounds?

Think how many tv shows, movies, and news reports you’ve encountered that talk about ‘unpredictable’ with a dramatic voice and perhaps with added dramatic words in front of it like ‘totally’ or ‘entirely’ — oh gosh that sounds scary (because you’ve also been conditioned into what ‘scary’ looks and sounds like and been told that it’s bad).

And think how much you’ve been conditioned to be reasonable, rational, and logical when faced with a question like ‘can you predict tomorrow’. Maybe scoffing as you brush it off with a laugh and an ‘Obviously not! Crystal balls are for those crazy people at fairs’ — notice the conditioned narratives around the ‘crazy’ idea of anything other than logic.

The funny thing is, life is unpredictable — and that’s the joy of it! That’s the fulfilment and excitement you’re looking for. When you were younger you rode this rollercoaster of life with all the freedom it’s designed for. Throwing your arms in the air and screaming with delight at the ups and downs.

As you’ve grown older, ideas have been collected about what the words mean and how you should feel about them in different contexts (all of it ideas, not facts), and all of it maintained, even when the ideas start to contradict each other like they do here.

There’s nothing wrong with all this, it is what happens, but it does limit your experience as you try to move towards ‘only the nice’ and move away from the ‘nasty’. This is endless and only leads to increasing limitation — and you’re not designed for limitation. And confusion — which way to go now in the face of the contradiction??

Life gets to be so much more fun again when you recognise that the whole thing is a human thought-created activity. All these ideas, made up and passed along.

Then you see the confusion this has created for what it is and you naturally stop believing in the imagined danger of words like ‘unpredictable’ and you see that the unpredictable nature of this moment to the next is rich and enlivening; and that — irrespective of the content — you navigate each ‘next moment’ beautifully. 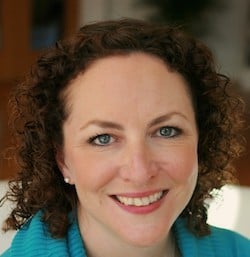