‘Berlin’  was scrawled in bold blue letters on the cardboard sign in my hands. I was standing near an entrance of the Autobahn on the outskirts of Munich, waiting to hitch a ride north. I hoped fellow passengers would provide interesting conversation on the 6-hour trip.

Soon after I arrived, an androgynous-looking fellow approached me on foot, carrying a vintage floral carpetbag. Speaking Italian, he introduced himself as Alessandro. I understood the occasional word or two tumbling out of his expressive mouth. After exchanging awkward phrases in English, Italian, and German along with numerous hand gestures, I determined he was heading to Berlin as well. We were both happy when a car pulled up, and the driver of the diesel Mercedes-Benz offered us a ride.

As a photographer, I am always on the lookout for new subjects. Somewhere between Munich and Berlin, I sensed some possibilities for a dynamic interaction between Alessandro and my Nikon camera. I let my new friend know I would like to photograph him when we returned to the city. A willing subject, we agreed to meet up in a couple of days.

I picked him up on the day of the shoot and we traveled cross-town with his carpetbag to a historic cemetery on the outskirts of Berlin. Small pavilions with flower gardens, ornately carved statuary, old-growth trees, and scenic views contributed to a certain romantic atmosphere for a photoshoot.

As we entered the filigreed gates, my raised Roman Catholic friend became decidedly agitated. Talking quickly, I misunderstood most of what he said, except for the word sacrilege. I soon realized I had pushed an emotional holy button, and he did not want any part of a creative exchange. After a stroll around the pleasant grounds, he reconsidered his position and became intrigued by the possibilities.

My instincts were spot on. Alessandro was a very playful subject. Soon several shirts and an array of jewelry flowed out of his carpetbag. Each outfit highlighted different aspects of his personality. With wavy shoulder-length chestnut-colored hair and sage green eyes, he was an imaginative and soulful subject.

At one point, the sun enveloped him with luminous light as he looked up to the sky. We both knew this was a decisive moment. I saw it; he felt it. Click.

A disgruntled-looking man approached us, waving his forefinger emphatically. He complained about the inappropriateness of our behavior. We both became self-conscious.

I let Alessandro know that I had composed my shots using only building and garden details, no tombstones. A viewer would not know that a cemetery was our backdrop. Convinced we were being respectful, we spent the next few hours transferring his impression to silver halide crystals on film.

Towards the end of the afternoon, a timid young girl holding an enormous bouquet approached us. We were both surprised, then delighted, when she presented the flowers to my model. She whispered that her brother had been watching us throughout the day. Suddenly, Alessandro’s face turned pale, and he dropped the flowers. He realized she stole the flowers from nearby gravestones.

His mouth twisted into a humorless smile as he repeated the word sacrilege. All those years of catechism classes had not prepared him for such an awkward situation. A practicing  Catholic does not spend the day cavorting in front of a camera in a funeral park, much less accepting flowers meant for another.

At a loss for words, the three of us stood looking at the scattered flowers. A young man carrying an instrument that resembled a mandolin approached us. The girl explained that this was her brother and that he was, in fact, a well-known Turkish singer. He bowed and started to serenade us.

We retreated to a nearby stone bench and surrendered to the moment. The day had taken on a life of its own. Serendipity had shaped our relationship from the first hello. It was time to be in the moment and let reality be reality. 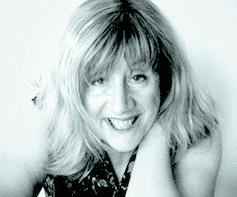 Marlene Sinickihttps://lilomar.com/
Marlene Sinicki is an Artist, Designer, and Visual Storyteller. She brings ideas to life for people that care about the greater good. Connecting meaning-making and the arts and design that sparks change are her passions. Marlene’s visual storytelling experience spans multiple disciplines, including painting, illustration, graphic design, photography, presentations, and writing. She has worked as an Art Director and Project Manager for dozens of strategic design projects that provided voice and vision to the collective stories of companies and organizations. Marlene draws on aesthetics and optimism, the ideals of beauty, as a strategy to create hope and a positively imagined future. Her fine arts studio practice fuels her commercial projects. The wisdom of nature and global sustainability opportunities permeate her abstract and representational paintings and drawings. Flowing lines, vibrant colors, and organic forms emphasize the subject’s aliveness. While culture prizes technology and piles of data, Marlene creates visual haikus to reconnect sensuality with ecology. She encourages a respect for our earthly mother and a socially responsible and generative approach to saving her. The art is a glimpse of intimate encounters with the ephemeral. Marlene wants the familiar to feel new again, to make the invisible visible, in order to telegraph the light within.