Leaping Ahead; A Federal Bridge to Transition Cyber-related Products at the Department of Homeland Security

Recent Congressional Hearings have called attention to the need for better cooperation between government agencies and the private sector. An excellent example of how to fulfill that goal of successful public/private partnerships is demonstrated by the work of the Transition to Practice Program (TTP) at the Department of Homeland Security (DHS) Science & Technology (S & T) Directorate.

TTP was created as a result of the White House’s Federal Cybersecurity R & D Strategic Plan as well as the Comprehensive National Cybersecurity Initiative (CNCI). The mandate of TTP is to move promising cybersecurity technologies developed under Department of Energy (DOE) National Labs and Federal Funded Research & Development Centers (FFRDC’s) into the private sector for further development. TTP is a program of collaboration and operates under the Cyber Security Division (CSD) of S & T. 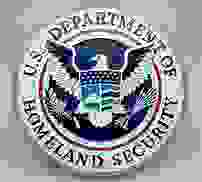 In S & T DHS formal cyber program structure, preparation for meeting rapidly evolving next-generation threats has made the “leap-Ahead Technologies” a focus area of priority. Rapid proto-typing, and transitioning; showcasing, and providing assistance in commercializing technologies has become important tasks. As a result, the private sector’s role as a partner has been elevated and the Transition to Practice Program (TTP) has garnered notice and appreciation.

A primary role for TTP is to identify through technology foraging at the DOE National Labs and FFRDC’s and share their capabilities and promise with the private sector, other government agencies, and academia. TTP is committed to outreach, especially with small business. Next month (October) TTP event showcases will showcase eight new innovative cybersecurity technologies developed by the DOE National Labs. Those labs are the backbone of the nation’s scientific & development research national security resources and produce cutting edge ideas and inventions. The ability for the private sector to invest, co-develop and integrate innovative technologies into the cybersecurity marketplace will significantly impact progress in threat deterrence and mitigation.

It would be worthwhile to expand the DHS Science & Technology Director model of “leaping ahead” across agencies in the federal government to encourage a new era of public/private sector collaboration. The best is technology development and commercialization is yet to come.

This Article originally appeared on ctovision