Lean Into Your intuition

Recently I’ve thought about past events and considered when things went well, and when they didn’t turn out as I might have hoped. You’ve likely experienced this, too. Often, it has to do with following our own intuition…or not. It can be uncomfortable holding your ground when others try to override your instincts. However, the more you sharpen your intuitive skill the better it becomes, and the more you trust your own guidance.

As a critical care nurse, I’d leaned into my intuition for years. One night while working in the Surgical ICU I admitted a critical patient directly from the Operating Room. He arrived with a team of surgeons and residents in tow. The patient’s vital signs were stable, but within an hour intuition told me something was seriously wrong. Acting on my gut feeling, I spoke to the intern. He was unimpressed. I called the 2nd year resident, who asked more questions. “Call me if anything changes,” he said. To his credit, he called his higher-up who asked, “Who’s the patient’s nurse?” I later learned that when the 2nd year said, “it’s Mariah,” he was ordered to get to the unit NOW! He arrived just as the patient’s ‘Code Blue’ was announced overhead. Yes, that patient survived. AND, it was because I hadn’t let anyone talk me out of my intuition.

As we wander into September, I’m inviting you to bring your focus to honing that skill. It’s something that has served me well over the years. The following is an excerpt from our book, Journey Well, You Are MORE Than Enough: (RE)Discover Your Passion, Purpose, & Love of Yourself & Life.*

As difficult as it might be, don’t back down. Trust your instincts and your truth. If your gut tells you something’s wrong, then something is wrong.

“You may have heard the term “gaslighting.” It’s used to dismiss our feelings of suspicion. Gaslighting is an old strategy that devious, insecure people use to convince you your feelings are invalid. They’ll swear you’re mistaken, or that you’re crazy to question them about something when you know very well what you saw or heard is true. You did see your companion steal the tip money from the table or slip a thumb drive into their purse at Best Buy. You did hear them tell their mother they’re in the library when they were perched on a barstool next to you. The gaslighter claims it never happened. You made it up or misconstrued it. “That’s not what I meant” is a common trope among gaslighters. Mariah was once asked by a nurse colleague to cover up the woman’s illicit use of patient narcotics. This person implicated them both to save her job, trying to make Mariah clean up her mess. It didn’t work, but it was extremely uncomfortable for a time. As difficult as it might be, don’t back down. Trust your instincts and your truth. If your gut tells you something’s wrong, then something is wrong. Mariah used her well-honed instincts many times in her career to help her patients when they needed help. Despite pushback from colleagues at times, including from physicians on occasion, she knew when a patient was in trouble, and she insisted that they receive treatment.” 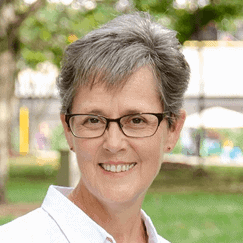 Mariah Edgingtonhttps://www.mariahedgington.com/
Mariah Edgington, BSN, RN: Retired Critical Care/ER nurse, Author, Professional Speaker, Content Creator, Transformational Mindset Mentor, NurseDeck Ambassador, Contributor: BizCatalyst 360°, Medium. Mariah has now transitioned into a supporting role of encouraging people to live the best version of themselves. As a Transformational Mindset Mentor, she mentors those who want to Harness the Power Within and take their lives to the next level. “Own Your Value” and “You Are More Than Enough” are two of her primary messages. She wants everyone to know that their lives are of value, and they are worthy of life. That there’s a better brighter life calling, encouraging everyone to have the courage to capture that life. Mariah co-authored, Journey Well, You Are More Than Enough, (RE)Discover Your Passion, Purpose, & Love of Yourself & Life  with her husband, Byron. It’s available on her website, along with the accompanying Guidebook, Online Course, and Gratitude Journal. See Mariah's social media channels above.