Leadership Today: What it is and What it Should Be

TODAY IS A GOOD DAY for this information to go to print. In Canada, we have just endured 78 continuous days of our Federal political parties vying for the best position. In that activity, I have seen many old tricks that really did work for the governing party for nearly 6 years, but over the last four years, not so much.

We must first remember that all party stances are designed to entice the voter. All they want is your vote, which about 25 million Canadians can provide today, if they actually vote.

But this is all about leadership. We have all studied leaders in History Class in school. But did we really learn about them and their deeds or did we learn about what made them a leader? There are both famous and infamous ones we could talk about. General Patton was considered a hero and the penultimate leader in WWII but when we look at the man, he was a megalomaniac that compared himself to Caesar Augustus. He chose that one leader as he felt all other past leaders were inferior.

Then, more contemporary, there is Steve Jobs. At this writing, there is to be a movie released about the man, in about a week. Who was he, really? And you know the answer? It does not matter. What matters is his method of working with others. His methods have been extoled across human media for several years both before and after his untimely passing.

For me, Jobs demonstrated the closest to the best leadership / management style that I have seen. The success of Apple Corporation is a monument to it. But even with Jobs, there was a bit of the megalomaniac in him also.

So, let us look at Leadership historically as it applies to business.

Today, there is a movement to lead from the front, I mean truly lead. Assign nothing that you would not do yourself. And always be able and willing to step in when assigned workers are in need of education, guidance. Due to the advances of Technology, that means that not only must the workers be up to date with new concepts and methods, so must the management. If not, breakdowns will happen and then it gets expensive to bring in professionals to get things back on track.

Historically, employment was given to the weak and destitute. In the beginnings of the Industrial Revolution, children were given work to do to earn their keep, a lice ridden bed and meagre meals, one or two a day. This was tantamount to slavery, but there are degrees of both that kind of melt into each other. Slaves were treated with torture and some became part of the Family. It is a broad spectrum. But all shared one common outlook, master and slave.

With the advance of industrial processes and broadening markets, technology began to improve, and with it, the life of the worker. But hard treatment spawned Guilds and Unions. This was a necessary step at the time. It brought the worker from a status of, “mostly slave,” to a more human existence. Society progressed.

Rural life, though fairly free, still held the farmer to the land to produce his living by growing or raising farm animals to provide for himself and his Family. But this life started to see youngsters become educated, and, as this continued, more and more decided to leave the Family Farm for a more Urban life. This was a life decision, not wishing to remain where work was done from first light to sunset, every day. They wanted a life that offered more freedom to do what they wanted to do, perhaps pursue the Arts. Rarely did this happen where every minute of your day was work, work, work.

Some came to realize that living in a town or city provided some different freedoms but the requirement of employment was still the only way to support yourself, make a living. And this is the way it has been, mostly, for the last 150 years.

Today, however, new ideas are coming forward. Employees are given more freedom to express themselves and that is giving way to new ideas and technological advances. Unfortunately, the, “Master / Slave,” mentality is still alive and really needs to evolve to something better.

An option that is being used now is that a person, rather than become an employee, becomes a consultant and therefore does not work on salary but may receive a regular paycheck broken down into an hourly amount or an amount on a, “per project,” basis. In this case, the Leader / Manager is also a Contractee. Control here is shared.

But, we will never see true leadership until we see sacrifice. Control must be given up and replaced with respect, mutual respect, from and for the leader and those being led.

One of the places where this can be engendered is a forum where decisions are made by consensus. Democracy puts everything to a vote. The majority wins the day. The problem with this, and we here in Canada have seen this in our electoral system. The party wins based on the most representatives that have been sent to Parliament based on winning more votes than the other candidates in their riding, but the majority of actual votes can easily be for the losing candidates.

Every democratic system really needs an overhaul, to become a hybrid of itself today. In a consensus model, each person has a say. A vote is taken but the decision is not accepted until all are in agreement. This may change some parameters of the issue but once complete, there are no losers, no one is disgruntled. And if any problems come up, the group of decision makers can revisit the issue and make further changes until all are satisfied.

When each participant is engaged, no one is asleep. No one can really come back for changes unless there are really valid grounds for it. Time is taken at the beginning but once decided, all can then flow properly, with full group agreement and participation. This takes one thing, one person to lead and get it started. 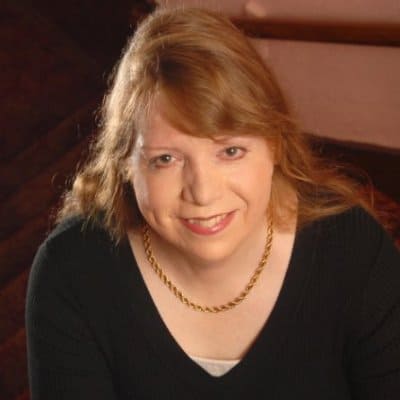 Michelle Elyn Hoganhttp://michellehogan.acnrep.com/s_index.asp?CO_LA=CA_EN
MICHELLE Elyn Hogan has been involved in sales and Marketing for most of her life. Network Marketing became a pastime early in her career when it was evident that her career would never reap a proper pension. So, over time, it has become her Mission to help as many people as she can, create a, “Plan B,” or, “Exit Strategy.” Over recent years, she has done extensive research to improve and reinvent her own business and in the process, maximize success rate and minimize fall off. Ethics and Integrity are all encompassing. She has recently been dubbed a, “Leader of Consequence,” living up to the reputation of taking that responsibility very seriously. Though located in Cambridge, Ontario, Canada, Michelle presently works daily in 43 countries as an Independent Business Owner.

How Honest Can You Be With Yourself?

If It Is Worth Doing – Do It Right