Let’s go back in history, go back to December of 1777 to be exact.  It is brutally cold winter time. You and your army have to fight, and your soldiers are great. However, there is a slight problem. Their shoes are torn, and clothes barely cover their bodies. Soldiers do not have hut, or blankets to cover their bodies. Bitter cold nights make their thumbs numb, and body sick. Many are ill due to the cold, they are suffering from pneumonia, jaundice, and other diseases. Many wounded cannot be saved because of lack of medical help.

Yes, for the leader who is so exceptional, courageous, inspiring, and visionary that the soldiers were not only ready to fight but ready to die for him! In fact, more than 2000 soldiers have died during the fight, and yet there is no stopping for these soldiers to take the life head on.

The leader who is so exceptional, courageous, inspiring, and visionary that the soldiers were ready to die for him! [su_spacer]

Who was that leader?

If you are familiar with the American history, you won’t be surprised that it was none other than – George Washington!

The 1777 battle of Valley Forge is a remarkable one in the history of United States. That battle changed the course of history of the world. And it could not have been possible without a leader like George Washington.

He showed the courage to fight along with other soldiers. He made soldiers believe in him that under his leadership and guidance, freedom was possible. It was a dream to be free, the vision to have a free country that energized people to join his army. He proved himself by fighting in the battle, by laying out ht strategy, by laying out the path that proved him a leader.

It is not easy to execute such a remarkable victory among all the adverse conditions without having discipline. He held himself accountable and held his soldiers accountable too. He never missed to follow his own guided principles of honesty, sacrifice, and compassion. He also had strict rules for people to follow or face the consequences.

George Washington was not only led the freedom fight, but he also became the first President of the United States. In either of his roles Washington never missed to respect his fellow soldiers or the people of the country no matter what level of the citizen was.

He demonstrated that no matter what your level is, the last person counts, and you are there for him as a leader.

So, did you lead from the front for your kids, your co-workers, your team, your company?

If you did, you are a LEADER! 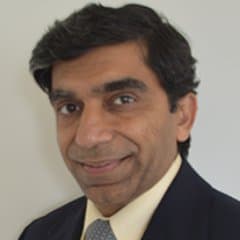 “We Choose To Go To The Moon!” – Leadership Lessons From...