Leadership in Tough Times – The Rest of the Story

They weathered Hurricanes Matthew and Irma and came out stronger. They quickly responded to the pandemic by establishing a takeout service.  But they didn’t just devise a 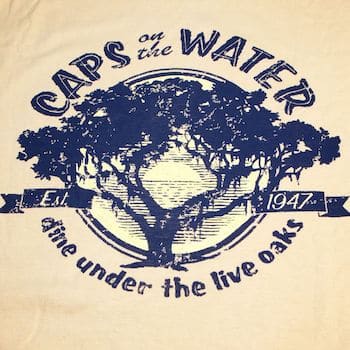 takeout service – they intentionally created the same “upscale” experience as their restaurant. They had online ordering, gave customers a roll of TP, and packaged the food in eco-friendly containers with everything one would need to replicate their dining experience at home.

And they talked to their customers.  They kept us well informed about the safety measures they implemented and educated us.  My April post reflected on two leadership qualities that I saw in their first communication that arrived in our take-out bag, hand-written.  Their authenticity and their vulnerability offered a powerful example of how simple gestures can be powerful messages.

They continue to provide insight into leadership, and I will share their leadership example of setting expectations.  But first, I want to tell a story about their reopening.

In one of our take-out bags, there was a hand-written letter inviting those of us who frequented their take-out service to a new “club” as a thank you for our loyalty and business.  How cool!  They invited us to respond in an email if we wanted to be included and, of course, we said “Yes.” Soon after we received an email inviting us to their “soft” opening.  I had immediate visions of putting on makeup, dressing in something other than jammies, and sipping wine while watching the boats sail by. Their email was very clear about the safety measures they’d put in place, and what we, as diners should expect.

I liked that. I gave me comfort that they were taking this seriously.  We were excited last night to head over to the “soft” opening. We had a great dinner and watched the sailboats go by with a cool Chardonnay in our hands.

What follows about our experience has nothing to do with Caps; it is simply a reflection on my reaction to the experience, which was…different.  Caps was perfect.

This morning, I told my husband it seemed a little surreal, like an apocalyptic sci-fi movie.  The restaurant itself hadn’t changed – it was as beautiful as ever and all of the boats lined up for their take-out were stunning backdrops to the setting. I see people in masks now everywhere, but it startled me to see everyone at the restaurant – services, hosts, owners – in masks.  It shouldn’t have, but it did. They set up sanitizing stations throughout the restaurant so that we could see that it was happening. But the aroma was more of Lysol than garlic.

They did a good job of changing gloves before moving to new tables – just like they teach in healthcare.  But having spent a short time in healthcare, that was the image in my mind. The tables were indeed 6 feet apart. I didn’t think that would seem strange, but it did.

Other than that?  It was delightful and a welcome occasion to be somewhere other than the kitchen table.

Had they not been clear about what to expect, I would have been disappointed in the experience.  Instead, I was thankful for it.

The email we received initially clouded the “temperature” thing – it inferred they would take temperatures but didn’t actually say it. So with today being the official re-opening, yesterday they posted a picture on FaceBook of thermometers and large bottles of disinfectant.  Good.  I am better with clarity than inference.

The response to the post was overwhelmingly positive….except for one individual who felt that was invasive and a threat to her civil liberties.  I responded that she was free to not go.  The comment disappeared from FB. But…she sent me a private note saying, “I won’t visit any place that does that to people.  We live in a free country and people are acting like this is a communist country.”  Wow.

But the good news is, she really doesn’t have to go.

After decades in corporate America watching leaders minimize problems and communicate in a “cloudy” way because they didn’t want to offend or scare, I have come to the conclusion that it is a fool’s game.

A job candidate walks in the door for an interview and sizes up the lay of the land.  They accept the job offer based on expectations, be that their schedule, their boss or the resources available to them to do the job. If the actual job doesn’t live up to the expectations, they see it. If it doesn’t meet their expectations over time, they leave.

Why would a leader cloud the challenges of the job and paint rosy expectations?  That’s a good question and one I’ve never really understood.

I’ve asked and been told that they didn’t want to scare the candidate.  Really?  I want someone who sees a good challenge and wants to overcome it.

Setting clear expectations is the only way to know if the candidate you are considering is a fit for the job. If you lay it out – the good, the bad and the ugly – and they stay – you probably have someone who will thrive.  If not, they have the option to leave, and that saves you a whole bunch of stress.

Thank you to the owners and staff at Caps.  You have demonstrated leadership in tough times at the highest level and we are so thankful to have been part of your re-opening.