[su_dropcap style=”flat”]I[/su_dropcap]’VE BEEN DISCUSSING the leadership renaissance that’s sweeping the English speaking work scene. In this article, I’d like to clear up a point about leadership; specifically its difference from command. This clarification is necessary due to the misuse of the term “Leader” to refer to mere bosses.

Unfortunately, the power of command goes only so far as the employee’s paycheck allows. The ultimate organizational sanction is termination, the withholding of pay. As much as we might wish otherwise, the paycheck guarantees only two things: 1) that the employee shows up frequently enough, and 2) appears to be working hard enough, not to get fired. Any work effort beyond this bare minimum will come from the employee’s work ethic and upbringing, and/or the leader’s ability to draw it forth. Even in the most severe cases of FTA (Foot To Aft) bossing, there is a limit to the power to command.

Competition requires that all of us outperform our paycheck—“a good day’s work for a good day’s pay” just won’t cut it anymore, and people cannot be forced to go the extra mile willingly and eagerly. Leadership is the power to influence beyond your power to command. Even in strong union shops, workers will do things beyond the contract for supervisors that treat them right. These same workers will grieve anything and everything with a supervisor that treats them badly. Treating them well appears not to equate to being lenient or looking the other way. Most often it involves according them dignity, and showing respect for their intelligence, ideas, and their desire to do a professional job. “Kick-B*tt Bossing” won’t make us competitive anymore. Leadership will. A great many of us will have to re-tool.

[message type=”custom” width=”100%” start_color=”#F0F0F0 ” end_color=”#F0F0F0 ” border=”#BBBBBB” color=”#333333″]Editor’s Note: Bill serves as a the Dean of Bartell & Bartell’s Leadership Flight School™, geared to provides the tools you need to improve your leadership and inspire followers – while teaching you the fundamentals of leadership, and how to apply them in real situations. Find out more at Leadership Flight School™. [/message] 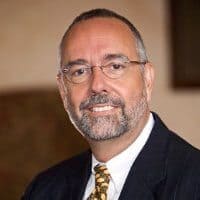 Willam "Bill" Brashershttp://www.bartellbartell.com/
BILL is an experienced professional in the development of real-world leaders and their organizations. He has worked with thousands of owners, executives, supervisors, and teams throughout the USA over his 22 years with Bartell & Bartell, Ltd. Holding a Ph.D. in Industrial/Organizational Psychology, he also serves as Dean of Bartell’s intensive Leadership Flight School™. Leadership Flight School is consistently ranked as a top tier training session by participants. 94% of participants rank LFS as “exceeding expectations or the BEST leadership training they’ve ever had”. And that’s coming from participants that have attended leadership training at the top business schools and leadership academies in the country.