Leaders: Are You Wearing the Emperor’s New Clothes?

“The Emperor’s New Clothes” is a short story written by Danish author Hans Christian Andersen. It is about two weavers who promise an emperor a new suit of clothes that they say is invisible to those who are unfit for their positions, untrained, or incompetent.

In reality, the tailors make no new clothes at all. Instead, they make everyone believe the clothes are invisible to them. When the emperor parades naked before his subjects in his new “clothes”, no one dares to say that they do not see any suit of clothes on him. They fear that they will be seen as incompetent. Finally, a child cries out, “But he isn’t wearing anything at all!”

Leaders need to be cautious about getting too caught up in the excitement of something new. Moving ahead on excitement alone can leave you exposed, just like the Emperor in the fable.

Pride, maybe even arrogance, can contribute to a mindset of denial. So too can fear. Fear of what is ahead can cause a manager to block out vital information.

I once worked with an executive who lived in this “New Clothes” mode. This person wasn’t just occasionally vulnerable but lived a daily routine of walking about fully exposed and refusing to hear any news to the contrary. Going to a staff meeting with this leader was a painful process for anyone who felt obligated to share “bad news”. The reaction was brutal and downright embarrassing at times. “How can that be?” “What are you doing? Clearly, you must be wrong.”

These were the responses when an issue was raised. Eventually, the other executives stopped talking about the truth during the meeting, instead choosing to just go about the day dealing with and fixing the things that came up. We had our own meetings on the side to actually get things done. Obviously a very sad situation.

New projects or new initiatives bring their own set of leadership challenges. Things never go perfectly as planned. There are shifts, changes, and surprises along the way.

A good leader knows these things will happen before even starting down a new path. Effective leaders take input from the team to address these issues. Decisions get made about ways to resolve problems, mitigate risks, and maximize performance.

Often the culture suffers from the ability of direct reports being able to “speak truth to power.

I live by creed in the workplace. “I can handle any news. Just don’t let me get surprised by bad news.” Said another way, feel free to tell me the truth about what is happening out there. There have been numerous colleagues who have told me how much they appreciate knowing that mindset is real.

Poor leaders make a plan and hope for the best, never wanting to accept bad news about things not working out as hoped.

Why will Leaders Get Blinded?

There are many reasons a leader gets stuck in the “New Clothes” mode. Here are the top three I’ve seen happen.

Yes, pride gets in the way. When you are absolutely sold out to an idea or approach, you just don’t want to hear bad news. It’s closely akin to someone telling you your baby is ugly. Pride has to get checked at the door. Good leaders never come close to operating in a spirit of pride. Yes, you can have a strong opinion about how good an idea or a team may be, but letting pride overcome objective reasoning is a recipe for disaster. When things happen that don’t meet expectations, it’s your job to adjust. Review the details and make an informed decision about where, when or how to make a change.

Fear is a powerful emotion in any phase of life. As a leader, you have to overcome whatever fear you might have about the mission or the role.  Fear causes us to live in the fight or flight mode. How very unproductive that can be. If the leader is fearful, imagine what the team feels. Fear is an emotion that erodes credibility and confidence. Without either of those, your strength as a leader is undermined. Your foundation crumbles.

HEAD IN THE SAND

The last principle is somewhat a catch-all. Sometimes a person just chooses to ignore the bad news.  It becomes more comfortable to stick your head in the sand like an ostrich. (OK this is an old saying, not a scientific fact.) The point is, you choose to ignore the details. Blinded by your own sense of reality, you let important details go by, never attempting to resolve the issues.

Don’t Fall for the Ruse

The emperor’s new clothes was a ruse perpetrated by some bad people. Yet the ruler fell for it. Don’t let any of these three choices impact your ability to be an effective leader. Be open to all the information; good or bad. Make informed choices about the changes around you.

Remember, becoming an effective leader is less about writing the perfect plan, but more about solving imperfect problems. 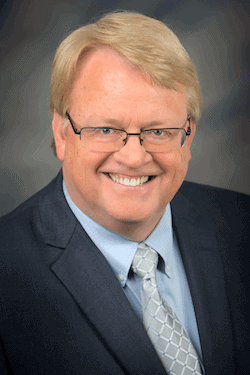 Accountability … What a Concept