Laying Bricks Versus Building A Palace

There is a legendary tale of 3 men who were laying bricks. A wise man happens to pass by them and ask each of the 3 men what they were doing.

The 1st man casually said he was just laying bricks, the 2nd man half half-heartedly said he was building a wall, the 3rd man full of energy and passion said he is helping build a palace and he has this vision that the palace will be the most beautiful ever.

Three men practically doing the same job but having completely different perspectives on what they do. It’s pretty certain that the 3rd man would be living a more fulfilled life as compared to the other 2.

It’s pertinent to ask ourselves when it comes to our jobs and careers if we are just laying bricks or are we helping build or transform something?

It’s pertinent to ask ourselves when it comes to our jobs and careers if we are just laying bricks or are we helping build or transform something? It need not be only about certain roles or jobs where one thinks one can influence, it’s about identifying elements within whatever you do that brings the best out of you and is the reason for your energy, positivity, and optimism. That certainly is contagious. 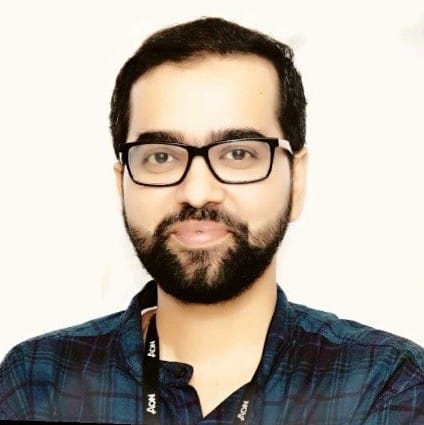 Srihari Balasubramaniam
SRIHARI resides in Mumbai, India and is an experienced leader with 17 + years leading teams, influencing outcomes and creating business impact in the areas of Service Delivery, Customer Engagement, Transitions, Quality and People Engagement having worked with some premier organisations in India. Srihari strongly believes that's it's your people who will create value and great customer outcome and make them keep coming back. He is focused on influencing this aspect and create the intersection point where employee experience and customer experience meet. He has been able to demonstrate the linkage coupled with process rigor and governance in the last few assignments resulting in enhancement of key business metrics. As a student of Psychology, using the concepts of Positive Psychology in understanding human psyche and behaviour at the workplace, he has been able to leverage this for tangible business outcomes in terms of elevating customer experience, revenue growth and enhancing employee experience. Srihari has also been as a student of Spirituality and Yoga, introducing and applying concepts around holistic wellbeing, team work, virtuous and strength based leadership at the work place with his teams focusing on bringing out the true potential of the team. He believes in a "Learn it all" approach and have been consciously Re-learning newer dimensions in technology around AI, Robotics, Analytics and Areas of immense interest to him which is in the field of Psychology and its applications, Spirituality, Yoga and Vedanta.

Bringing The Impact Of Your Achievements.