“It is not easy to be a pioneer – but oh, it is fascinating! I would not trade one moment, even the worst moment, for all the riches in the world.”

When I was in school, the history textbooks didn’t spare much room for the contributions made by women and minorities.  Indeed, most of the women, with few exceptions, mentioned were mostly known for being the wives of prominent men.  In my young mind, history was made by white males.

Then, when I was about 8 years old, my family moved to Upland, California.  One of the most vivid memories I have of this period of my life is of a statue we drove by often.  The imposing granite figure of a rugged woman unsettled me in ways I didn’t understand until I was much older.

The statue, Madonna of the Trail, depicts a pioneer woman carrying a baby in one arm, and a rifle in the other.  A young boy clutches her skirt as she strides with purpose over hostile terrain, on a mission we can only imagine.

I remember gazing at the woman’s face and seeing emotions etched in it I was far too young to understand.  Even though I was only eight years old, I was struck by the story the statue told of hardship and determination.  My young self felt sorry for her, thinking I would never leave the comfort of home to brave the harshness of the unknown wilderness.

Isn’t it interesting that all these years later, I still recall how I felt when I gazed upon her?  The emotions the statue evoked in me are easier for me to understand now from the perspective of a woman who has had a lot of life experience; but as a child, I couldn’t quite define what about her that made me feel uncomfortable.

Looking back, I realize she had a much bigger impact on me than I could ever have imagined.  She challenged my view of the world and everything I knew to be true at that tender age.

For me, life was easy and safe.  The Madonna of the Trail told a much different story.  She was alone, save for the company of her two young children.  There was no man to help her, to protect her.  This was something else that struck me as a child. 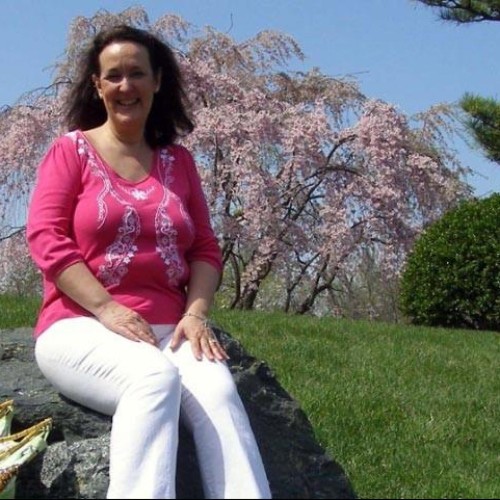 Extraordinary Not So Ordinary You… Thank You