The world thirsts for a currency that can be utilized across borders within seconds, independent of extreme volatility and based upon the Blockchain digital ledger. Eiland Glover, co-founder of Kowala states, “Cryptocurrency is still a niche technology that practically no one uses. Kowala is about to change that. Cryptocurrency is now for everyone!!!”

How will Glover and his co-founder partner, John Ritano, propel transactions on the Internet through a computer website or an app? Kowala will introduce in early 2018 the kUSD coin that will be a stable cryptocurrency pegged to the US dollar and managed by an algorithm that maintains its value to the dollar by adjusting the number of kUSD coins offered.

Bitcoin has been designed as a deflationary cryptocurrency but exhibits wide swings in value within a short period of a day or few days. It is not user-friendly for transactions between service providers or merchants. Kowala can monitor its price at the US dollar and remove from the money supply or add to the money supply kUSD coins with a change in the US dollar between a drop of  .99C and plus of $2.00. The miner of kUSD gains payment through tokens from supplying coin of the kUSD exchange.

A miner may purchase a token or tokens of mUSD on the Kowala website which allows the maintenance of kUSD and can release the amount of the kUSD in exchange.

Sweden has Swish, and Barclays has PingIt app in the UK. The European wallet, Cashila, through the Mycelium or Trezor app wallets allows bill payment with the transfer of fiat funds into bitcoin or cash out bitcoin, and automatically converts to euros for payment.

In the United States, consumers can choose Apple Pay, My Chase, and Pay Pal among other options via a phone scan QR code. Pay Pal offers online or mobile payments, but an in-store swipe payment fee is 2.7% fee. A Nielsen study for 12 months ending January 2016 reported a higher check out sale conversion of 44% with Pay Pal payment in store and merchants accepted the transaction fee.

The demand for a transaction with cryptocurrency is growing but the need for stability and easy accessibility is not provided, and Kowala’s system to can give consumers access to currency transfer which Bitcoin, a digital gold, or Ethereum is too cumbersome to offer to the consumer. People want to hold Bitcoin as a long-term investment and not spend it. Price stability is the first significant step in effecting the mass adoption of cryptocurrency. Glover states that the kUSD as a decentralized, autonomously stabilizing true cryptocurrency can serve this role for the other 99.9% of the population who doesn’t own cryptocurrency today.

To achieve a better mousetrap- or slightly better blockchain, “ the kUSD blockchain is a fork of the Ethereum—so it’s a great smart contracts platform—but one that can handle tremendously more transactions and operate much more efficiently, preventing energy cost and waste in mining.  Individuals and businesses process transactions of currency without sacrificing speed, uptime,” are completed according to Glover.

Glover comments that the exchange of value or money is arbitrary since Bitcoin, Ethereum and   US dollar are not asset-backed. The US dollar was removed from the gold standard in August 1971 and depends upon taxation to fund the US Federal Reserve. Consumers have done four hundred twenty billion dollars in new remittances which handcuffs the consumer to a US Bank account.

According to the World Bank report for 2015 data, there were two hundred million international migrant workers sending money back home totaling over $600 billion in tranasactions. The forecast is $6.5 trillion in remittances paid to recipients in low and middle-income countries between 2015 and 2030.

The kUSD will provide an exchange of the coin through an app. A miner may facilitate the transfer of the KUSD the same as an electric company would offer solar panels as an alternative to electricity. The consumer can decide to buy a solar panel or not to buy the option. The Kowala approach manages the supply and demand of the marketplace through the infrastructure supplied by the miners holding mUSD tokens. The choice to use kUSD coin saves merchant fees and gives the consumer an efficient exchange system globally.

Kowala has business office located in Nashville, Tennesse and its international office in the British Crown Colony Grand Cayman City in the Carribbean.

The attraction of the kUSD states Glover, “Finally, we have to make it easy for regular people to get started using cryptocurrency by providing them an easy and safe way to purchase, secure, and transact. This is the purpose of the Kowala wallet app.” The Kowala website and wallet will be introduced in early 2018. 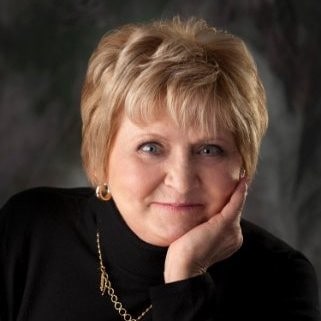