Tom Brady did it again.  The seven-time Super Bowl champion and five-time MVP of the 2021 contest has been an unprecedented leader in the National Football League for over 21 years.  At the age of 43, he appears to be both unstoppable and unfazed by any remarks made with regards to his skillset or athletic future.

On March 9, 2021, I was grateful for the opportunity to donate one of my kidneys, and “Tom Brady” had a front-row seat.

Michelle and I met eleven years ago when our sons were preparing to enter kindergarten. Both boys were apprehensive about starting school and Michelle and I had independently scheduled a preliminary meet-and-greet with the teacher to help alleviate any anxiety.  Our sons quickly became fast friends through their love of sports.

I truly believe it was God’s way of connecting us for what was ultimately to become our predetermined, lifesaving destiny.

Throughout elementary school, the boys hung out and were often teammates on various athletic teams.  Eventually, I would discover that Michelle suffers from an incredibly rare genetic condition called Hereditary Amyloidosis. Throughout her life, she was grimly aware of the potential diagnosis as her mother, grandmother, cousin, two uncles, and countless other relatives all had passed away at an early age from the disease. Although slight in stature, Michelle packs a punch of positivity and did not let the prognosis define her. Instead, she became her own health ambassador by researching and preparing for potential solutions and signs of hope.  Many of her friends – myself included – did not know the extent of her illness.

In July 2019, I attended the graduation party for Michelle’s oldest son.  Michelle shared with me that her life would soon depend on a kidney transplant and asked if I would say a prayer for her to get placed on a transplant list.

“Of course, I will pray for you.  And when you get on the list, I will get tested to see if I’m a match.”  The voice was all mine.  The words, however, were distinctly Divine.

A couple of months later, prayers were answered, Michelle was placed on the list, and I proceeded with the initial testing.  On December 6, 2019, a woman from the Cleveland Clinic called with my test results and asked if Michelle was my sister.  I replied, “No.”  She then exclaimed, “Wow! You are 100% Michelle’s match.”

I was the only one ever tested to match her.

Kidneys are not symmetrical.  Therefore, medical experts must determine which one to remove and transplant. According to the surgeon at the Cleveland Clinic, in most cases, the larger of the two remains with the donor.

Early in the game, I decided to randomly name my kidneys: the larger is “Tom Brady”; the smaller one, “Baker Mayfield”.  Doctors determined that Baker, who has revived the Cleveland Browns with his intense and uplifting energy, would go to Michelle.  While Tom, the proven winner, and steady veteran, would remain with the home team.

As with all transplants, however, there may be necessary adjustments to the playbook.  In our case, within days of surgery, the medical team called an audible, “a substitute offensive or defensive play called at the line of scrimmage”.  Tom Brady had been traded.  Both Michelle and I were confident in the play call, however, as we truly believe that God served as the General Manager.

Successful surgeries took place on March 9, 2021, and I was released from the hospital on March 11, World Kidney Day! Tom Brady, the proven winner, and warrior has been a playmaker from kick-off in Michelle.  Having no backup on the bench, Baker Mayfield, with his supreme confidence and free-spirited style, has been solid and has not missed a start.

Michelle and I are all set for winning seasons. 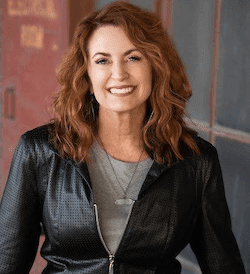