Justice Scalia gave RBG Flowers and Answered his Own Phone

I was fortunate in my collegiate career to meet game-changing people with whom I’d identified, connected or admired. From Paul Harvey and Ted Turner, to Ross Perot and others, these iconic storytellers, leaders and “doers,” as I’d come to know them, were also people, humans with experiences and advice to share, something profound to undoubtedly say to help us make some sense of what we’d find beyond the grassy knolls of campus. But I was more than a decade too late for perhaps one of the most profound and influential speakers to ever set foot on the grounds of Southern Methodist University: Ruth Bader Ginsberg.

She spoke to a sold-out auditorium filled with about 2,000 people on a Monday night in August 2011. Partisanship concerned her from the moment she was confirmed as a U.S. Supreme Court Justice in 1993. Now, nearly a decade after she guest lectured for the host law school, it was likely more of a concern—27 years later.

A vacancy felt throughout our nation

The news of Ruth Bader Ginsburg’s—aka Notorious RBG—death will forever mark us. Although it’s only been a week, we will never forget where we were, who we were with and what we were doing when we learned of her death. I doubt there are many people reading this now who don’t have distinct memories of the moment of the attack on the Twin Towers.

My husband and I were enjoying the first signs of comfortable fall temperatures on the patio last week when his phone dinged. He picked it up, looked at it, and let out a quiet “aww,” which is reserved for pictures of puppies and sad news.

My eyes welled up. I sat in the cool evening looking at my husband across our wrought iron table, speechless, unable to find words to express my deepest and utter shock, sadness and yes, even a twinge of despair.

“It feels like the courageous souls who stood up for what is right are no longer there to remind us, to protect us,” said one of my good friends, who was eating pizza with her family when her daughter’s phone dinged. “We have a divided country with two completely opposing views of what it means to be a patriot, what it means to be an American. Who will stand up for what is right now? Who will protect us?”

Scalia: He also answers his own phone

My husband and I watched several hours of news coverage that night as we mourned the loss of another larger-than-life figure who bravely paved the way for so many to more easily follow in her footsteps. What struck me most were the stories of the heartwarming friendship Justice Antonin Scalia and RBG shared, from the flowers he sent for her birthday to hearty discussions about their partisan politics and opinions she wrote.

Perhaps the greatest assignment of my young reporter career was covering the 5th US Circuit Court of Appeals’ ongoing national issue regarding school prayer policy. In advance of the ultimate ruling in the summer of 2000, I talked to local residents, professors and even a Justice to tell the story of a small, Baptist Texas city and the case’s effect on the rituals and traditions of Friday night football.

Santa Fe, about 20 miles outside of Galveston, was in the spotlight of the debate, focused heavily on prayer before football games (They Haven’t Got a Prayer, Texas Monthly). If you’ve seen the TV show Friday Night Lights, you’re familiar with the literally and figurately sacred place football holds in Texas communities. I sat on one of Santa Fe stadium’s aluminum benches on a chilly Friday the season before the opinion came down. The crowd, the noise, the solidarity of sportsmanship and well bidding on the side of each team was just their culture.

I can tell you my first (and only) impression of Scalia was a warm and friendly one. He was even a bit humorous, which I didn’t expect from a Justice when I picked up the phone around lunchtime as a reporter in my early 20s and dialed Scalia’s office.

“Is Justice Scalia there?” I asked when someone on the other end picked up the phone.

Oh my gosh! “You answer your own phone?!” I asked, without thinking first.

Although I got the “no comment” I expected when I asked Scalia for a response to the case, I was ok with that. I went into the call expecting to leave a message that would never be returned.

As we remember RBG for her positive and historic cases, this one story through Scalia reminds me the two were still human—Scalia answered his own phone—and are now both gone.

The loss is more for those who knew them as icons for answering their own phones than perhaps as icons in history.

“Everything felt different after that; it still does,” said my friend. 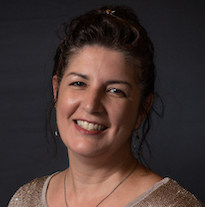 Monique Jozwiakowskihttps://www.mojozconsulting.com/
As someone with a dream of helping people and companies tell their stories and wonders of "what if...?", Monique Jozwiakowski made the decision to move from the corporate world of limited parameters and a defined sandbox, to one of entrepreneurship and endless possibilities. In 2018, MOJOZ Consulting, LLC was born. She incorporated the expertise of her husband soon after, and they haven't looked back. Working with two Fortune 500 companies and an international media company during her career, Monique has more than 20 years of award-winning information sharing and storytelling experience. Attempting to write a novel, she is also a business blogger. She is a heart-centric communications leader who helps build awareness and cultures around (and about) people, celebrating success through connections and collaboration. She specializes in identifying gaps and needs to craft clear and effective messaging for the most challenging objectives and initiatives helping organizations, their leaders, and people understand the impact of communications through transparency, authenticity, and truthfulness.