It’s Your TIme to Soar 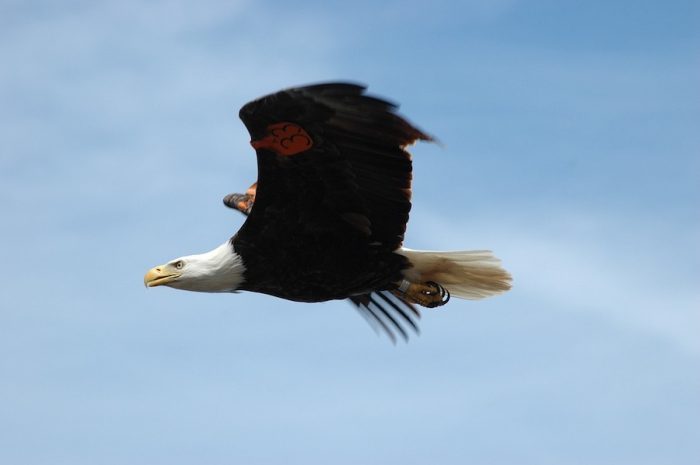 “Eagles don’t flock, you have to find them one at a time.”

While walking through the forest one day, a man found a young eagle who had fallen out of its nest. He took it home and put it in his barnyard where it soon learned to eat and behave like the chickens.

One day a naturalist passed by the farm and asked why it was that the king of all birds should be confined to live in a barnyard with the chickens. The farmer replied that since he had given it chicken feed and trained it to be a chicken, it had never learned to fly. Since it now behaved as the chickens, it was no longer an eagle.

“Still it has the heart of an eagle,” replied the naturalist, “and can surely be taught to fly.” He lifted the eagle toward the sky and said, “You belong to the sky and not to the earth. Stretch forth your wings and fly.” The eagle, however, was confused. He did not know who he was, and seeing the chickens eating their feed, he jumped down to be with them again.

The naturalists took the bird to the roof of the house and urged him again, saying, “You are an eagle. Stretch forth your wings and fly.” but the eagle was afraid of his unknown world and jumped down once more for the chicken feed.

Finally, the naturalist took the eagle out of the barnyard to a high mountain. There he held the king of the birds high above him and encouraged him again, saying, “You are an eagle, you belong to the sky. Stretch forth your wings and fly.” The eagle looked around, back towards the barnyard and up to the sky. Then the naturalist lifted him straight towards the sun and it happened that eagle began to tremble. Slowly he stretched his wings, and with a triumphant cry, soared away into the heavens. (Source)

In leadership, as in life, you will have competing voices that will cause you to run with the chickens or soar with the eagles. Here are a  few truths worth remembering.

Not everyone who picks you up will lift you up

The man who found the young eagle might have meant well in bringing the young eagle to his barn. But over time, his good deed turned the majestic bird, full of so much potential, into a common barnyard chicken.

If you want to soar as a leader you must break free from the good intentions of people who do not bring out the best in you.

Your worth is not defined by those holding you back

As the young eagle grew its identity was shaped by the company that it kept. Instead of realizing its full potential to soar the heavens, it was grounded with the chickens. The eagle was being labeled as something it wasn’t. His future was being cast. And the man could not be more wrong.

If you want to soar as a leader you must never let the people who are holding you back to define your worth. When you have the heart of an eagle, don’t allow the mindset of a chicken hold you back.

Over time, the young eagle was persuaded by the naturalist that he was more than a chicken as led to believe. It was when the eagle embraced everything that was great about him that he took his rightful place soaring to the heavens.

If you want to soar as a leader you will have to shake off the labels of your critics and stop hanging out with the chickens. Surround yourself with those who bring out the best in you.

The naturalist saw the eagle for the grand and majestic bird that it was. He knew that as long as it was confined to the barnyard it would never live up to its potential. He saw the eagles’ potential and he didn’t give up until it flew.

If you want to soar as a leader you will need people in your life who believe in you, people who will call out the best in you, and people who will never rest until you fly.

This is your time to soar!

What’s Wrong With (Always) Being Right?