The $3 trillion healthcare industry continues to crush the middle class and destroy the practice of medicine. Americans are paying more than ever and still struggle to access care.

What drives the cost of care in America today is the lack of transparency, administrative glut, overregulation, and ongoing consolidation. The time is now to expose and confront the profiteering special interests behind these four cost drivers.

Obtaining coverage gives relief as costs rise, yet keeps costs hidden and high. Our third-party payment system has obscured patients and physicians alike from knowing the cost of healthcare encounters.

As coverage has increased, without transparency of cost, large hospital systems, pharmaceutical middlemen (PBMs), and the insurance companies who are tied to both hospitals and PBM have been quietly profiting. These corporate giants have no motivation to offer transparency and discounts. Costs remain deliberately hidden from patients until care is received. What lawmaker or CEO would take a flight without knowing the destination or the cost until deplaning?

In addition, the insurers and hospitals work together, with hospitals accepting a small and differing percentage of their charge-master price from different insurers and even among different carriers. Unfortunate patients, whose insurance company denies a service, those who are out of network, or those who lack insurance are stuck with the entire, exorbitant bill.

Profiteers have hijacked the system at the expense of the American people, and now have an undue control over the system. And they are growing like a cancer.

The number of healthcare administrators grew by more than 3,000 percent between 1970 and 2010. In comparison, the growth of physicians during the same time was 200 percent. Concurrently, spending on healthcare increased by 2,300 percent. Is there any other conclusion than to tie rising costs to administrative glut? From 2010 to 2014, over a million more healthcare administrative jobs were created, largely to manage the regulations that our government has put in place. Will those administrators meet you or your loved one in the ER to handle your chest pain? It’s past time to cut the glut.

Administrative glut has led us to medicine’s mergers, creating huge hospital systems, that are adding to expense for all consumers. In regions of our nation with hospital monopolies, patients have no choice, and prices are as much as 1,000 percent higher than in places with multiple hospitals.

Americans are paying more than ever for coverage that limits their choices and doesn’t always provide them access to care. The bloated bureaucratic special interests must be unveiled for America to forge sustainable solutions.

No easy task, as the drivers of cost spent over 400 million in lobbying in 2018 and will be back knocking on doors. Lawmakers must stand for constituents over corporations. 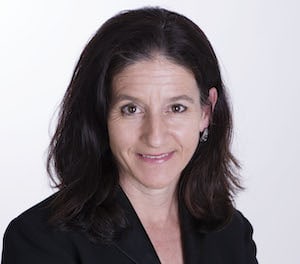