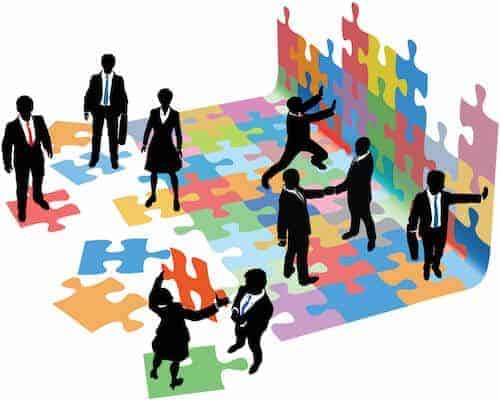 Travis Kalanick, Uber’s combative, and arrogant CEO is no model ethical leader. His apparent “shock horror” at finding the lack of respect for employees as rampant under his regime does not convince.

To Kalanick, business results outrank everything else. Integrity seems in short supply. Whether its treatment of women or lack of respect for the company’s life blood–the armies of freelance, mainly powerless drivers.

This ruthless, and many would argue unethical leader, has never-the-less built a corporate culture in his own image:

“…people typically know what they are getting into when they join Uber. They know it’s a very male-dominated, high octaine investment banking type of culture.”
President of SCGC Executive Search, FT  7th March 2017

And that is surely the point about culture in business:

Culture is “the way we do things round here”. More precisely, it’s the current values driving a company and its actions. Though commonly used as a way of summing up a company, it’s neither easy to measure nor to influence. Yet measuring and influencing is what’s expected from ethically-minded business leaders.

So how does a business leader go about building a sustainable business culture, based on integrity, or “doing what’s right”?

Also, why even bother? What difference will it make to adopt an ethical culture–and how will its impact on the firm’s success or failure?

The answers to these questions have been coming into sharper focus in recent years, We’ve reached the point where there’s a substantial body of hard to refute evidence. It shows ethical companies generally do better than less ethical ones–in the long term.

A continuing stream of studies make this point, especially about the long term. Most notable perhaps, we can refer to the list of the world’s most ethical companies drawn up annually by the US-based Ethisphere organisation. It sets high standards for gathering evidence. You don’t get away with less than a 40 page detailed questionnaire and follow up questions plus even interviews. Ethisphere finds the world’s most ethical companies regularly outperform the S&P 500 by 3% each year.

Also, ethical companies show up as resilient during both market growth and decline, They tend to surmount crises more easily and generally prove to be sound investments. The importance therefore of their company’s culture should therefore be a major concern of every CEO.

To keep his presidential campaign on message, Bill Clinton’s advisers hung a sign in his Little Rock campaign headquarters that read: “The economy, stupid” Designed to keep the internal audience of campaign workers focused on what really mattered, it worked so well, the phrase stuck. It became the slogan for the entire Clinton election campaign.

Today’s business leaders wishing to keep their companies focused on success, will sensibly adopt an equivalent to Clinton’s office sign: “It’s the culture stupid”   The ability to create an ethical, sustainable culture is strictly about delivering genuine business results.

A sign such a culture exists or there are serious efforts to create one, stems from the observable behaviour of the company’s senior leaders. Do they model what integrity and being ethical actually mean in practice?

So what exactly does an ethical company look like? How would you recognise one if you met it on your travels? For a start, healthy ethical cultures have zero tolerance for destructive behaviour, such as incivility, aggression, sexual harassment, and discrimination.

All five of these seem to exist in Uber, led by Kalanick. Following publication of an unflattering video of him getting angry with an unhappy Uber driver, he admitted

“…the criticism we’ve received is a stark reminder that I must fundamentally change as a leader and grow up. This is the first time I’ve been willing to admit that I need leadership help and I intend to get it.”

You also know a healthy company culture exists if the organisation seems driven by clearly shared values, has a credible code of ethics and practices, and pursues continuous ethical improvements.

Values run deep in the human psyche. They lie at the heart of an organisation and its ethical culture. They can, therefore, be challenging for any company to make real and sustainable.

Leaders who take company values seriously quickly encounter many related issues demanding attention and time. Such as “how can we know our corporate values are ethical? What happens when someone behaves against the values?” How do we instill the values in every single one of our employees?”

It soon becomes clear the route to an ethical culture is not an instant one. The effort often proves too much for some and all too often descends into destructive short-termism, or in the case of Uber a win at all cost mentality.

“Lessons must be learned from the corporate collapses of the past decade,”

warns the Chartered Institute of Management Accountants (CIMA) in a report on culture and strategy. And as if directing their message directly to the likes of Mr. Kalanick CIMA adds:

“…myopic strategies can create profitable entities, yet impressive initial results may turn out to be unsustainable.”

Leaders embracing short-termism tend to go through the motions of culture development. Rather than attempting to do the harder job of sustaining or shifting the culture they retreat into a more myopic view of how the company works.

In contrast, when Paul Polman Unilever’s CEO told his shareholders to put their money elsewhere if they wanted instant feedback on the company’s progress, he was indeed taking a risk. Investors once held onto their shares for about seven years. Today it’s closer to nine months or less. Since a culture makeover can take far longer, being ethical and taking a longer term view is not for the faint-hearted.

From the 10 Commandments onwards, codes of ethics have struck a chord with humankind. Within a company, they help nail down policies and actions that are acceptable or not acceptable.

Most (85%) of the FTSE 100 firms produce a code. Unfortunately, companies often rely on such documents as their main tool for achieving ethical behaviour. Yet these can never be more than a rough guide to action.

Many ethical choices cannot be known in advance and codes can never be comprehensive enough to cover all possibilities——ethics begins where the rules end. They are merely some of the nuts and bolts underpinning the ethical climate.

For years Nordstrom, a famous US retail company resisted having an ethical code. It saw them as complicated and unhelpful. Instead, every employee received a large employee handbook, with all the pages blank except one:

An ethical culture is always a journey and never the destination. Leaders who want their company culture to reflect important values such as honesty, transparency, respect and openness must do more than set the correct “tone from the top”, or continually talk about performance.

To build a sustainable ethical culture means creating robust structures that ensure everyone understands what it means to be ethical. They must be educated to be able to readily and safely question dubious practices and procedures.

This clearly did not happen at Wells Fargo. Thousands of staff colluded in creating false accounts for their clients and charged them for services they never asked for. It all ended in tears, with the CEO sacked along with over 5000 bank employees.

Yet few leaders set out to be unethical. Driven instead perhaps by short-term pressures, they simply lose sight to the overall aim. To counter this, companies need to invest in regular ethical improvements, through training, communications, and changes in formal practices and procedures.

For example in some firms leaders require teams to meet at least one a month to consider ethical issues, and to examine potential conflicts.

BAE Systems, for instance, has developed a series of scenarios which it uses to make its employees aware of what it means to be ethical; and how to approach the tricky task of making an ethical decision.

Elsewhere, there are numerous well-produced videos bringing to life ethical issues that can arise at work. Many are highly entertaining and help people to realize the hidden implications of actions that may potentially put a company’s reputation at risk.

Helping leaders to be ethical

Just as Uber’s Kalanick admits he need needs help with his leadership, many CEOs would also benefit from more systematic learning about what it takes to bring ethics to life in their company.

For example, international research shows under half (41%) of leaders around the world are satisfied with their leadership development opportunities. This is where HR can play an important role in promoting the kind of learning about ethics that could make a difference. Similarly, the Compliance role in a company can make leaders aware codes, rules, and practices only take them so far.

What may matter far more is learning how to:

Does your culture hold up?

Given the importance of culture is determining the long-term success of a company, we can add two more basic requirement to the above three learning issues.

When the recent VW emissions saga was at its height, countless CEOs began wondering “could something like this happen in my company?” The honest answer in most cases was “I don’t know.” For those who did more than merely wonder, a closer look at their culture usually revealed there were indeed many weaknesses. These included early warning signs of potential risks. Such signs were not confined to the neat territory prescribed by company codes and the compliance system.

They included the need for tests that would reveal where the company culture might be deficient and be putting the firm a risk–whether as unknowns along a long supply chain, or doubts about the readiness of employees to speak up when they came across something wrong.

How Leaders Get People To Go The Extra Mile — and...