Is Your Business Ready For The Future?

You might want to hold on your hats, because things are about to get pretty bumpy if you’re a business owner. The working world is due for another big revolution, and it’s coming sooner than you might expect. And if you’re slow off the pace, then you might just see your company swallowed up by a sea of change. Don’t worry too much though (yet!), because these changes are still a fair while away…we’re talking decades, not years. But like most other things in life, it always pays to be well prepared. The very idea of work is about to go under a change in a way that hasn’t been seen since the industrial revolution, and most of this comes down to workers, who are going to be asking much more from their employers than ever before. In the future, working from home will be much more common. That’s gaining some traction at the moment, but it’ll really take off as bosses get more comfortable with the idea of workers doing just as much work at home as they would do in the office. They’ll also be greater fluidity between work and social life. The traditional 9-5 routine will become more obsolete as workers adopt a more casual approach to working hours. This is already being seen in some countries around the world, and the good news is that it is affecting productivity – but in a good way!

And a Changing Workplace

The traditional office, with desks, chairs, and computer supplies? Yeah, don’t get too attached, because it’s on it’s way out. Inspired by the futuristic workplaces of Silicon Valley and other startup hotspots, the workplace will look more like a collaborative area where people can share ideas and come and go as they please. They’ll be rooms dedicated to nothing other than ensuring the employees are well rested and feeling creative. Much less formal by nature, it’ll inspire creativity and innovation. And dare we say it, but it might even turn going to work into something that is…fun?

Robots Are Here To Stay

Automation is most definitely on it’s way in a big way, and if you haven’t read up on the changes that this will bring then you might want to check how it’ll affect your industry. A quite preposterous 45% of jobs may be lost in the coming decades thanks to automation. While that’s an alarmist figure, the truth is that adding robots to our fleet of workers will have a massive impact – most likely bigger than anything the working world has seen in human history. On the positive side, it’ll lead to increased outputs and higher quality products. 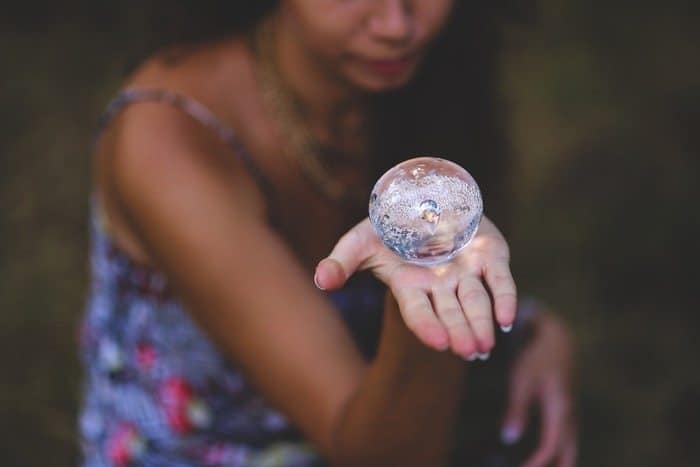 How We Get The Goods

If you’ve been following ecommerce trends, then you’ll be aware that people are more impatient than ever when it comes to getting their deliveries. This is partly the fault of Amazon (isn’t it always!), who have set the bar ridiculously high for deliveries; a recent order was fulfilled in under thirty minutes! It’s pushing the delivery industry forward, but not all companies can keep up with the money that Amazon throws into making sure its deliveries are rapid. Unfortunately, that’s of no consequence to consumers. Thanks to the fast paced nature of the 21st century world, people everywhere are already showing signs of a much shorter attention – and that’s extending to how long they’re willing to wait for an order to arrive. If they can’t get it when they want it, they’ll go with someone who can.

Preparing for the Tech Revolution

Most people think that the tech revolution has already happened. It hasn’t. In the future, people will look back at the technology integration in the workplace in the early stages of the 21st century and see it in the same way we see the very first computers: primitive. In the coming decades, things will really take off. Everything will talk to everything else, most everything you touch in the workplace will be a computer in one way or another, and you’ll also have massive streams of data relating to your industry and its consumers – all thanks to technology. It’ll be exciting, for certain, but only for those who approach their business in the full knowledge that you always have to be looking to the future!

Our technology is improving year on year, but at the same time, the climate is becoming ever more problematic. And we haven’t even begun to feel the true force of climate change yet. Moving forward, you’ll have the climate in your mind for two reasons. First, how your company is individually reacted to the causes and problems of climate change. You’ll be want to keep your carbon footprint as close to zero as possible, if it’s not already. Secondly, as climate change is too late to stop, it will be having an impact on the world – and subsequently your business. This may affect how you get your stock, how it’s distributed, and a whole host of other potential problems that we can only hazard a guess at at this stage.

Work as an Extension of Ourselves

Work is here to stay. There’s no doubting that. But its role in our lives will change, simply because people will wake up to the bigger things and life and conclude that having two separate identities – work and personal identities – makes no sense when we have a finite amount of time on the planet. Employees will expect more from their jobs, and subsequently their employers. Wearing what they want, and being who they want to be will be part of the pre-hiring contract negotiations of employees, we imagine.

Essentially, the trend seems to be a move toward everything getting more slicker, more efficient, more productive. Working hours are likely to reduce, but productivity will go up. We’ll produce things faster, in a more environmentally friendly way, and get it to our customers faster than ever before. So if you thought 2017 has a fast pace of life, you might want to get into training for the future….

What You Need to Know about Aviation Lawyers

Why Thanksgiving Tells a Story of America’s Pluralism