Is The Improbable Likely to Occur?

What we did not dare, we certainly lost, while by risking, we were only more or less likely to lose.

Leaders are visionaries with an underdeveloped sense of fear and a non-existent concept of probability, to their detriment.

Foresight means being able to discern the probable from the improbable, the possible from the impossible. Probability can be deduced from principles, but truth or certainty can only be obtained from facts.

It seems that to make a correct conjecture about any event it is necessary to calculate exactly the number of possible cases and then determine how much more likely one case is to occur than another. We know that these probability-based arguments are false and, if we do not use them carefully, can be misleading.

A former Lehman Brothers analyst claimed to be able to measure risk. You can measure a table, an object, or a temperature. But how can one claim to measure the probability of a future event? What we do is an estimate. It is different.

No matter how sophisticated our choices are or how good we are at mastering probability: chance will always have the last word.

Nothing holds back human progress like the false belief that the words ‘impossible’ and ‘improbable’ are synonymous. 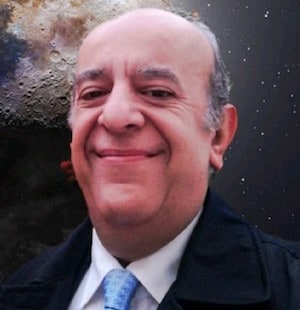 Rached Alimi
My name is Rached Alimi. I am a Senior Director with over thirty-five years of banking experience in this field and in other more complex ones. Titles don't mean anything. Our actions are what is truly priceless. I love to dig into the depths of being and seize the most beautiful pearls to share with those who are capable of receiving them. I love to write and think, and I am convinced that a careful reading of the works of a writer makes his personality and understanding surface much more than the knowledge presented within his biography. Because the latter reflects what he has in common with the rest of humanity, as presented in his works.