Is Freedom Worth Fighting For?

The world is witness to true courage and bravery in action by the president and leader of Ukraine, Volodymyr Zelenskyy. His people have responded and are following him. We are seeing what a REAL leader is. We can only imagine what our current federal government would do if they were in Zelenskyy’s shoes. They would probably hurt themselves running away from any threat. We need to pray for the Ukrainian people and their incredible leader Volodymyr Zelenskyy! 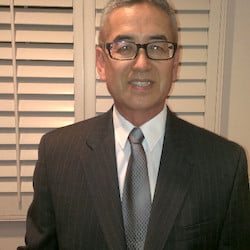 Mark Kageyamahttps://www.caringbridge.org/visit/markkageyama
My name is Mark Kageyama. I live in Southern California, USA. I am married, to my wonderful wife Beth, and I have two amazing daughters, Lisa and Tani. At the beginning of 2021, I was diagnosed with stage 4 cancer, in my bones, prostate, and my lungs. I made a very important determination at the beginning of my journey: I will be healthy, I will survive, and I will be positive every day! I am so incredibly blessed to be able to open my eyes every day! I truly appreciate the simple things in life: being able to walk outside my front door, experience nature, and all of the amazing things that our planet has to offer! This year I have gone through numerous inhumane, invasive procedures including lung and bone scans and biopsies, MRIs, ultrasounds, chemotherapy, etc. I have a CaringBridge Site, where I share my cancer journey. This site has taken a tremendous burden off of me, as far as sharing my cancer journey with family and friends. I also started a YouTube channel called 2BYourOwnHero, to share my journey, as well as, and more importantly, I want to help people appreciate their life, appreciate their health, and embrace their opportunities. I figured that there wouldn't be many stage 4 cancer patients who would be willing to share their stories with the public. I talk about the cancer battle, positive attitude, gratitude, and many other subjects which I hope to inspire people with. Every other Thursday, at 9:00 AM PST, my friend Katie Gasparri and I put on a presentation called the "Cancer Conquering Community" on the Clubhouse app. We are forming a community of cancer survivors, patients, caregivers, and concerned people who are interested in learning more about cancer. Please join us!

A Cancer Journey With A Beautiful SMILE