Introduction to Acupuncture and Chinese Medicine

Acupuncture has been legal to practice in the U.S. since the mid-1970s after President Nixon visited China where it’s been a tradition for at least 2,500 years.  A reporter on the trip named James Reston had to have an emergency appendectomy.  He was so impressed with the acupuncture treatments he received for post-operative pain, he wrote about his experience when he returned to the States.   The practice of acupuncture continues to rise in popularity across the country.  It can be found in medical offices, healing clinics, hospitals, and medical centers, and even on military bases.

The concept that placing needles in someone can actually help them continues to be strange to a lot of Americans.  But for those of us who receive benefits from acupuncture know that there is something important happening in the body beyond the placebo effect.

It’s been around for thousands of years.  Something is obviously helping people ( and animals!). Perhaps it is time to shed some more light on the mysteries of this age-old healing practice.

Acupuncture is part of a whole system of Chinese Medicine whose origins are believed by historians to have originated from the philosophy of Daoism ( also called Taoism ) which developed around 400 BC during a time called the “Warring States.”  Despite political turmoil, China was also experiencing a golden intellectual era that birthed two of its greatest minds, the philosopher,  Confucious, and Lao Tsu,  the father of Daoism.

During this time of political unrest, forward-thinking groups of scholars, physicians, philosophers, etc.  fled to the mountains with their families and lived among the mountain villagers.  The interaction between these learned men and the shamanic cultures who lived close to nature created the ancient philosophy of Daoism.  This philosophy teaches the importance of living in balance within and without.  Living in balance within means living a simple moderate lifestyle.  This is how to maintain good health.  It also means living in relationship with others and with the nature.  This allows one to live a peaceful life.

The symbol of yin and yang that we are all familiar with represents the constant dance between opposite energies that need to stay in balance.  This is not unlike Einstein’s theory of quantum physics.  According to this theory, everything in our existence is made up of atoms which are made of parts, such as the nucleus which has a positive charge, and the electrons which have a negative charge.  Like the positive and negative charges of magnets, both are important and neither is considered good nor bad. Their constant dance is what creates life as we know it.  In Daoism there is a constant interaction between the polarities of yin and yang,   such as sunlight ( yang ) and darkness ( yin); hot ( yang ) and cold (yin); up ( yang) and down (yin); and action ( yang ) and rest (yin).  There is a constant dance between these polarities which is what creates life.

In Chinese Medicine, the body is believed to be a self-healing organism.  If the body is in balance, it is healthy.

If there is illness, the focus is not on fixing symptoms, but on determining the underlying cause of the symptoms and facilitating the body to return to its natural balance.  The tools that the Chinese Medicine practitioner uses to assist this process are acupuncture, burning an herb called Moxa,  cupping, a form of scraping the skin called gua sha, a form of acupressure called Tui Na, working with Chinese herbal formulas and diet, and teaching the Chinese exercises qi gong and tai chi.  Anyone who saw Michael Phelps’ circular bruises on his back and shoulders saw the effects of cupping. Anyone who has watched a Steven Segal movie has probably seen acupuncture, moxibustion, and martial arts.  In the contemporary West, we may also see an acupuncturist using electro-stimulation of the needles,  far infrared, and laser.

If you ask an acupuncturist trained in Chinese-based schools how acupuncture works, you may receive an answer based on Traditional Chinese Medicine.  Their answer will explain this by discussing the life energy of the body called “qi”.  This life force flows throughout our bodies giving all of our cells the energy needed to maintain life and health.  There are 14 major (and a number of minor) “rivers” of qi that crisscross our bodies called meridians.  Our meridians interface with our all of our body parts, organs, and endocrine glands.  If there is a blockage in a meridian, this is like having a boulder blocking the flow of a river preventing the plants from receiving water.  In the human body, this will cause pain and disease.

Acupuncture points are spots along the meridians and throughout the body that give us access to these blockages.  Using the needles is like “removing the boulders” and opening the flow of energy again which allows health to be restored.  What causes these blockages?  Accidents; infections; negative thinking; environmental toxins; poor health habits such as diet, lack of exercise, and lack of sleep and some of the factors that through us out of balance and create pain and illness.

If you ask an acupuncture practitioner in the West how acupuncture works, you may receive an answer based on Western anatomy, physiology, and biophysics.

One theory is that normal cells have a certain balance of positive and negative ions inside and outside the cell.  When there is pain or disease in the body, the normal balance of ions inside and outside the cell is out of balance.  Stimulation with the metal needle acts somewhat like re-booting a computer that freezes.  The frozen pattern gets shaken up, allowing the cells to rebalance themselves and move back into a healthier relationship.

Studies have shown that acupuncture can affect our neurotransmitters that lie in our brains, nervous system, and organs.  Auricular (ear) acupuncture is especially effective in stimulating our neurotransmitters.  This system is so powerful that the French have developed a system that uses ear acupuncture alone.  Several organizations, such as NADA (National Acupuncture Detoxification Association), AWB (Acupuncturists Without Borders), and Battlefield Acupuncture ( originated by an Air Force flight surgeon), have also developed programs using the ear.  These programs are being used to help with withdrawal from cigarettes and drugs, for pain and stress in the military, and in traumatic events such as disasters, natural and manmade.

Working with the neurotransmitters is why acupuncture can be helpful for stress-related disorders, such as anxiety, depression, and insomnia.  Stimulation of endorphins (the body’s own pain killer) is the reason acupuncture is so effective in the treatment of pain.

Another way acupuncture treats pain is by treating trigger points that lie in our muscles and lining of our muscles called fascia.  According to this theory, the insertion of the needle tricks the body into healing itself.  The insertion of the needle creates a bit of micro-trauma.  The body reacts as if it has been invaded by something foreign.  It sends extra blood that carries extra oxygen and protective and healing substances to the “invaded” area and flushes out the waste products.   This not only helps dissolve trigger points, it is very effective in relieving muscle spasms. There is also a theory that acupuncture can help block pain impulses ( in much the same way as a TNS unit )  from going to the location of the brain where it is recognized as pain.

People want to know what to expect.  They want to know how long they can expect the treatment to last and how many treatments they will need.  I explain to them that there is no cookie-cutter approach to this modality.  It is different from the medical treatment we are used to in the West.  Acupuncture is not designed to “fix” symptoms.  It is designed to facilitate the body to balance itself, which is the state in which the body is able to self-heal.  Each person is different and each situation is different.  For example,  a healthy young athlete with a recent elbow injury is probably going to heal more quickly than an 80-year-old retired nurse with chronic back pain.  I explain this to my patients and explain that the effect of the treatments is cumulative.  I suggest that we try 4-6 treatments and re-evaluate together if we should continue this kind of approach to their problem.  I have a number of other practitioners with other approaches on my referral list.

There are many health challenges that acupuncture can treat and many gifts that it can bring to a person who is not feeling their best.  It is a wonderful adjunct to just about any other procedure, treatment,  or modality someone is also receiving.  Just about anyone who has received acupuncture will tell you that,  no matter what is being treated,  they leave the office feeling rested and relaxed with an increased sense of well-being.

For anyone interested in learning more about the amazing world of acupuncture and Chinese Medicine,  I recommend reading Between Heaven and Earth,  by Harriet Beinfield and Efrem Korngold and The Web That Has No Weaver by Ted Kapchuk. 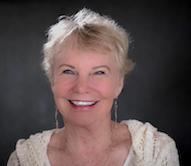 Lockdown: Yes There is Fear