[su_dropcap style=”flat”]I[/su_dropcap]AN BERSTEIN, who grew up in rural New Mexico, has always been a tinkerer and a problem solver. As far back as he can remember he was taking apart cameras, cassette players, and other electronics to create new inventions. In elementary school, Ian began homeschooling and started to learn more about electronics from one of his father’s students. At the age of 12 he attended the BEAM International Robotics Games and his lifelong passion in the field of robotics was sparked. Under the mentorship of Mark Tilden, a notable robotics physicist and founder of the BEAM Games, Ian spent his teen years building robots not only as a hobby, but also for university research students, for international robotics competitions, and even the Space Center Houston Science Center just to name a few. In line with his passion, Ian studied Electrical Engineering and Computer Science at New Mexico Tech and Colorado State University. His senior year, Ian he dropped out to learn about business by starting a web development company.

Over the next four years he did web development while maintaining a part-time job at RoadNarrows Robotics doing research and design to keep his engineering skills fresh. One night in late 2009 while playing with his iPhone, Ian wondered why he couldn’t use this amazing computing device he was holding in his hand to control the robots he was working on. Armed with this thought and hungry to do something big, Ian started a new company called GearBox, later renamed to Orbotix, with the mission to create the next generation in gaming devices – specifically, interactive smartphone controlled gaming robots. In the summer of 2010 with the backing of TechStars, a seed accelerator/investment program, Ian and his co-founder Adam Wilson created their first product, Sphero, an app-enabled robotic ball.Today Ian spends his time at Orbotix working on Sphero and other new robots that will soon revolutionize the gaming industry.

1) How did you come up with idea of Sphero? It started back in 2009 when I was working at a robotics company called RoadNarrows Robotics. We were selling robots to research labs and universities and one night I was looking at some of the products we were selling while I was playing with my iPhone. These products were linux-based controller boards that were used in the robots we sold and had accessories like touch screens. The thing was that these controllers with accessories could easily cost into the thousands of dollars and they weren’t even close to the quality of technology that was in smartphones. I asked myself, “wouldn’t it be cool if I could use a smartphone as the brain for the robots instead?” After some research I quickly realized that not only was no one controlling robots with a smartphone but no one was controlling anything interesting with a smartphone and the market could actually be huge for something like this.

I ended up meeting my co-founder, Adam Wilson, through a mutual friend and with a small loan from my dad we purchased an Android device, built a custom Bluetooth enabled dev board, and got to work creating demos. The first demos were more obvious things like controlling lights, a remote starter in my car, my garage, and a toy tank. This was enough to get us into the Summer 2010 Techstars Boulder program though and it was in the first couple days of the program that we came up with the idea for Sphero. A fun gaming robot or hotel door locks – the direction we wanted to take the company was pretty obvious for us.

2) What inspired you to create Sphero? In the first couple days of the Techstars program we had a list of literally 100 ideas of physical things we could control from a smartphone. We were going through the list at 3am one night and I said, “we just need something simple, something I can pull out of my pocket and it does something cool.” Then, no idea why, but Adam said, “what about a marble?” I then thought back to this ball robot I had built as a kid that was based off a design by Richard Weait and Mark Tilden’s BEAM technology and said, “what about a robot ball?” So that robot I had built when I was 14 and the idea of controlling physical things from a smartphone were the inspirations.
3) Are Sphero at the front of a new industry in consumer robotics? Absolutely, and we are coming at it from a different angle than most traditional robotics companies. In the past companies have viewed robots as either purely utilitarian or primarily toy. We view ourselves as both an entertainment company and a robotics company. This allows us to create connected play experiences like you see in our products to date, but also create extremely sophisticated robotic experiences that are currently in our lab. As adults, kids, and families as a whole become more connected our products are becoming more and more relevant. Our mission at Sphero is to put a robot in every home and we don’t see any reason we can’t make that happen.
4) What does the future hold for robotics? I don’t think anyone can deny that at some point in the future everyone will have a robot in their home. Just like today you go out to buy a car, a phone, a computer, and maybe a home – in the future you will go out to buy your robot. These robots aren’t going to be like a Roomba vacuum today but more like Rosie from the Jetsons. Sure, Rosie can make you dinner and clean your home but more importantly Rosie was a member of the family with a strong personality and character. She had conversations with and hung out with the family. These are the robots that are coming.

5) Are we near robots taking up our daily jobs? Well they already are. There are literally millions of robots in use today in factories around the world. There is never a shortage of jobs and things that need to be done though so I don’t think some massive unemployment will ever happen. Things will change for sure but I don’t see it as an issue. Technologies have always put people out of work but there are always new jobs that are created in the process.
6) What advice would you give to young entrepreneurs who want to go into the business of robotics? I would say the robotics revolution is coming very soon and it’s a great time to get into the industry. Whether it’s industrial robotics or consumer facing robotics there is a lot going on and the technologies to do things that we have only seen in science fiction movies is just now coming to fruition. Let’s create the future.
CARE TO SHARE?
Linkedin
Facebook
Twitter
Pinterest
Print
Email 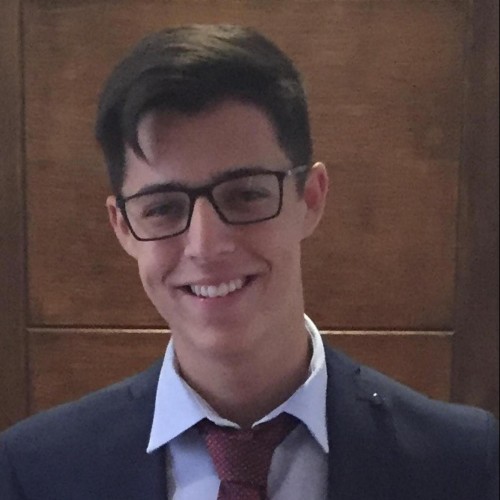 Jake Slagelhttp://theyoungbusinessmen.com/
JAKE is the sixteen year old boy owner and founder of the website The Young Businessmen. Since its creation one year ago it has been funded and operated solely by him. It's high profile interviews with businessmen such as Chris Sacca, Ian Bernstein (Sphero) and Bibop Gresta (Hyperloop Transportation) have attracted visitors from all over the world. Jake plans to expand content and reach of the website substantially this year.