I’m Struggling With My Business

What Can I Do?

This article is mostly the Prologue of a little book I recently completed, The New Agreements For Leaders. Most of us know the old saying that doing the same thing over and over expecting a different result is a form of insanity. It’s no different for leaders and managers. When the company stalls or big problems arise and we can’t seem to get the company back on track, what are the options for most leaders and managers? Doing more of what’s not working? Yes, that’s the option most default to but hardly the best one. But without something proven to shift to the way we lead and manage and solve problems, it can seem as if we will never get out of a challenging situation. In this article, I’ll share with you a new framework for leadership and management that will take you where you want and need to go.

The growth and development of people is the highest calling of leadership.

The New Agreements for Leaders

Imagine there was a new model for leadership and management that produced more value—potentially much more—in your business or with your clients. And further imagine that this model was based on Nobel Prize-winning systems and process science that not only sped robust change for the better in critical business functions but actually developed good or even great leaders and managers in the process. Well, that’s exactly the model which you will learn in this book, and it’s comprised of two parts: The New Agreements for Leaders and the New Agreements Tools.

Importantly, The New Agreements model is systems based. But unlike other systems-based organizational improvement programs, it is not a program.  It is a way of being in the workplace as a leader or manager that is fast to implement and sustainable once implemented. In its implementation, both business operations and people experience transformational growth in ways that bring more value to others, themselves, and the company.

This Prologue is for those decision makers, mostly in larger organizations, who will say, “We’re already doing that.” We already have a leadership, quality, productivity, or another program that we’re heavily invested in. While that may be true, it’s unlikely your company is doing something similar to the New Agreements for Leaders work, and here’s why.

Almost all programs around leadership, quality, productivity, and employee engagement are top/down. Often the goal is to drive the program to where the work is being done: the frontline staff. More often than not, these types of well-intentioned programs falter before reaching their destination, so the full value is never realized. Some become the dreaded ‘flavor of the month’ improvement program; quickly tried and discarded.

By contrast, The New Agreements for Leaders, and implementation of the New Agreements Tools (NATs) starts where the work is being done. The optimizing of systems/processes is, for the most part, created by those closest to the work. Regardless of title, those directly involved in the process learn to be good managers and leaders. As a team, they become more self-directed in solving problems and setting up the people and the company for maximum success. Accomplishments flow from the frontlines up the organization instead of from the top/down.

Leaders who have big investments in legacy programs can take comfort in the fact that other than providing a little general support, implementing The New Agreements work requires you to change virtually nothing you’re currently doing. Implementation is designed to start almost unnoticed with a small pilot project or two, run by frontline staff, and possibly a leader or manager who wants to learn the New Agreements Tools to up his or her own management or leadership skillsets.

Based upon the successes of the initial teams and chatter in the hallways, spread of the work is organic. As successes are shared with others, it is not unusual for formerly resistant frontline staff to be standing in line to bring the New Agreements work into their departments. Compare this with the pushback you often see for most top/down programs.

Whether this book ends up on your nightstand or the trashcan, there is one final plug I want to make for The New Agreements work. The Tools outlined herein work in creating better businesses. There is much data to support this. However, one example will forever stand out for me.

In fiscal 2013, a $30M business lost $9M due to gross mismanagement. The CEO and four VPs were fired. Brian, the last VP standing, was appointed as a first-time CEO. He re-implemented the New Agreements work, which the former CEO had done away with. In eleven months, the company turned a $9M loss into a 1.1M profit—with no layoffs. While there have been some seemingly miracle turnarounds in business, this is the only one I know of that didn’t involve layoffs. Here we see the potential for added value when implementation of the New Agreements Tools becomes the method for leading and managing a company. This stuff works!

Brian had the advantage of having frontline staff already trained in the use of the New Agreements Tools, so he had only to turn them loose to fix what ailed the company. Still, you may be surprised by how quickly your frontline people become effective using the Tools. Changes in outcomes that might be expected to take a year or more will be realized in months. Improvement projects normally projected to take months will be accomplished in weeks. This is what happens when we align Right Actions with the scientific principles that dictate how the physical universe expands and evolves. Enjoy the journey.

If this article has piqued your interest, I’d suggest you get yourself a copy of The New Agreements For Leaders. It’s free at www.thenewagreements.com and only takes 1-2 hours to read. I believe the most value of this work will accrue to leaders and managers and also to consultants and coaches who may want to add this work to the services they provide their clients. I have a vision of thousands teaching this work around the world, creating better businesses and making a real difference in the world. 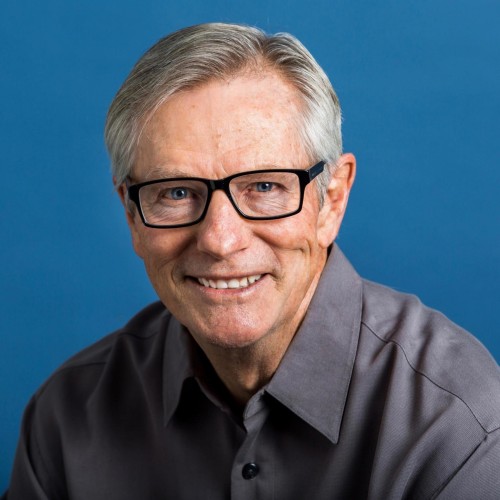 David Dibblehttps://thenewagreements.com/
As a 24-year-old, I founded a company with $5000 and built it into a $10M business with 200 employees. I was an early adaptor in the quality movements of the late 1970s and early 1980s, often speaking to business groups on the subject. Since 1990, I’ve been doing consulting and training, teaching leaders and managers how to be better in their roles, resulting in much higher performing businesses. My life’s work is embodied in The New Agreements for Leaders training, a systems-based paradigm shifting leadership and management model that creates significantly more value in businesses than traditional models. My latest book (I’ve written five) is The New Agreements for Leaders. The engine for implementation of this model is the 7 Tools for emerging leaders and managers. Importantly, the use of 7 New Agreements Tools for leaders and managers actually grows good and even great leaders and managers. For eight years, I worked directly with don Miguel Ruiz, author of the best selling The Four Agreements and prior to that studied both the physical science of change and the spiritual science of transformation. I’m now living in Napa with Linda, my wife of 46 years, so we can be close to our children and grandchildren. I’m learning to drink wine out of a glass rather than a pitcher and still enjoy a bad round of golf now and again.

The 94% Rule – The Single Most Powerful Principle Every Leader...