“I’m a realist!” says the pessimists.

It is very easy to identify the optimists in the room. These are the “glass half full” people, which can be very encouraging and annoying at times (you know it’s true). Distinguishing between pessimists and realists can be a challenge, though. Pessimists will often describe themselves as realists. They will make a negative comment and present it as truth. Here’s the thing, though, negative thoughts don’t hold any value. Zero. These thoughts don’t get us into problem-solving mode; even if they seem accurate, they just aren’t helpful. This is not to dig our heads in the sand around things happening in the world, but this mindset leads to more depression and anxiety. So how do you know the difference?

All in all, it’s essential to look at what is instead of what should be. As Aristotle says, “ It is the mark of an educated mind to be able to entertain a thought without accepting it.” Not everything we think is true, it’s just a thought.

Life is short, and quality of life is directly connected to one’s mindset of self, other people, and the world. We have a choice over how we want to show up in life.

How do you want to show up? 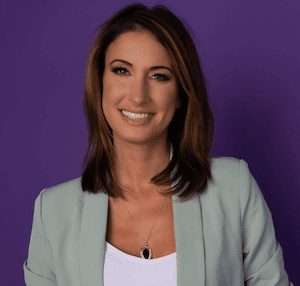 Mandy Morrishttps://www.mandythetherapist.com/
Mandy Morris is an executive psychology coach, therapist, speaker, author, and mental health expert. For more than 15 years, she has had the honor of working alongside individuals from all walks of life who decided to take action to change their lives. While Mandy specializes in assisting those in executive leadership, the key to success in any role, personally and professionally, is knowing you're ready to do the work. She will help you figure out what it is that's stopping you from moving forward. Then, she will create a clear plan for how to rise above any obstacles you're facing so that you are ready for a future of incredible possibilities. There are a lot of coaches and therapists in the world. What sets Mandy's work apart from the rest is her extensive training, real-world experience, and personal passion and purpose in her field. She holds a Master's degree in Clinical Counseling and is a Certified EMDR Clinician & Anger Management Specialist. Mandy is also Co-Founder and Clinical Director of Mosaic Counseling Group, using evidence-based approaches, positive psychology, and neuroscience. Whether through her private practice, individual coaching sessions, group sessions, speaking engagements, or social media presence, Mandy's goal is always the same: To guide you toward the future you desire as we break through old patterns.

Are You in the Uncomfortable 20%