If Your Boss Couldn’t Fire You – What Would You Do Differently?

Fear runs a lot of our decision making ‘power’. It stops us from behaving in ways that we want to behave and instead, submits us into saying and doing things we believe are safer.

The truth is, by hiding behind fear, you risk all your safety. Here’s why. 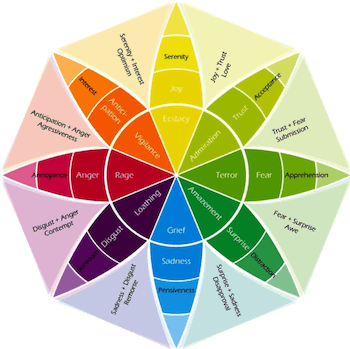 FEAR is an emotional state; one of the 6 core emotions, and when referring to Robert Plutchik’s wheel of emotions, fear branches to terror, apprehension, and isolation. By expanding our vocabulary, we can now explain why safety is at risk when hiding behind fear.

Especially with your boss.

So, if you’re afraid of being fired, you’re more likely to steer clear from doing the following with your boss:

And yet, demonstrating ALL the above establishes a much more solid circle of safety because it promotes deep connection, deep understanding, and deep servitude – to each other.

Not to mention, on the other side of fear is all the GREAT STUFF!!

Think about the last time you did something that you were initially afraid of or fearful of. After taking the leap and doing it, was there an emotional, spiritual, physical, mental payoff greater than the fear? As long as you’re reading this…which means you didn’t die…your answer is likely “Yes. There was something great on the other side of fear. There was something that came out of that experience that gave me more than I expected to gain.”

Fear is an important core emotion. Just like happy, sad, surprise, anger, disgust. It has a purpose.

From fear, the most readily available emotion is often anger. If you’re like most people, grabbing at anger does not serve anyone. It does not serve the self and it certainly does not serve other people. It doesn’t offer any nod to one’s core values either and because of this, anger will have you behaving in ways that will have you ruminating in shame and blame.

For every person, the purpose of your fear, is as individualized as you are. The goal is to figure out the source of your fear and harness its power toward action…not toward anger.

It’s going to be amazing once you do.

Just keep your eyes open for the landing. 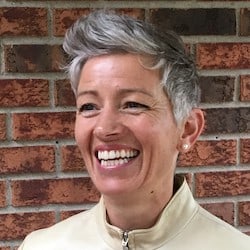 Teresa Quinlanhttps://www.iqeqtq.com/
Teresa Quinlan, Executive Coaching, Leadership Development, Speaker, Consultant. An Entrepreneur and Founder of her personal brand and the formula IQ+EQ=TQ, Teresa is passionate about emotional intelligence as the key ingredient to leveraging your IQ and personality and achieving the greatest levels of performance success. Teresa has been focused on transforming individuals, teams, and organizations to greater levels of performance since 1998 and has experienced leading teams and organizations through the highest of highs and the most challenging changes. Having spent over 25 years cultivating a rich and diverse set of skills, knowledge, behaviours, coaching and training new and experienced leaders, and mentoring, Teresa has developed shoot straight coaching, training, and mentoring techniques which foster opportunities for sustainable behavioural changes that lead to exceptional results; whether these results are to improve an individual's overall sense of well-being, a teams ability to be innovative, collaborative, self-organizing and self-directing, or an organizations ability to truly live their values throughout every uphill battle and downhill celebration. The road for Emotional Intelligence can being with the EQi-2.0 assessment; providing the baseline markers for one’s current EQ skill set. Development of EQ is done in many ways including: 1:1 Coaching, lEQdership – Leadership Development through Emotional Intelligence Program, Webinars, Speaking Engagements, Team coaching, and consultation. Listen to TNT ESQ podcast with co-host Rhys Thomas on Spotify, Apple Podcasts, Anchor, and more.

Discretionary Use of Emotional Intelligence