If You Want to Fix Racism, Hug a Nazi

–If this title gives you a visceral reaction, you might be part of the problem

How did we get here? How can we have arrived at this same level of rage after only 6 years since the Ferguson riots?

Before that, the last really huge riot was in 1992 with the L.A. Riots–sparked not by a death but by a beating. How’d we get back to where we are today so quickly? How did history repeat itself so soon?

Simple: we tried to fix the wrong problem.

The term “Echo Chamber” has been in use for a long time. Notably used to describe when groups of people share the same thoughts and reinforce their beliefs with each other.  We see examples of this in real life, and especially on social media. People will gravitate toward each other because, if we’re honest: we like to feel good about ourselves. The more positivity we can garner from others, the more we get that nice dopamine hit. “Birds of a feather flock together” after all.

It turns out our brains are wired up for this.

Let’s Talk About the Human Brain

The human brain has developed along a path to conserve as much energy as possible. Back when calories really mattered for survival, thinking hard was a life or death thing. Worrying about what could happen was an energy-consuming task. Coming together in tribes where the group didn’t have to burn as many calories thinking was a matter of survival. While this helped in that situation, and like-minded people working together helped then, it’s carried forward into society now, where we can definitely afford to spend the extra calories on “extracurricular” thinking and actions.

The problem is… we largely don’t.

The past few weeks have been punctuated with people on social media saying something along these lines:

If you don’t believe that Black Lives Matter, just disconnect/unfriend/block me now.

While I understand the sentiment and know that it’s important to identify racism effectively, what this ends up doing is creating new echo chambers. Some of those people reading the message are racists. And some of them will say, “Well FINE maybe I WILL do that!” never to be seen or heard from again… except from other racists.

When we push racists away from ourselves we’re essentially creating two echo chambers–the one that racists will turn to where they approve and reinforce their own beliefs, and the other ourselves–non-racists–under the auspices of ridding ourselves of hate speech.  We are, in fact, creating more of the same problem that’s started riots over the past 3 decades, which counteracts any togetherness and removing of hate speech than we ever have.

Bringing It All Together

The thing is, you’ve lived life and have arrived at conclusions largely due to your upbringing, information you’ve consumed, and people who you’ve been around. We all have. Our minds are shaped as a byproduct of what it’s exposed to.

Got that image? Excellent. How did he get that way?  Aren’t the conclusions he’s arrived at largely due to his upbringing? Information he’s consumed? People he’s been around? Aren’t we all?

Do you really think your beliefs would be what they are today if you were in the exact same situation as he was? To him, racism is normal.  How you and I think? To him that’s abnormal.  But if he exists and we exist, and pushing people away isn’t working, then how can we solve this?

Earlier I mentioned that spending extra energy thinking about things was a matter of survival. Thinking too much without action led to problems.  Now though, NOT thinking enough can lead to problems.

We live in an amazing age where we have information at our fingertips. We can literally be in touch with anybody, regardless of physical location. This means not only do we have the power to be impacted by anyone, but we can also impact everyone around us.

So many people go through life feeling alienated because they don’t feel like they’re being listened to. The only people that DO listen are the ones that already think like them.

If we really want to see change on this–lasting change–folks, we’re gonna have to hang around racists and really listen. And I don’t mean listen for the sake of trying to refute their beliefs. No. I mean really listen to a fellow human who probably has some of the same beliefs you have about different things, except they also happen to be a racist.

It costs calories to deeply and critically think through what’s being shared with us.  It’s hard. But it’s 2020 and we can afford that luxury. We’re not going to get eaten by a grizzly bear while we’re thinking about how the socio-economic effects of the Civil War and generational hatred resulted in a young guy being raised as a racist is the norm.

When we can freely listen to someone whose beliefs can be like a gut punch, and help them feel safe enough to be heard, THAT is true progress.

I understand what I’m suggesting is incredibly hard. It may be impossible for some people. But if you’ve got what it takes, and you have a strong enough mind and a big enough heart, it behooves you to consider this. People need to be heard. And it doesn’t mean you implicitly agree with them. But they need to be heard.

Who will you hug with your hands, heart, ears, and mind today? 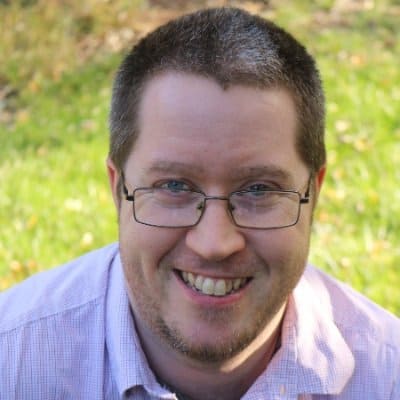 Michael "Fritz" Fritziushttps://archdevops.com/
Michael "Fritz" Fritzius is a Husband, Father, Christian, Business Owner, Podcast Host, and of course Writer. Hailing from the mysterious land of St. Louis and co-owner of Arch DevOps, he comes with a background in technology and leadership. Storytelling is an organic result of the experiences he's been through, and connecting with people on-and-offline has been an amazing way to tap into the deeper roots of humanity. Look for stories about success, failure, lessons learned, interpersonal impact, fatherhood, marriage, and many other facets of life that makes he--and you--amazingly Human.