If You Aren’t In The Arena, Where Are You?

Your best life awaits you in the arena.

The life of your dreams and of your destiny. The life you long to live. The life that calls out to you. The life that fills you up and flows out to others. Maybe you’re like me and haven’t always lived in the arena. Maybe you aren’t living in it now. You’re close, but not quite there….at least not yet. Here’s a question that is worth exploring.

If you aren’t in the arena, where are you?

Here are a few places I’ve visited — all of which were connected to the arena…close to the center of the action, but all of these kept me out of the action.

The first one is obvious. It’s the one Teddy Roosevelt contrasted in his inspiring speech that we now know as The Man in the Arena speech. When he first delivered it in France, he called it Citizenship in a Republic — neither sexy nor tweet-worthy. It doesn’t matter if you are sitting in the best box seat in the arena, the front row of the 50-yard line, or the back row of the nosebleed section in the cheap seats — take any of those seats and you’re still a spectator.

Life is not a spectator sport. It’s lived in the arena.

But there are other places in, or near, the stadium that still isn’t in the arena.

The Parking Lot — you might have gotten stuck in traffic, or were having so much fun at the tailgate party that you stayed in the parking lot. Maybe you didn’t have a ticket and were hoping to score admittance to the big game. Whatever the reason, if you’re in the parking, you’re not in the arena.

The Locker Room — this is where players go when they have been injured or disabled. They were in the arena, but something happened that sought to take them out of the game. Now they are in the locker room with the trainers or physicians trying to convince them, or maybe themselves, that they are fit enough to return to the arena.

The Press Box — that’s where the reporters sit and cover the game. It doesn’t matter whether they are covering the game for the local newspaper, regional radio, or national television. They may have celebrity status for their commentary and may have been a star of the past, but for now, they are NOT in the arena. They get to report the action, give you the play-by-play of the action…but they are not PART of the action.

The Bench — on the bench is a bunch of players who are part of the team. They have participated in the practices and they are dressed out for the big game and simply waiting for the coach to hear their prayers, “Put me in coach, I’m ready!”

The Penalty Box is reserved for those who were in the arena but either didn’t follow the rules and are suspended from action for some period of time. They might have been overzealous or perhaps thought they could get ahead by cutting corners or taking a cheap shot at an opponent. No matter how desperately they want to get back in the game, for now, they have to sit it out and await your turn.

Where are YOU now? At this very moment?

Are you in the arena? You may not be playing your best, you may be getting beat severely. You may be bloody, battered, and beat-down…but at least you are in the arena.

One thing is clear if you are in any of these places, YOU ARE NOT IN THE ARENA.

Take it from someone who has occupied all of those positions at one time or another. It’s better in the arena.

Make 2020 the year you occupy the arena and together let’s make the 2020s a Decade of Difference. 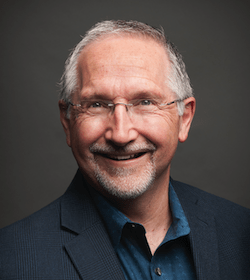