I Still Question Anti-Racism. Here’s Why.

Back in 2020, I was brought in to talk about racism. To ground the conversation shared the definition of racism; The belief that one ethnicity is inferior to superior to another.

Like most beliefs, the actions that precede uphold and support that belief. For example, if you believe in the tooth fairy – every tooth that comes out goes under the pillow.  If you believe that if you see a shooting star, whatever you wish will come true, you will make a wish.

That’s how beliefs work. Something else about a belief is that it’s usually handed down from someone else. Or I like to say beliefs are gifted by the ego. Knowingness is the enlightenment of your being // higher self. So I studied more about racism and came to an understanding that the same thread of racism exists in the other isms (classism, colorism, ageism, ableism, sexism).

And while racism is presented as a Black and White issue – it is a humanity issue given the energy translates to the other isms.

My brain went to work connecting the isms and seeing what could be done to help end / solve them. If racism, along with the other isms, has to do with a belief at its core – the answer is to stop that belief. That’s the answer – that’s the solution.  But it’s not that simple.

Beliefs are embedded within our humanity and often sit on the side of ego. This is why defending what we believe in is important to us. The ego is always up for a fight.

Think back to when you believed in the tooth fairy, easter bunny, and Santa Clause – the mindset and heart-set you were in is different than you are now, but that didn’t happen overnight. That part of you transcended and evolved.

So my next thought was around all the language and perception or momentum behind anti-racism and racism. When I googled racism, photos of Black and White people usually came up. There was very little grounding in the concept or root of race, which the word racism comes from, and the anti part didn’t feel right.

Anti is resistance and whatever word you use after isn’t a message to end it – it is a signal to focus and build more momentum around it. And that’s exactly what happened. Companies made faux commitments and statements and donations to accompany empty initiatives without realizing what we resist persists.

The language and implications around anti-racism follow a theme that White people are the only ones that can be racist. Growing up in the 90, ‘s tv and movies were raw. They mimicked all the shit that was happening in the world and communities – racism was a thread throughout all ethnicities.

The belief that one ethnicity was better than the other.

During this fight and focus to become anti-racist and not acknowledging that seemed off to me. Going back to ‘anti’ as a foundational concept to end something won’t work.

I was listening to a talk by someone I admire, and they mentioned a project they were working on to end world hunger, and I thought, why not work on a project to feed everyone. Why does something have to end to amplify what we want to see most? It’s a shift of the words, and words are powerful.

Another trend I saw was people advocating for anything anti-racism and getting burnt out, becoming more anxious, depressed, and left feeling defeated. I heard things like – I am trying and doing everything, and nothing is working. Being against something takes way more energy and effort. It has very little yield – especially if you are trying to bring forth anything of significance to this world.

I often think of birth – anyone who understands the natural flow of giving birth will never tell you to fight the contraction or the urge to push. It’s all flowing.

The energy to end racism isn’t isolated to just racism, as the energy that makes up racism is universal. Hate, bitterness, and unforgiveness all live within racism – those same things also live in our daily experience. To try and completely cut them off would send a shock to our system.

Again, the words we use:

I hate that person. Bitterness towards a boss for something that happened five years ago.
Not able to forgive the person that cut you off this morning.

And just like anti-racism – we justify the specifics of the situation, but at the end of it, it comes down to the root energy.

Meanwhile, you harbor the same root energy of what racism is. The problem perpetuates through the very thing you are fighting, AND you have less energy to even see what is going on. And around and around we go.

I have seen some pretty hateful things from folks on the anti-racist journey. And the reason this is relevant is because they don’t see they are also contributing energy to the momentum of racism. Racism is fueled by hate, unbalanced ego, apathy, unforgiveness, and bitterness. You speak to anyone racist, and these qualities will come out – so just because you claim anti-racism or are of a different ethnicity, you’re immune?

Hate, unbalanced ego, apathy, unforgiveness, and bitterness are all universal parts of the human experience. The only ones that don’t experience these things are babies, but if they hang around humans long enough or are in their human experience long enough, it comes out in some way.

This also debunks something I heard, which was Black people can’t be racist. Yes, they can.

Listen, if anti-racism is the movement – let it be that but don’t tuck shit under the rug if we’re doing a deep cleaning of our humanity. There have been some truly messed up things done in the name of racism. This isn’t about excusing or breezing over that.

I am trying to bring light to the fact that nobody wants those things to be happening based on what is being said. However, the question that has come up as I observe the world of anti-racism is:

Because in truth, based on what I’ve seen in this world – if something is profitable, for it to end is not in the best interest of the person or people that are profiting from it. That type of thinking would be illogical.

An example: Philip Morris makes cigarettes; everything in a cigarette is designed to kill the body. Knowing this, they could end the company and production of making cigarettes (instead, they found a new way to do the same thing), but they won’t – why? Because it’s profitable.

You see, we’ve gotten ourselves in a pickle – something that is common to our societal patterns.

We rather treat the symptom. Get the steps and the to-dos. Not addressing the root.

In the US, that is the culture, and the momentum is strong. To think that doesn’t affect the conversation of anti-racism isn’t to think this whole thing through.

I’ll end with this.

Anti-racism isn’t a bad place to start – the desire to not have racism exist and people not treat other people like shit because they are different is ideal. But we can’t Thanos snap racism. It’s that type of thinking that caused and is causing genocide. However, we can’t stay here. We need to transcend, and nothing that is ‘anti’ transcends; it just continues the energy and momentum.

To transcend, we must see things as connected – one amplifies the other. At this moment in time, we don’t have to start from scratch. Great movements have happened, and to see how they were done will give us clues.

Racism is a human condition. A defect in humanity. To trying and end that will be challenging for two reasons:

It’s the human condition – we need to transcend our humanity in order to make that shift. Some are there; some are not. The systems we operate in support the energy of racism and the other isms. And the system doesn’t work unless the programing does – and we are the programmed.

Our society values the visual, embraces the superficial, and discredits the supernatural.

So you can continue to fight the human condition or amplify the parts you want to see more of. You can allow the programing to uphold a system that supports what you are trying to see less of, or you can design a new program to support a new type of system.

I am sure there are more ways to look at this, but this is a start.

Thank you for reading. 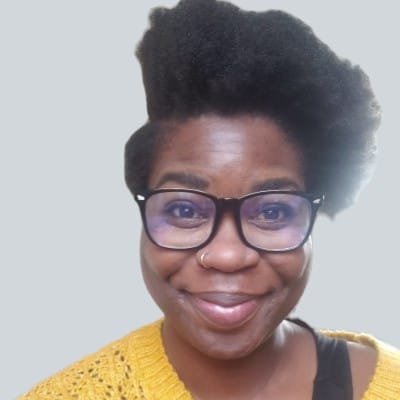 Charisse Fonteshttps://www.culturecircle.co/
Charisse Fontes likes people to know that she is human first. Charisse is a visionary, founder, author, educator, and speaker that amplifies the message of humanity and high vibration. As the Founder of Culture Circle, she helps growing companies navigate their culture and inclusion with anthropology and humanity. Charisse also runs a non-profit 501(c)3 called Humanity Power™, which is dedicated to raising the humanity to end the ‘isms that are harming humanity. She is an anthropologist studying cultures, religions, and tribes to enrich humanity-focused work and reach. When she isn't doing this work, Charisse is spending time with her family, hanging out in nature, building a strong community, and serving as a birth doula.