I Believe in You. Do You?

We are better than we often choose to be. It’s doubt and distraction, self-preservation, and unchecked beliefs. We limit ourselves with traditionalism, crippling our capacity for wisdom and growth, resulting in privation of the soul from our unacknowledged privilege.

I am much more interested in being better, than being right.

I am disciplined in my intent to improve rather than prove.

I am not exceptional, yet often feel marginalized as an exception. I don’t “toe the line.” I actually dismiss “the line.”

As people gain experience and knowledge, they have a greater context to learn, which allows greater learning. Assessing what new ideas and influences to contemplate and consider has matured. The discipline is to exercise and maintain an open mind. Age does not determine this growth. You don’t have to be smart to grow old. The paradox is that as people develop experiences and age, they often become more rigid in their thinking, rather than more discerning and open. These people cannot innovate. They will resist change. [We] must acknowledge that unchecked beliefs and rigid minds are detriments to… growth.

Unapologetic for who I am and hopeful for who I am becoming, I journeyed into the depths of my beliefs, my heritage, my perspectives, and biases. I read books that may not have interested me, I had conversations, with friends, acquaintances, and strangers in the heart of the isolation I did not know. I went to see the invisible with a sincere interest to learn, far more than observe. To listen, not talk; to feel the impression of expression – not to express. I traveled the path to meet racism – He is a mighty stubborn old King. His reign of tyranny must end.

I believe in this idealism, in this promise, created in fierce opposition to historical tyranny of Kings:

“The unanimous Declaration of the thirteen united States of America, When in the Course of human events, it becomes necessary for one people to dissolve the political bands which have connected them with another, and to assume among the powers of the earth, the separate and equal station to which the Laws of Nature and of Nature’s God entitle them, a decent respect to the opinions of mankind requires that they should declare the causes which impel them to the separation.

We hold these truths to be self-evident, that all men are created equal, that they are endowed by their Creator with certain unalienable Rights, that among these are Life, Liberty and the pursuit of Happiness.–That to secure these rights, Governments are instituted among Men, deriving their just powers from the consent of the governed, –That whenever any Form of Government becomes destructive of these ends, it is the Right of the People to alter or to abolish it, and to institute new Government, laying its foundation on such principles and organizing its powers in such form, as to them shall seem most likely to affect their Safety and Happiness.”

We have become divided at a time when we need to be united. We have separated from the “laws of nature” and purpose, in which we are all equally bound, choosing to strengthen political bands in the overwhelmingly evident age where they need to be dissolved.

I love my country.

I love my country and I believe in people. Which is what the country is/was/could be about according to the organizing documents: “We the People of the United States, in Order to form a more perfect Union, establish Justice, insure domestic Tranquility, provide for the common defence, promote the general Welfare, and secure the Blessings of Liberty to ourselves and our Posterity, do ordain and establish this Constitution for the United States of America.”

There are no red or blue letters, not blacks and whites or shades of hue. We have largely failed to grasp the opportunity to evolve, mature, become better. We cling tightly to hold our inheritance and not share our hope. We have become divisive in our getting and exclusive in giving. Our inclusion small – our exclusion large.

We are the change that is needed now. Me, you, each of us – all of us. Our great change, the obvious and present demand, will emerge and flow out from within us – it will not appear from the outside. It is the opportunity and responsibility of me, not others. Of each of us; not them.

I believe in people, not institutions. I believe in the formation of new paths, not the “lines to toe.”

I believe in you. Do you? 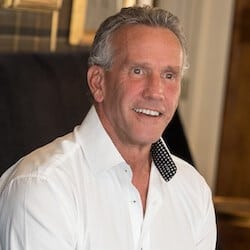 Mike Vacantihttps://mjvacanti.com/
Mike believes, “It’s more than what we accomplish – it’s who we become along the journey!” His mission is to Lift Others, helping people discover their potential, embrace a growth mindset and achieve at inspired levels. Mike has transformed businesses and inspired people to perform at levels they didn’t think possible. Mike's known as a great listener and collaborative, creative problem solver. For generating speed and confidence through innovation and transformation. His current endeavors as advisor, consultant, and keynote speaker, are shifting the belief in what is possible and opening hearts to a better vision and future of business around the globe. Sharing his extensive career of invention, reinvention and highly complex business combinations, he consistently delivers on the belief that the heart of any organization is People – People drive results. Mike has released his new book, BELIEVERSHIP: The Superpower Beyond Leadership, and is the Founder of HumansFirst, a global community of positive change catalysts. Following many years in advertising and marketing, He launched early-stage start-ups & led M&A initiatives for publicly traded tech companies. Five-times he was thrust into the chaos of transformation and helped people navigate the doubt, fear, and chaos of significant change. His teams exceeded expectations, consistently beat the challenge, learned a lot and had some fun.

BELIEVERSHIP –The Superpower Beyond Leadership