Stepping into the past helped me step into the present.

If my guide, Steve, hadn’t pointed it out, I would have missed it – just like everyone else walking on the quiet London street appeared to. There, in fading white letters stenciled against the background of black bricks is the word “SHELTER.” Below it is a white arrow pointing down toward a flight of stairs, which leads to the basement of a London flat.

“If one of the bombs had fallen directly on them down there,” cautioned Steve, “it would have been the end.  There wasn’t much between them and the road, but it was better than being caught out in the open.”

The “bombs” to which Steve referred speak to Germany’s campaign at the beginning of WWII to force England to capitulate by destroying its industrial centers. When that effort failed, Hitler turned his wrath on the population. Starting on September 7, 1940, and continuing for the next 57 days and nights, the German air force indiscriminately bombed London and other cities across the country.

In total, Steve pointed out, some 20,000 Londoners perished from the bombings, fires, and collapse of buildings in what has come to be known as “the Blitz.” Later in the war, another 10,000 would die at the hands of Germany’s unmanned V1 and V2 rockets. I think of the trauma we experienced on one day – September 9, 2001. It’s hard to imagine what Londoners went through. 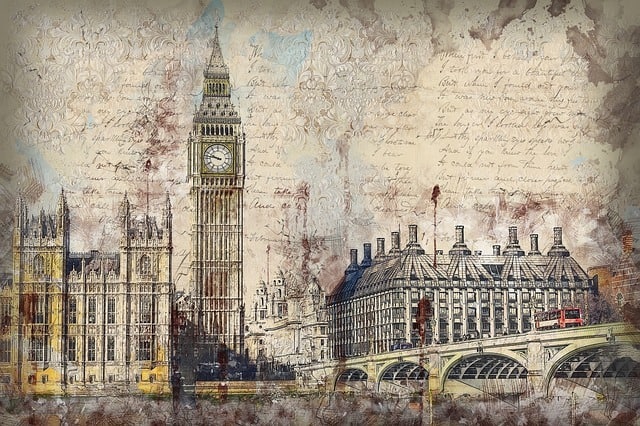 But that is, in part, why I’m here in London. As a former high school history teacher and a long-time student of WWII, I had engaged Steve to lead me on a tour of what evidence still remains of those days. I wanted again to “walk in the footsteps of history” to feel, if only in a small way, what Londoners might have felt during those dark nights.

Interestingly, by stepping into the past, I opened a more important door to my present.

For three hours, Steve conducts a graduate class in “then” and “now.” “Then” are photographs, first-person accounts, and actual artifacts from the days of “the Blitz”; “now” are the sites as they are today.

Along the way, Steve adds depth by sharing examples of British pluck. For example, the following message was posted in theatres and cinemas across London:

“WHEN AN AIR RAID WARNING IS RECEIVED, YOU WILL BE INFORMED FROM THE STAGE. THOSE WISHING TO LEAVE WILL HAVE SEVEN MINUTES TO FIND SHELTER. FOR THOSE DESIRING TO STAY, THE SHOW WILL GO ON. WALK, NOT RUN TO THE EXITS. DO NOT PANIC. REMEMBER, YOU ARE BRITISH.”

Steve and I eventually part more as friends than as guide and client. He is deeply passionate about this slice of British history and is eager to share it like a good meal. For a few hours, I have the privilege of sitting around a metaphorical campfire, listening to a tribal elder share the stories of the past – Steve’s words lighting the air like embers.


As I head off to meet my wife for lunch, I am struck by the realization that most Londoners walk by these places every day and see nothing. The past whispers “I am here,” but there is little or no realization on the part of most pedestrians who are focusing on their smartphones.

Dutifully chastised, I walk on. But for blocks, I have this evolving and gnawing feeling that there is more here.

And eventually I settle on this: It is not just our past that we miss. All too often it is our present.

Here, I will only focus on myself. I can easily take today for granted, presuming it has some inevitability to it. But when I lean back from the keyboard for a moment, I am reminded that it doesn’t. Here in London, I could easily step into the path of a double-decker bus because I looked left instead of right. Or a critical artery in my chest could suddenly close as I hop from the subway car in an effort to “Mind the Gap.” (“Damn my obsession with cheese!” I think just before I hit the platform.)

“You could be dead tomorrow,” my dad used to caution. With the misguided omniscience of youth, I dismissed his assertion with an arrogant roll of my eyes. But I realize now that he was right.

Here’s my problem: I am on autopilot much of the time. My days are a series of predictable routines. I do this, then I do that. That pattern breeds a certain comfortability, but it is also opioid-like. I’m lulled into a Groundhog Day misbelief that tomorrow will safely be just like today.

“There are no guarantees in life,” my dad would pontificate after his breakfast ritual of reading the Chicago Tribune’s obituary’s page.

I am a list maker, a task doer. I’ve been known to add a task that I’ve already accomplished to a “To Do” list just so I can cross it off. Laugh if you must, but I find great satisfaction in that. And those tasks, I recognize now, don’t involve either me or my spouse, siblings, relatives, or friends as often as they should.  I tend to gravitate to the accomplishment of things than on the deepening of relationships.

Much to my trainer’s dismay, you won’t see “gym” at the top of my daily list. You won’t see “do something…totally unexpected for Jennifer today.” Nor will you see a bulleted item that reads “don’t make a list today.”

Here in London, my wife and I have been using an app that helps us navigate the city without the benefit of WiFi. On the one hand, it’s a marvelous tool, as it allows us to find our way without having to fumble with a large map at every corner – “Tourist!” figuratively stamped across our foreheads. Instead, we blend in with the many other Londoners looking down at their phones as they walk. 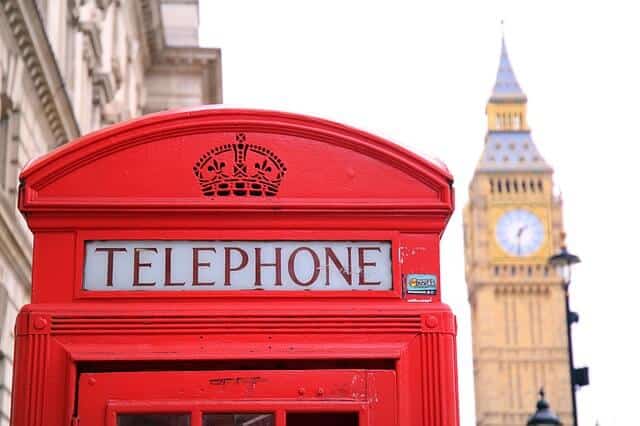 My phone becomes a divining rod of sorts for tracking down another one of London’s “hidden gems” – yes, from the list I made before we left New York. But in the process, we miss much of what’s around us. How, for example, did Abbey Road, Brick Lane, Piccadilly, and Oxford Circus come to be named? How are they more than just points on a map or signs on a wall that help us not get lost?

I think most of us tend to have difficulty with being lost. We don’t look at uncertainty and mystery as an opportunity – a fun plot twist in our daily story. Instead, we either cling to the clarity of the past, or we try to peer through the fog of what’s not known about tomorrow. As a result, we can miss what’s right in front of us.

How many times when I’m (supposed to be) listening to a friend or my significant other does something they say trigger a memory or encourage me to make a mental note of something I need to do? (There now, I’ve missed an entire paragraph! What time are we supposed to meet our friends for dinner?) But I gamely nod on like I’ve soaked up Jen’s every word.

I look up from the app on phone just in time to catch the name of a pub I’m approaching: “The Viaduct Tavern.” I stop and look around for the viaduct and don’t immediately see one.

Oooh, a mystery! “Maybe we should get us a pint,” I tell myself, “and find out more.”

Go Outside and Play

I Know Who Can Solve Our Problem