Human Rights In The 21st Century?

There’s A Conference For That

I don’t usually do this. And for that matter, neither does BizCatalyst 360°. But this is different. This is important.

I live in the West. Always have done. Even when I lived in Africa as a child and later in ‘The East’, I lived in a Westerners cocoon. And because of that, I have always had ‘my rights’. In fact they are so ingrained in my thinking, that I am sure that anyone with a similar background would just assume that they were there. And always were. Any historian will tell you that they weren’t. But we really only codified them just seventy years ago.[1]

Seventy Years later, we live in the very different, global, always on, inter-connected, digital world of 2018 and thankfully people are thinking about what that means and how it affects our rights.

On December 10th (the 70th Birthday of the declaration), there is a conference that will be exploring what those rights mean today. 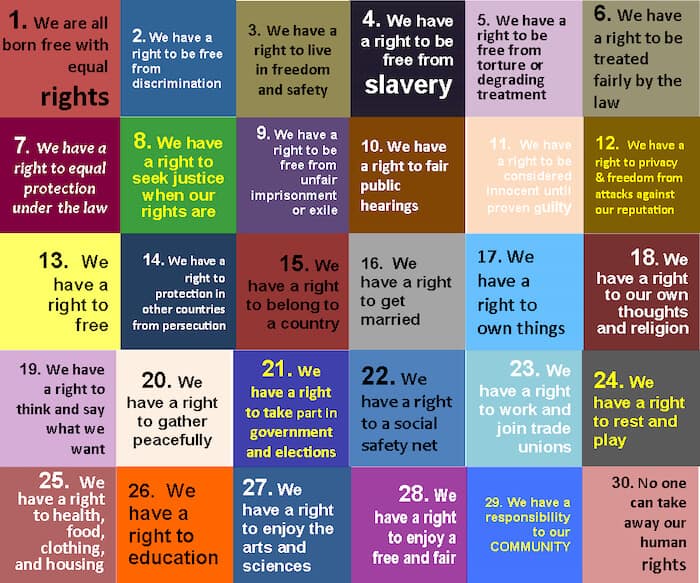 If you are in and / or around San Jose on December 10th – or want to make the journey anyway it looks like an awesome line up of guests including the ‘inventor’ of the internet and the ‘inventor’ of the web – and that is just the start. One speaker that I am personally delighted to see on the agenda is Jeremy Heimans. I have followed him for years after hearing his Ted talk embedded in the Article below and look forward to learn how his ‘New Power / Old Power … New Values / Old Values’ model has evolved:

REGISTER FOR THE CONFERENCE HERE

Finally – regardless of your personal interest or ability to attend – please do forward this article on to those that you know that might be able to attend. It’s important, valuable and well worthwhile.

[1] On December 10th 1948, at its third ever session, the United Nations General Assembly adopted Resolution 217 – otherwise known as the Declaration of Human Rights Of the 58 member states at the time, 48 voted in favor. (Think about that. That means 10 states in the United Nations Assembly in 1948 couldn’t being themselves to vote for a resolution that included the right to fair public hearings or a right to be treated fairly by law … so make no mistake … your rights as a human being are not given and even today, 70 years later, should not be assumed.)

Forty two years ago, that resolution lead to ‘The International Bill Of Human Rights’ (though sad to say even there the United States ( who through the work of Eleanor Roosevelt was one of the key movers in introducing the original resolution) does not agree that the “the Declaration does not of its own force impose obligations as a matter of international law.”