How to Use LinkedIn Publishing to Build Your Personal Brand

FOR YEARS, LinkedIn’s publishing platform was an amazing platform for selected influencers to grow their followers even further by publishing content for Li

nkedIn users. Recently, LinkedIn opened up the opportunity for everyone to apply to contribute to its publishing platform.

While some people have experienced a surge of exposure from their LinkedIn articles, others have found their articles to have less reach than their own blogs or other platforms. What makes some articles more successful than others?

For a one week period, I researched some of the articles and the people writing them that have done well on LinkedIn. After gathering some numbers on 80 posts that were featured as popular on the Pulse (LinkedIn’s most popular user contributed articles), I noticed some interesting patterns.

Here are some useful details that may be useful before you write your next LinkedIn post.

After analyzing my own feed and viewing what is popular, it appears that articles that focus on business, careers and employment are the most popular on LinkedIn. I performed the analysis by listing the 10 top posts in my feed and identifying the topics of each.

However, LinkedIn does not appear to be targeting these interests with their articles at the moment. The articles that I am seeing appear instead to be articles that have proven to be popular in general to the LinkedIn population.

Career topics were the most popular, consisting of 42.5% of posts featured. Self improvement was second with 15% and business & entrepreneurship with 10%. Other categories included sales, marketing, technology, personal blogs, and hiring and management.

Key Takeaway: Study your feed to see what topics LinkedIn is serving you. Target topics that have broader general appeal and that focus on business, self improvement or careers.

Many of the posts in my feed were from people that were labeled LinkedIn influencers, but even some non-influencers had at least a couple of thousand followers. Many people have speculated that LinkedIn probably uses views, comments and shares on an article to determine if that article should be shown to other people.

So it stands to reason that having a large initial following can be helpful when you publish a new article. When you publish and article on LinkedIn, it appears on the feeds of everyone that is connected to you.

People with large followings also have followers with a diversity of backgrounds and interests, so it makes sense that a more broadly targeted article would generate more comments, shares and views.

Key Takeaway: Make it a habit to grow your following every day. Network with people in real life and online and see if you can connect with them on LinkedIn.

LinkedIn suggests that you write short posts and post fairly often to be successful with their platform. Yet interestingly enough, a lot of research has been done to show that longer posts generally do better on the web and receive more social shares and backlinks for SEO.

So how long should your posts be when publishing to LinkedIn? Should we follow LinkedIn’s suggestions or write longer posts? Here’s what we found when looking at the post length of successful LinkedIn posts…

The average post length is 961 words and in general, but many posts on LinkedIn were in fact fairly short in length. 74% of posts were under 1,000 words and 21% were under 500 words. Perhaps unlike blogs, people on LinkedIn have shorter attention spans.

Remember that most people aren’t on LinkedIn to read blog posts, they are there to connect with other professionals. A short post offering them the opportunity to comment can provide readers the opportunity to showcase their expertise or opinions and interact with you and other readers.

Key Takeaway: Posts that do well on LinkedIn vary in length. Start with shorter posts, but experiment with longer posts as well. View the statistics and see what your followers prefer.

You don’t have to use images when publishing on LinkedIn, but most posts became popular on LinkedIn have at least one image. Some are simple stock images and others have text added.

Images can make your post more visible, so even adding a stock image may be better than having no image at all. In any case, adding an image to the post seems to be a common practice among successful LinkedIn posts.

Only 14% of posts that made it into LinkedIn’s top daily posts didn’t have images. For the rest of the posts, most of the images were either stock images or images that were copied from the web, like celebrity images. Just a few people used personal photos or illustrations.

Key Takeaway: Take the time to find a good image and add it to your post, even if it is just a stock image. You don’t have to spend a lot of time on images, but having an image seems to be a common practice among top LinkedIn publishers.

LinkedIn can be a great way to gain exposure to a business minded audience. Some key points to remember when writing for LinkedIn: 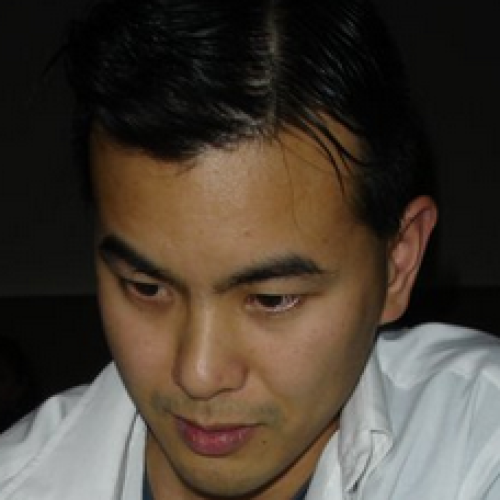