How to Understand His and Her Mindset and Needs?

We all know that men and women are totally different. No secret. We think, we feel and we see things differently. In general, men are more visual, while women are more emotional. It’s because the left part of the brain, which is more analytical and logical, and the right part of the brain, which is more intuitive and creative, differ a lot between men and women.

Women’s emotional tank is much bigger than that of men. In addition, the two hemispheres of a woman’s brain talk to each other more than a man’s do, and that’s why women multitaskers, and they can switch within minutes from being sad to being happy. Yes, we can do it, while men have more difficulty switching between the two parts of the brain. For more scientific explanation I refer you to numerous sources on the internet.

Men are not mind readers, while women are more intuitive.

A woman should not assume what her man thinks, because she doesn’t know how his mind operates. He cannot read her mind, either. If a woman is upset at her man because he didn’t do something the way she wanted, he won’t know how she feels unless she tells him. Same in bed: if she doesn’t communicate what she really enjoys and what she doesn’t, he will never know it.

If a woman likes receiving roses from her man, she needs to tell him that. Otherwise, he won’t know it. If he gives her another face cream for her birthday, while she has several of them already, she should thank him and let him know that next year she would like to receive perfumes. If that woman hasn’t told him that she has enough face creams, how can he know that, especially when every time she thanked him with a smile and gave him a kiss on his lips? He simply always thought that she liked those creams.

Men have also different needs and different values in relation to happiness and achievements.

In general, women want to make their families happy and their homes a loving place. Most women feel successful when they create a happy relationship, have a loving man next to them, maybe children, they manage the household well, and maintain a social network. Men’s primary needs are to achieve at work, support their families financially, and make their women happy.

Men feel successful when they achieve something, especially at work, when their project has been accepted, when they get a raise or bonus, when they are promoted, or when they make a career. All these achievements make them feel significant, also in the relationship. And that’s why they are devoted to a woman who puts them up, not down. What men want from their women is just their full support, understanding, and appreciation. Then men will do everything to make their woman happy.

Men are always working toward a goal.

Whatever men do must have a purpose. That’s why they don’t talk that much. They open their mouth only to give a conclusion or solution, when they achieve their goal, while women talk while they are thinking and processing. That’s why also women can call their friends and talk for hours with no specific reason. We, women, can talk a lot.

Many men also have the need to achieve in sports. I live in the Netherlands and almost every man bikes and goes to the gym a few times a week, regardless the age. They want to look good and compete with their buddies. It can be on a soccer field, a golf course, a tennis court, or in terms of their muscles.

Men and women show their love differently, too.

Men show their love rather through their actions than their words. They don’t often say, “I love you,” while women say it quite often, and they expect to hear it back. Men will rather surprise their woman with breakfast in bed or will help her with the household chores.

Many men want to make themselves busy pretty much nonstop.

They will be always looking for new things to do, anything, like extra training, new hobbies, something to fix at home, extra work, etc. Men are simply achievers. When women give their men the freedom to be busy their way, they will cherish their women forever.

Here below are a few other tips on how a woman can improve her communication with her man.

Men like to share their knowledge and opinion. When you ask your man about his opinion, let him process his thoughts and verbalize them. Give him sufficient time to do it without pressing him and without putting words in his mouth.

Men are solution-driven. Before you start any discussion with him, explain clearly the purpose of the discussion, and what you expect from him. Do you need him to just listen, cuddle you, or you need a solution?

Men would like to help you. Don’t make a point if he does something in a way you didn’t expect. Maybe he had a different perception than you, the best in his opinion. Don’t criticize him then. It’s a misunderstanding that can be avoided next time with proper communication. 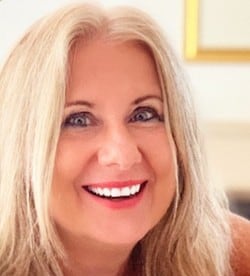 Sylwia Borowyhttps://newomancoaching.com/
Sylwia is a Certified Life Coach who handles the whole range of different human problems and situations. She helps her clients rediscover the strengths, passions, and potential, and find a new purpose in life. She helps them boost their self-esteem and self-confidence, and find more joy and positivity in their lives. In her coaching practice, she focuses on the key relationships in the lives of her clients, and she helps them improve those relationships. Why? Because, as human beings, we have the need to belong to communities. Together with her clients, she brainstorms various options and ideas so that her clients can live happily according to their values and beliefs. Her motto is: “Believe in Your Strengths.” She started her career as a Banker after graduating from the Warsaw School of Economics where she earned her master’s degree in Economics. After 16 years working in Risk Management area in Poland and in the Netherlands, she enjoyed ex-pat life in Brazil and Mexico for another 8 years raising her twins, now young adults. After she experienced several challenging transitions in her life, she decided to help others through her coaching services and writing about how to enjoy life.