Change Teams: Dysfunctions –What to Do When it’s Not Working?

How to Save a Life: Collision Avoidance Systems

There’s a perceptible roar as the gas-powered pickup truck seems to accelerate from behind the SUV like an arrow shot from a bow.

The frames of the two vehicles collide in a rear-end collision and the distinct sound of crumpling metal can be heard. Windshields splinter, crack and shatter, glass pours down in beads.

Inside, airbags balloon from the steering wheel and their respective front and side hidden compartments. Occupants are firmly restrained by seat belts and slammed back into their seats before their vehicles come to an eerie, silent stop.

“This is why I give my dad so much shit for not putting his seat belt on right away! If his car didn’t beep at him, the man would never wear it,” states a shocked teenager.

Someone points out how the driver of the rear-ended vehicle could have averted the accident or minimized the damage; “Always keep your eyes on your mirrors. If you catch it in time, hit the gas. Getting hit while moving forward slowly reduces the impact.

Also, don’t pull up so close to the car ahead of you. Give yourself a way out if you need to suddenly move.”

During the chaos of a rear-end collision, vehicle occupants are forced backward as there is a dynamic transference of kinetic energy.

“Kinetic energy, a form of energy that an object or a particle has by reason of its motion. If work, which transfers energy, is done on an object by applying a net force, the object speeds up and thereby gains kinetic energy.” – Encyclopedia Brittanica

At their core, these systems utilize radar, cameras or lasers to help prevent rear-end collisions with vehicles typically on the road ahead, moving in the same direction.

When a possible collision is detected, Forward Collision Warning coupled with Autonomous Emergency Braking, also known as Front Assist can help downplay the effects of a car crash in four steps.

Step 1 (Advance Alert): At a certain speed, drivers are warned through optical and sound alerts that an accident is possible. These alerts often provide the stimulus for drivers to apply their brakes.

Step 2 (Intermediate Warning): The brakes seem to take on a life of their own with a distinct warning vibration.

Step 3 (Autonomous Braking): If the driver does not intervene after the second step, automatic braking can occur.

Step 4 (Required Brake Pressure Applied): If the driver doesn’t apply enough pressure on the brakes, the vehicle will automatically adapt full-stop-braking on an as-needed basis to avert a collision and any significant transference of kinetic energy.

According to the American Automobile Association, a surprising 40% of drivers did not grasp the technology’s limitations or incorrectly believed that the system could monitor occurrences behind them.

Forward Collision Warning systems are not designed to prevent side crashes and head-on collisions. Their accuracy is fallible when dirty or obstructed, exposed to glare, inside tunnels, parking garages, over railroad tracks, curved roads, steep driveways, and when driving in heavy rain, snow, or spray. They’re also not expected to work when driving in reverse.

As with all things, utilize common sense, alertness, and caution. Especially when you’re behind the wheel and lives are at stake. 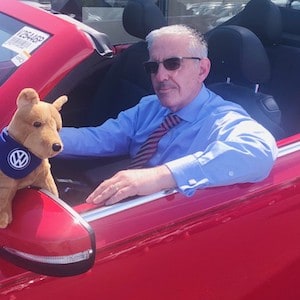